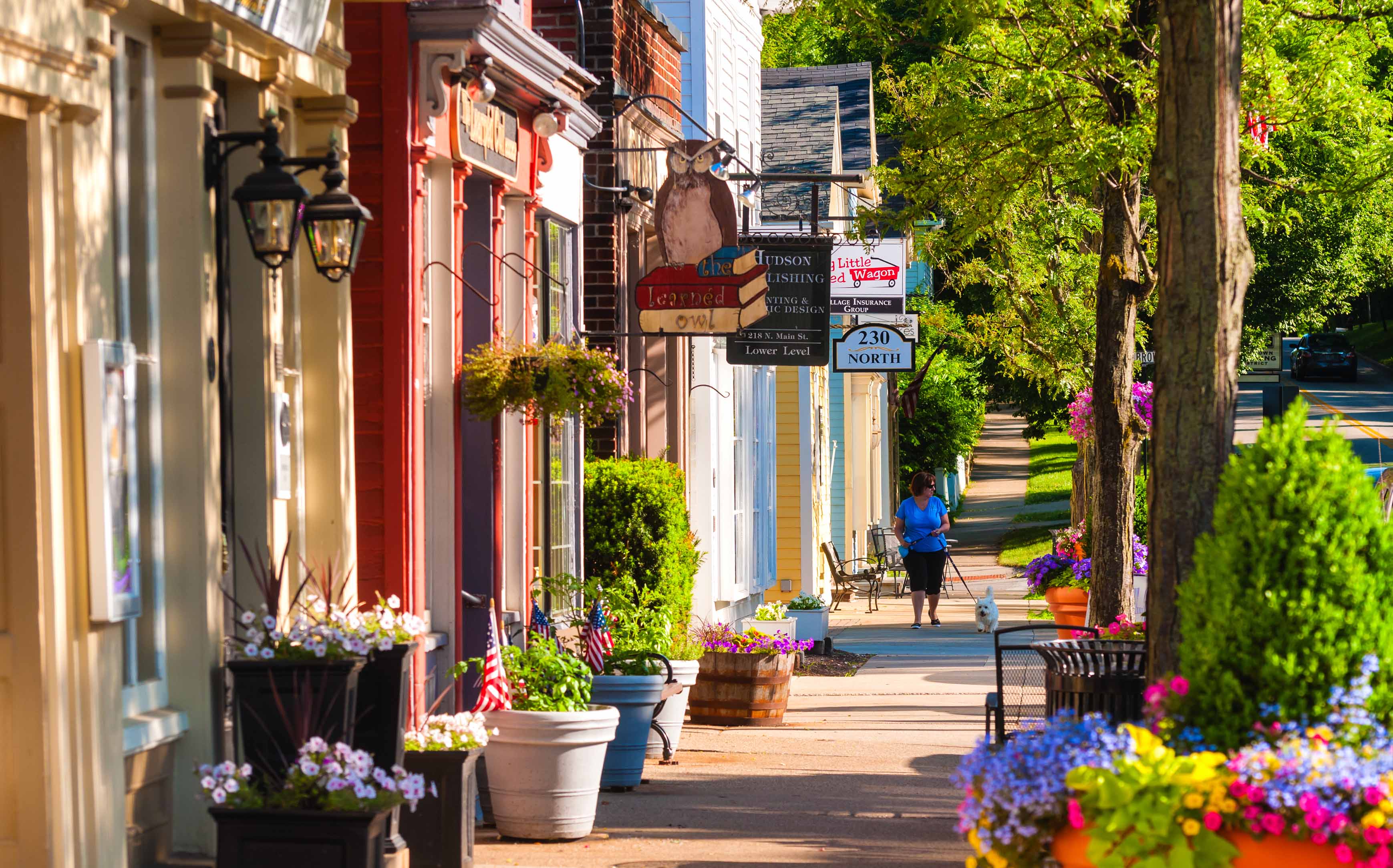 10 small towns you have to see

More and more people want to visit small, out-of-the-way towns, according to Pinterest’s top trends for 2019. They want gorgeous views, unique accommodations and relaxing experiences. Canada is teeming with interesting small towns to visit, but we’ve picked out a selection of 10 places across the country that are worth keeping in mind next time you want to plan a trip.


With a population just under 5,000, Almonte has the ultimate small-town feel, says Rishi Kapoor, founder and CEO of Nanak Flights. “From boutique shops to a world-class chocolaterie, Hummingbird Chocolate, the main street is lined with small businesses and friendly people,” he says, adding that Almonte is just a 40-minute drive from downtown Ottawa. “The town also has scenic views of the Grand Falls on the Mississippi River.”


After polling 1,000 Canadians to find out their favourite small towns, travel giant Expedia pulled together a list of 25 places to visit across the country. Charlevoix falls at No. 8, and if you are a cheese lover, this is the place for you.. And on top of all the cheese, there are also a lot of other yummy things to eat and drink – and it’s a gorgeous town to boot.


Fort Smith is a dream destination for outdoorsy types, according to Readers Digest. The Chipewyan name for the region is Thebacha, meaning “beside the rapids”, according to the town’s website. Indeed, the town is right next to Slave River and is teeming with wildlife and beautiful natural scenes.


Murals are all over the place in Legal, Readers Digest writes. Anyone who loves art will have a great time walking through this town exploring each street. There are more than 35 murals to see, according to the town’s website, and while Legal is known as the French Mural Capital of Canada, it was officially recognized as the French Mural Capital of the World per capita, in 2011.


Ranking No. 2 on Expedia’s list of Canadians’ favourite small towns is classic small town Niagara-on-the-Lake. Known for its restaurants, boutique stores, picturesque views and tons of nearby wineries, Niagara-on-the-Lake is both quaint and upscale, and a great choice for a day trip with friends if you live in the Greater Toronto Area or a longer adventure if you have the time.


“New Westminster, nicknamed the Royal City, was the first capital of the province of British Columbia, a key starting off point for the Gold Rush Trail and is today considered the place for young creative people to call home,” says Judy Frankel, executive director of Tourism New Westminster. Just 10 miles from downtown Vancouver, this town is at the heart of the maker movement, says Frankel, with its great craft breweries and restaurants. “Think Brooklyn of the Pacific Northwest and you start to get the idea.”


O’Leary topped a Readers Digest list of charming Canadian towns. It’s a great choice for seafood lovers and any city dwellers who want a break from the sirens and the smog to breathe in a little ocean air. Agriculture buffs can also visit the Potato Museum to learn about a key element of this community’s history.


Peggy’s Cove also made it onto Expedia’s list, which describes it as “a place to get back to the root of things: salty air, soft sand, and good eats.” Enough said, no? If you have a penchant for lighthouses, you may also want to check out Peggy’s Point Lighthouse, which was built in 1915. While the province is home to more than 160 lighthouses, its tourism website notes that none has been photographed as much as the one in Peggy’s Point.


Expedia describes this town as having a storybook atmosphere, and pictures of Saint-Saveur definitely fit that bill. While there are all sorts of things to do here, ice skating is one of the most popular.


Did you know you can go scuba diving in Ontario? With about 20 shipwrecks to check out, Tobermory is a great place to do that. This town is a great choice for outdoor fun for all ages – and in any season.