Kim Weardon lost 54kg in 14 months and has kept it off through life's events!

3 things I learned on my journey 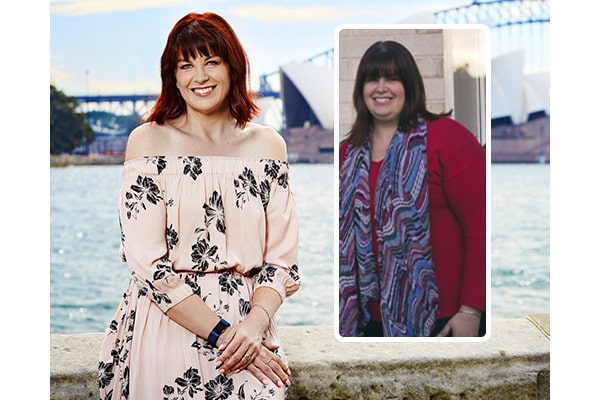 A reminder of reaching her goals

Whenever Kim Weardon looks at the gorgeous Pandora ring on her finger she remembers how much she has achieved. Her husband Phil bought her the ring when she reached her goal. “I wanted to mark the occasion with something that would last, as a visual reminder of how far I've come.”

Her ring is also a testament to how strong and determined Kim can be once she sets her mind to something – like losing 54kg.

“Even as a young child I was considered big for my age,” says Kim. “There are photos of me in primary school and I was big even then. In fact, almost all the women in my family have struggled with their weight. Both grandparents on both sides of my family were overweight. It’s part genetics and part learned behaviours.”

Coming back to the WW program

Kim had signed up to WW twice before, losing 10kg after her son Daniel was born, and then again eight years ago when she managed to lose 20kg on the program. “I lost the weight but I didn’t keep it off. I’d go back to old habits and I never reached Goal” she says.

Kim’s doctor prescribed pills and meal replacement plans, but they didn’t help. Her weight was already spiralling out of control when, six years ago, Kim lost her job as a community welfare worker.

“It felt like my whole world was falling apart. I felt betrayed, not valued. For a year I didn’t work at all. I just stayed at home and tried to figure out what I was going to do with my life. It was a very stressful and challenging time and the weight just piled on. I ate to try to feel better.

“Like a lot of families, we were given food treats when we were growing up. I’d go shopping with Mum and she’d always buy me a cake or sweet treat. I associated eating with feeling good, so I knew I was an emotional eater,” she says.

When a friend invited Kim to give WW another try, she knew this time she was ready. “My friend said she was going to join and asked was I interested in going with her. And you know, at that very moment I made a solid decision. I decided I was going to do WW again and this time I was going to reach Goal.”

Staying on track over the holiday season

Kim knew the journey she was setting out on wouldn’t be easy – but she also knew that the Program worked, and this time she would give it her all.

“It was July 2016. Christmas was coming up. I had booked a cruise in January and then Easter would be around the corner. It was going to be a challenge to get through all that, but I didn’t want to put it off. I was determined. I thought, if I can lose weight over these big events, then I can reach Goal and maintain it forever.”

Chocolate and hot chips were Kim’s favourite go-to treats, so she swapped them for WW Bars and a handful of mixed nuts. She started buying more fresh food and less packaged products and had fresh fruit every day.

“In the beginning I was losing an average of 1.5kg a week, which is half a kilo more than the recommended healthy weight loss rate. I was eating less than my daily SmartPoints Budget and not touching my extras at all. Then when my doctor said I was low in iron, I decided to stick to my Budget and lose the weight more slowly. I still managed to reach Goal in just over a year,” Kim says.

“I made a really light Christmas lunch for the family with roast meat and colourful salads. We were going to a friend’s house later and I took a watermelon fruit wreath for dessert. I was strict but I didn’t feel like I was missing out.”

“I still had chocolate, but the good-quality dark chocolate, and not the whole block like I was having before.”

“I got myself a Fitbit and walked everywhere on the ship. I set goals to reach 11,000 steps a day. If at 9pm I had another 1000 steps to go I would walk all over the ship until I reached my step goal.”