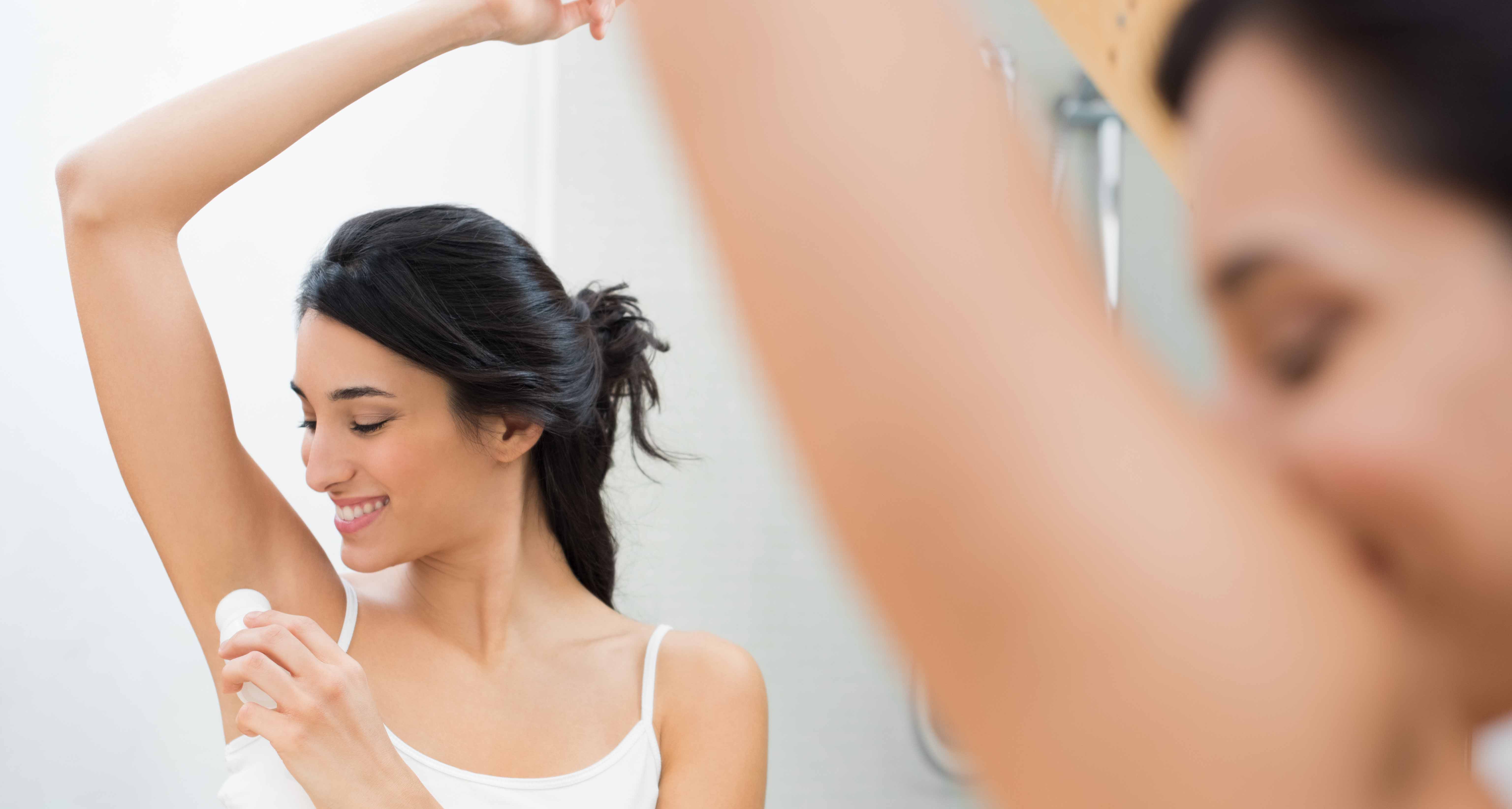 The Skinny on Natural Deodorant

What it is and why it’s different.
Sarah Munn

If you haven’t tried it, you’ve probably at least heard of it – natural deodorant. Many people have sworn off traditional deodorant altogether, citing negative effects on health and making the switch to products made from more natural ingredients.

“There is currently a big controversy over deodorant and the potentially harmful ingredients it contains,” says Caitlin Hoff, Health & Safety Investigator for ConsumerSafety.org. “To protect their bodies and the environment, many people have made the switch to natural deodorants, but the debate still continues as to which is better for you and which works better against your sweat.”

The main cause of consumers’ concerns is aluminum, the active ingredient in most traditional deodorants/antiperspirants which is said to be linked to skin irritation, cancer, and Alzheimer’s disease. Other ingredients commonly found in traditional deodorants (and many other personal care products) are parabens and phthalates, which are considered endocrine-disrupting chemicals.

“Aluminum in salt form in antiperspirants or deodorants mixes with sweat and forms a gel that blocks the sweat gland from releasing more moisture. The fragrance works to mask odour and another ingredient, alcohol, can work to increase drying of already released sweat by evaporation,” explains Dr. Kyrin Dunston.

A German study published last year in Deutsches Ärzteblatt International – the German Medical Association's official international bilingual science journal – analyzed aluminum exposure and health effects, and concluded, “A carcinogenic effect of aluminum has not been proven to date” and “There is currently no evidence for an association between aluminum exposure and the development of breast cancer or Alzheimer’s disease.”

However, “many people just feel [they are being] safer and kinder to their body by using natural deodorants,” Hoff says.

“When people speak about ‘natural’ deodorant or antiperspirant, they are generally talking about substances found naturally in nature … or deodorants that do not contain the main active ingredient in most commercially available deodorants, which is aluminum. Also, many natural products do not contain the artificial fragrances included in many commercially prepared products,” Dunston says.

“There are several commercially available natural deodorants that … use natural antibacterials, such as baking soda or essential oils, to keep bacteria and odors at bay. Many essential oils, including oregano, tea tree, eucalyptus, bergamot, lemon grass, thyme, lavender and peppermint have excellent antibacterial properties,” she adds.

Some of the other natural ingredients that work well in deodorants, according to Dr. Lauren Deville, include:

If you’re looking to avoid deodorants that contain aluminum, Deville notes, remember that it can also be listed as “alum” – you’ll often see this in the ingredient lists for “natural” crystal rock deodorants.

The potential downside to making the switch is, “there are many ‘natural’ deodorants out there that don't work very well,” Dunston says. So you may have to shop around.

But one important thing to remember when you’re trying out natural alternatives is the difference between deodorants and antiperspirants – they are not the same thing.

“It is common for someone to try a natural deodorant and say, ‘this doesn’t work’,” says Hoff. “While their pits may smell nice, they are sweating profusely. This is a big public misconception of deodorants – they aren’t meant to stop sweat. An antiperspirant works to reduce sweat and in our consumer market today, most products labelled ‘deodorant’ are both a deodorant and an antiperspirant. So, when asking if a natural deodorant works, it’s very important to recognize what its main job is.”