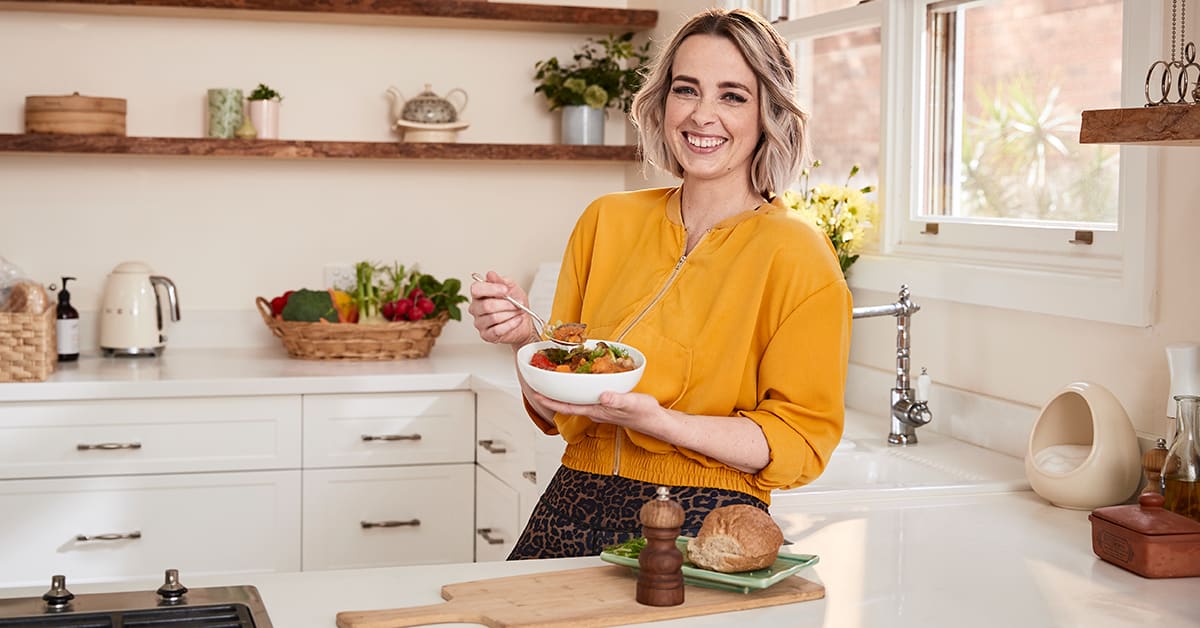 What is metabolism? Everything you need to know

Looking for answers about your metabolism? Read on for a deep dive into what metabolism really means for your weight and wellness journey.

You’ve probably heard the mantra, 'weight loss is a matter of calories in vs. calories out'. Most of us have a decent grasp of the “calories in” part—it’s all about what you eat! When it comes to “calories out,” however, many of us are downright mystified. How much energy do our bodies actually need and use in a given day? Is that what metabolism means? And if so, is it possible to make metabolism faster so the body burns more calories?

Whether or not you’re trying to lose weight at the moment, gaining a fuller understanding of metabolism can be helpful in your wellness journey. To that end, we asked experts to walk us through what metabolism actually is, how it plays out the body, and whether it’s really adjustable for weight management.

Read on to find out everything you wanted to know about metabolism.

Many people think of metabolism as a simple measure of how quickly our bodies burn through calories. There’s a bit more to it than that, says Dr. Scott Summers, PhD, chair of the department of nutrition and integrative physiology at the University of Utah School of Medicine, America. Metabolism is actually a collective term for the many processes that convert food and nutrients into energy and building blocks the body needs, he explains.

Metabolic processes fall into two main categories. Those that contribute to growth are described as anabolic (the creation of new molecules). The other category being catabolic processes, which break down complex substances for the body to use in other ways. Both types of processes require energy.

Though metabolic functions are a big determinant of your daily calorie needs, metabolism isn’t just about weight, Dr. Summers emphasises. It’s really about how the body captures and utilises energy to carry out the tasks that keep our body's functioning.

Your body is pretty much a factory that’s always working. Day and night, it produces important materials, including cells, tissues, hormones, and enzymes, to name a few. Called anabolism, this family of processes is your body’s growth and building mode, says registered dietitian and nutritionist Kathleen Zelman. One example of an anabolic process is muscle protein synthesis, the process whereby new proteins are formed, leading to muscle growth.

Whether you’re bike riding or reading calmly at a desk, your body needs fuel. The minimum amount of energy your body needs—i.e., while you’re doing absolutely nothing—is known as your basal metabolic rate (BMR). “That’s the energy it takes to be alive,” says Dr. Douglas White, PhD, an associate professor of nutrition and dietetics. BMR, usually expressed as calories per day, covers the vital functions of the heart, lungs, digestive system, and more, he explains.

In general, BMR likely accounts for 60% to 80% of all calories you metabolise. Figuring out your exact BMR, however, would require some fairly involved measurement. The process generally requires an overnight stay in a lab setting under strict conditions—no eating for 12 hours beforehand, with a full night of sound sleep required. First thing in the morning, a lab specialist measures the body's internal heat production by analysing the gases in your breath (a technique known as indirect calorimetry). These findings are then used to determine the baseline number of calories your body needs per day. Most people do not know their actual BMR—nor do they need to in the absence of a metabolic issue or related health concern, Dr. White says.

You may have also heard of a similar measurement called resting metabolic rate (RMR), or resting energy expenditure. In clinical settings, specialists calculate RMR using the same calorimetry technique used for BMR but under less restrictive conditions—no fasting required, for example. An RMR value is generally a bit higher than a BMR value because it may include heat generated from digestion. Among metabolic specialists, BMR is considered the preferred standard over RMR, Dr. White says.

If you’ve ever done a Google search for metabolism, you may have come across quick formulas aimed at calculating your BMR or RMR based on factors such as your age, weight, height, and sex. Just note that these tools, while seemingly convenient for estimating baseline calorie needs, vary in the results they produce and may not be as accurate as what a lab test would tell you.

What bodily functions does metabolism include?

Metabolism affects every process in the body that uses or converts energy, including:

As mentioned earlier, the functions that are essential for life, such as brain function and blood circulation, account for the majority of calories you burn each day. Wondering about the rest of your energy expenditure? Here’s a rough breakdown:

A higher body weight generally means a higher metabolic rate. That may seem counterintuitive, but the simple fact is that more kilos require more energy for the body to carry and maintain, Dr. White explains. In this sense, a “faster” or “higher” metabolism doesn’t always translate to a smaller number on the scale.

Metabolic rate actually tends to dip in people who have lost weight, says Dr. Lawrence Cheskin, MD, chair of the department of nutrition and food studies at George Mason University, America. Whilst the dip in metabolic rate can vary depending on total fat and muscle lost, it’s relatively normal as a smaller body requires fewer kilojoules per day to function. This highlights the importance of a healthy maintenance plan for those hoping to sustain their weight loss, as returning to former dietary habits could result in quickly regaining weight that was lost, Dr. Cheskin cautions.

What else determines my metabolic rate?

Metabolism is essentially the body’s engine, Zelman says, and some people’s engines just run more efficiently than others. Apart from weight—which is modifiable—much of a person’s metabolic rate is hardwired by the following factors.

How does food and nutrition affect my metabolic rate?

Maybe you’ve heard that certain foods and drinks—such as coffee, or green tea—can speed up your metabolism. While some studies have looked at whether such additions to your diet could impart a boost, there’s no evidence they make a meaningful difference in how quickly your body burns calories.

Some research has suggested that a high-protein diet could slightly raise metabolic rate by producing a greater thermic effect during digestion than carbs and dietary fat do. According to one formula put forth in a 2002 research review, someone following a 2,000 calorie-a-day diet who consumes 30% of their calories from protein would burn 23 more calories per day—roughly what a person could burn in a few minutes of walking—than someone getting 15% of their calories from protein. A 2020 study in the Journal of Nutrition found that a diet of 30% protein may help keep people from regaining weight after they lose it—again, in part by increasing RMR.

How does exercise affect my metabolism?

Regular physical activity that includes strength training could boost your daily energy expenditure beyond the calories you burn during the activity itself. Some of the credit goes to lean muscle mass. “Adding muscle can increase metabolism and help you burn calories at a higher rate,” Zelman says. That's not to say you need to be pumping iron every day. Several studies report that people who regularly engage in almost any form of exercise—whether swimming, running, or tennis—may burn more calories independent of those activities than people whose lifestyles are sedentary.

The upshot: Are there tips for boosting your metabolism?

To date, research hasn’t turned up any quick “hacks” that can noticeably turn up the dial on your body’s ability to burn energy. While a few small studies suggest that lifestyle measures such as getting better sleep, or drinking more water may boost metabolism, the findings aren’t consistent and most effects observed are marginal. Experts say metabolism is largely determined by genetics, as well as sex-based factors, body size, age, and physical activity. Becoming more physically active, increasing muscle mass through strength training, and eating more protein may be ways to increase the body’s ability to burn energy and help conserve your metabolic rate during weight loss and maintenance.

The best foods for weight loss