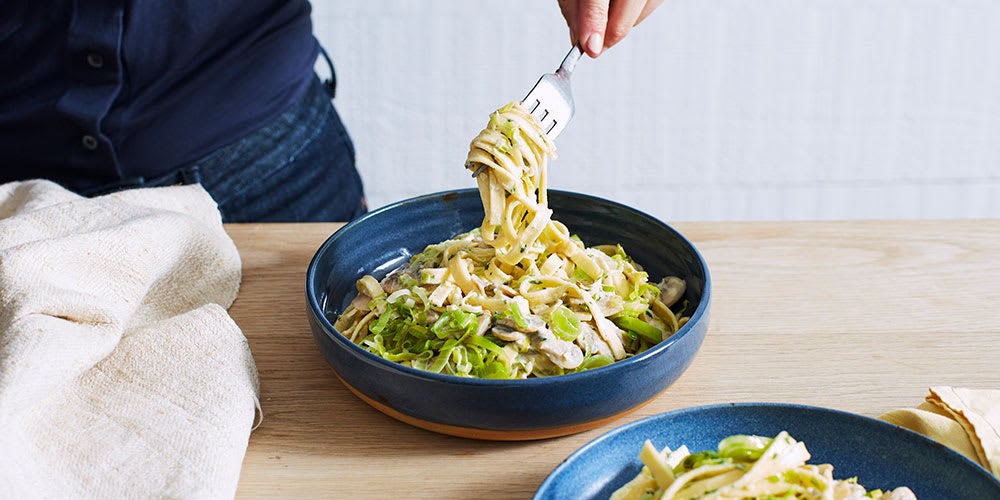 Could the food you eat be the cause of your unidentified symptoms? Find out how an elimination diet may help you discover if you might have a food allergy or intolerance.

Food provides nutrients your body needs, but some foods can trigger adverse reactions. If digestive symptoms occur after meals, you may have a food allergy or intolerance.

To diagnose the culprit, your doctor or dietitian may suggest an elimination diet. “There are many different types, and the plan will be personalised to you and your individual triggers” says Tamara Duker Freuman, a registered dietitian.

An elimination diet is a short-term eating plan that takes out certain foods (or groups of foods). “Generally, elimination diets are for people who have digestive issues and cannot pinpoint the source of the problem,” says Natalie Rizzo, registered dietitian. When you remove suspect foods for a certain period of time and then reintroduce them, you can better determine what might be causing symptoms or making them worse. However, not all digestive problems are related to food, so it’s important to seek advice from a medical professional before starting an elimination diet.

Food allergies and intolerances are different, but in some cases, the symptoms may be similar. An allergic reaction occurs when your body mistakenly identifies a food or food substance as harmful. Symptoms of an allergic reaction may affect the skin, digestive system, respiratory system, or the entire body. If you’re allergic to a food, eating it may cause hives, stomach pain, diarrhoea, itchy skin, shortness of breath, chest pain, and swelling of the airways. If not treated, some allergic reactions result in anaphylaxis, a life-threatening condition.

Food allergy occurs in around 10% for infants, 4-8% of children, and about 2% of adults in Australia and New Zealand according to the Australasian Society of Clinical Immunology and Allergy (ASCLA). The nine most common food allergens are peanut, tree nuts, milk, eggs, sesame, fish, shellfish, soy and wheat. Food allergies are diagnosed by a doctor, usually using a combination of skin and/or blood tests as well as an elimination diet.

A food intolerance, or sensitivity, is caused when your body has trouble digesting a food—either because you don’t have an enzyme to break down a specific food compound or your body reacts to an additive or naturally occurring compound in the food. Symptoms of a food intolerance are often digestive—such as nausea, stomach cramps, gas, bloating, vomiting, heartburn, and diarrhoea—but they may also include headaches, irritability, and nervousness. There is no medical test for food intolerances, so doctors use elimination diets to identify them.

A doctor (often a gastroenterologist or immunologist) or a registered dietitian should design and supervise your elimination diet. The plan will be divided into two phases that last approximately three to four weeks each, Rizzo says. Before you begin an elimination diet, your doctor or dietitian may have you keep a log of everything you eat—as well as any symptoms you experience—to help narrow down which foods to eliminate during the first phase of the plan. Ideally, at the end of the diet, you will have a better idea of which foods cause adverse reactions so you can avoid or reduce them.

During the elimination phase, you cut out the foods your doctor or dietitian suspects might be causing your symptoms. For example, to test for lactose intolerance, you’d remove all dairy from your diet during this period. This first phase can last for up to two to four weeks, since it takes that long for foods to completely clear out of your system so your symptoms improve, Rizzo says.

If your symptoms improve, that typically indicates a certain food was the culprit—and this second phase will help identify it. During the reintroduction period, you’ll eat a small amount of one restricted food for a day or two and record any symptoms you experience. If you feel okay, you’ll increase the amount. You’ll continue introducing one of the eliminated foods every week until all of the potentially problematic foods have been tested.

There’s no set list of foods you’re allowed to have while on an elimination diet, since the plan is customised for every person. However, there are some foods that are less likely to cause adverse reactions, and will likely be on your approved list. They include:

Your doctor or dietitian will compile your personalised list of foods to avoid during the elimination phase, based on your diet and symptoms. But these eight most common allergens are often on the do-not-eat list, Rizzo says.

The goal of an elimination diet is to determine which foods, if any, are causing you discomfort. When done correctly, this type of short-term eating plan can reduce or resolve the following symptoms associated with problem foods.

Irritable bowel syndrome (IBS) is a common gastrointestinal condition that causes symptoms such as abdominal pain, cramping or bloating, excessive gas, diarrhoea or constipation. It affects roughly 14 per cent of people worldwide, according to a report published in Gastroenterology and Hepatology, and it must be diagnosed by a doctor. Food intolerances often manifest themselves in digestive issues, so cutting out or reducing certain foods can help to manage symptoms of IBS.

Some foods—including dairy, broccoli, Brussels sprouts, and cauliflower—can increase the build up of gas in the stomach and intestines. Eliminating these foods from your diet may reduce bloating.

Excessive gas—belching or flatulence more than 20 times per day, according to the Mayo Clinic—can be caused by your body’s inability to digest certain foods. You might experience excessive gas if you have a food or lactose intolerance, so eliminating the trigger foods can reduce the symptom.

Abdominal pain and diarrhoea are common symptoms of food intolerance, and may be alleviated when the offending food is removed from your diet.

There’s a connection between some food intolerances and migraines, but there’s little research that explains why, Rizzo says. A small study published in the Journal of Headache Pain found that people who suffered from migraines experienced symptom relief after following a low-fat plant-based diet. However, further research is needed to explore this.

An elimination diet can help boost your wellbeing, but it may have negative effects—that’s why it’s important to only follow one under a doctor or dietitian’s supervision. Some risks include:

An elimination diet can help pinpoint foods that are causing certain symptoms—largely those affecting the digestive system—so you can feel better, Rizzo says. But remember: an elimination diet isn’t a one-size-fits-all solution. Everyone’s nutritional needs, symptoms, and possible trigger foods vary. If you’re experiencing symptoms that you suspect are related to food, see your doctor.