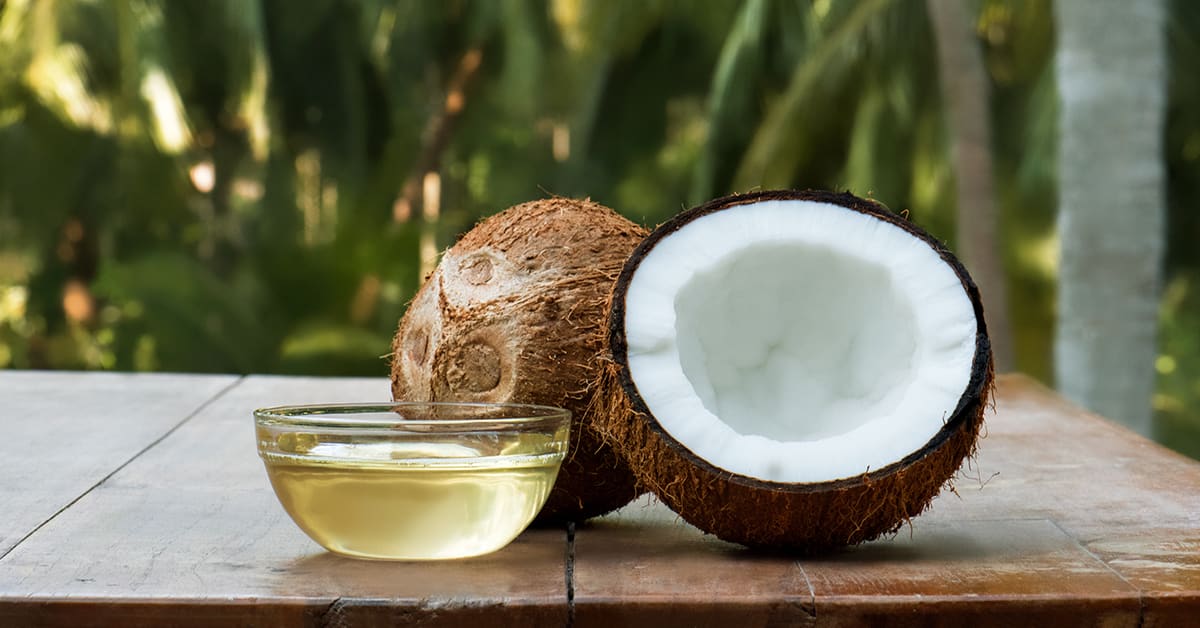 For a few years now, coconut oil has been having a moment. Some self-appointed wellness gurus tout the oil’s ability to do everything from curb cravings to ward off heart disease. Some celebs swear by it for deep conditioning their hair. Curious if these claims are true? Below, health and nutrition experts explain what coconut oil really can (and can’t) do—so you can decide if it’s worth adding to your diet or skincare routine.

10 health claims you may have heard about coconut oil

No single food can peel off kilos, but it’s easy to understand why some people believe coconut oil is an exception. A review of studies found that people who replaced the long-chain fatty acids (the kind found in foods like butter and meat) in their diets with medium-chain fatty acids (MCFAs)—like those found in coconut oil—lost an average of 700g over the course of 3 months. Unlike other types of fats, MCFAs are easily absorbed by the body for energy and not stored for later use, says Nicole Chimbetete, a registered dietitian and nutritionist. The catch, the studies used a supplement containing MCFAs—not coconut oil. Store-bought coconut oil, Chimbetete explains, contains lower levels of the fatty acids than the supplement, so it may not have the same effect.

Not so great news for those of us with a sweet tooth: “Cravings for sugary foods are influenced by many factors—such as stress, low blood sugar, sleep deprivation, and regularly eating added sugar,” says Jim White, a registered dietitian. “Coconut oil doesn’t address any of these factors more than any other food would.”

Coconut oil may help reduce inflammation, according to research on animals, but there isn’t yet proof it has the same effect on people. In one very small study (which actually used coconut oil as a placebo to study the effects of fish oil), volunteers with rheumatoid arthritis who took a coconut oil supplement reported some improvement in joint pain. However, there was no significant decrease in swelling or stiffness. Bottom line, there isn’t enough evidence to support this claim.

File this one under “hopefully.” Promising research found that the MCFAs in coconut oil may act as an alternative energy supply for the brain. That’s important because studies show that as Alzheimer’s disease progresses, the brain becomes less efficient at using glucose for energy, and that lack of brain power contributes to cognitive decline. More studies need to be done to determine if coconut oil can really help protect brain health—and if so, how much oil it takes (and how often people need to take it) to get the benefit.

This claim is a total head-scratcher to nutritionists. “Coconut oil is 82% saturated fat, and regularly eating a lot of saturated fat is associated with an increased risk of heart disease,” says registered dietitian Zoe Griffiths, WW’s global director of nutrition. Saturated fat increases LDL cholesterol levels in the blood, which can cause a buildup of fatty deposits that raise a person’s risk of experiencing a heart attack or stroke. The National Health and Medical Research Council recommends people limit their intake of saturated fats like coconut oil to less than 10% of total fat intake.

Can slathering your hands in coconut oil—or drinking it—kill germs? Not quite. “The lauric acid in coconut oil may inhibit the growth of viruses and bacteria,” Terry says. One study found that the fatty acid has antimicrobial properties, and another uncovered that it can help combat Staphylococcus aureus, a bacteria that infects the skin and upper respiratory tract. But while these studies are promising, they don’t mean coconut oil should replace our hand sanitiser. “Having antimicrobial properties doesn’t mean that something can treat, cure, or prevent illnesses,” Terry says. “And it’s important to remember that the researchers isolated fatty acids—they didn’t take coconut oil off the shelf in a supermarket and apply it to bacteria or viruses in a lab.”

Coconut oil is as effective as mineral oil (a common ingredient in lotions) at relieving dryness, according to a study published in the journal Dermatis. You can apply coconut oil straight from the jar to your skin, says Joshua Zeichner, MD, a director of cosmetic and clinical research in dermatology. He suggests slathering it on dry patches, and then rinsing with warm water after 10 minutes (to remove any excess residue). Just one caveat for people with oily or acne-prone complexions: “The saturated fat may make these conditions worse,” Dr. Zeichner says.

This one isn’t just Instagram hype! There’s good evidence that the lauric acid in topically applied coconut oil can affect the texture of hair. The acid is easily absorbed and helps reduce protein loss (caused by everything from shampooing to heat styling), according to a study published in the Journal of Cosmetic Science. “That can help improve shine and texture,” says William Gaunitz, a certified trichologist, who specialises in hair loss. For a monthly conditioning treatment, Gaunitz suggests applying a teaspoon of coconut oil to clean hair, leaving it on for 15 to 45 minutes, and then rinsing with warm water and styling as usual.

Oil pulling—the practice of swishing and/or gargling coconut, sunflower, or sesame oil in the mouth for several minutes—originated thousands of years ago. According to Ayurvedic medicine, the technique may help relieve bad breath, reduce inflammation, and kill bacteria. While there’s no Western research that backs up these claims, experts who spoke with WW say there’s little risk in trying oil pulling—provided it doesn’t replace established dental hygiene practices such as brushing and flossing.

OK, OK—so this one isn’t technically a health claim, but we’re throwing it in here anyway! Coconut oil can definitely add moisture and new flavour to your favourite meals. As with any saturated fat, it’s smart to keep tabs on how much you’re using. “One tablespoon of coconut oil is worth 12 PersonalPoints, compared with olive oil, which is worth 6,” Griffiths says. Try coconut oil as a dairy-free substitute for butter in baked goods and for sauteing. Skip it for high-heat cooking methods like stir-frying, Griffiths advises, as coconut oil starts to break down at higher temps, which can negatively alter its taste.