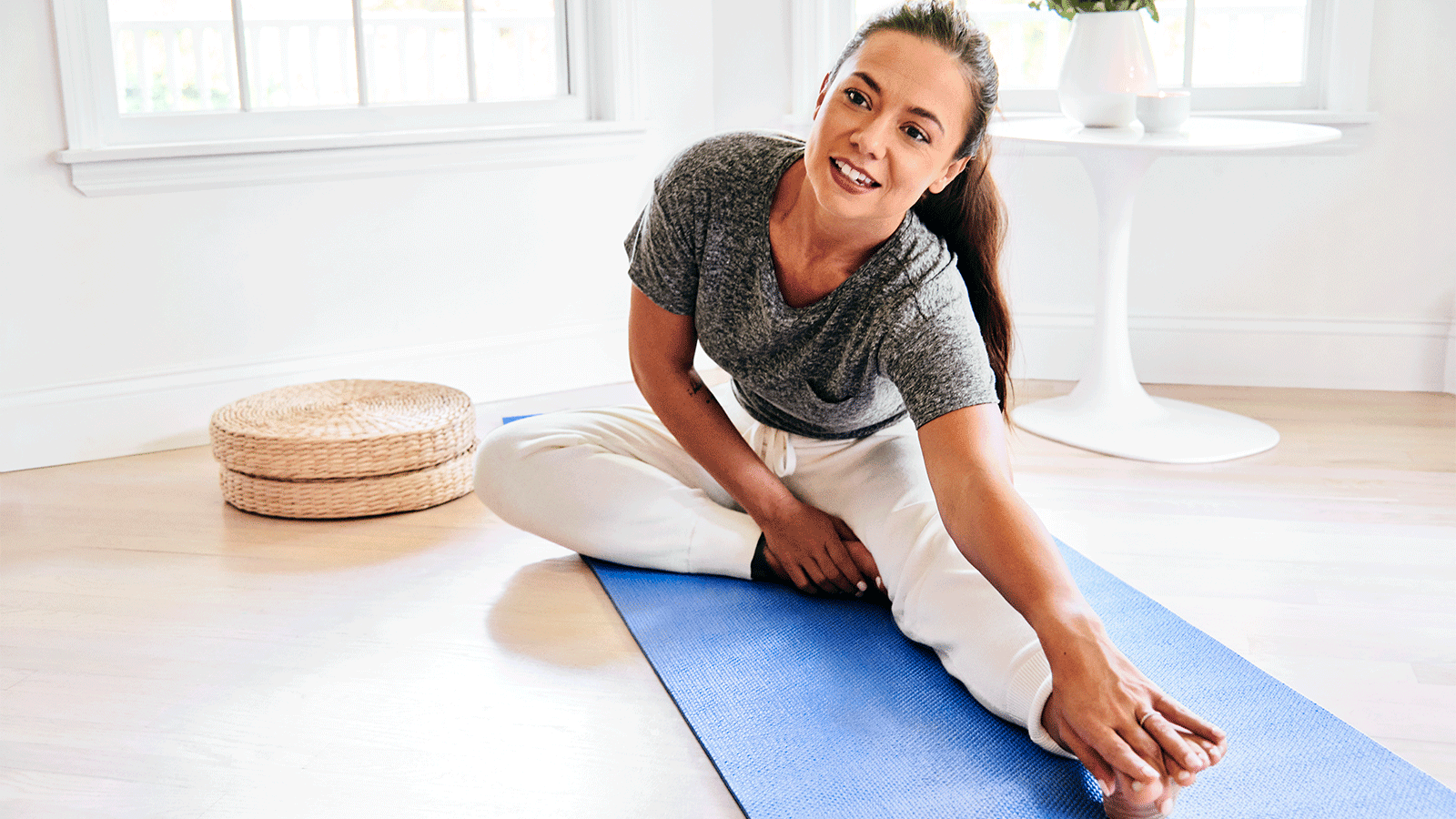 What is DOMS and how to deal with it

You’ve no doubt felt the burn after a tough workout session (or even a busy day in the garden), but have you ever stopped to wonder what your body’s doing—and why?

Delayed onset muscle soreness, or DOMS, is a type of muscle pain that develops around 24 to 48 hours after you’ve undertaken intensive exercise or any kind of movement that your body isn’t used to. It’s particularly common after ‘eccentric training’—such as downhill running or squats—where your muscles are contracting while lengthening, explains Professor Ken Nosaka, Director of Exercise and Sports Science at Edith Cowan University.

“During eccentric contractions, you are using less muscle fibre to produce greater force, which causes damage to the exercised muscle,” he says. “This leads to inflammation of the connective tissue surrounding the muscle fibres or the whole muscle (muscle fascia), which is the cause of the pain.”

Aside from a dull ache and stiffness, DOMS can cause short-term loss of muscle strength, reduced range of motion and swelling around the affected area—none of which are cause for concern. “Normally pain is a warning signal not to use a certain muscle, but that’s not the case with delayed onset muscle soreness,” Professor Nosaka explains. “It’s more likely our body’s way of telling us that the muscle has been inactive for too long and that it has now been stimulated appropriately.”

Can you prevent DOMS?

It’s often said that prevention is better than a cure, and that’s absolutely true when it comes to DOMS. Here’s what you can do before, during and after a workout to help keep aches at bay.

While warm-ups are essential to avoid serious injury, Professor Nosaka says they have little effect on your chance of sustaining DOMS. However, if you have an intensive workout on the horizon, it can help to prepare your body a few days in advance. For example, if you’re planning to hike up and down a mountain, a short session of low-intensity downhill walking a few days beforehand could help prevent soreness after the main event.

Start any eccentric exercise at a low intensity and then gradually build it up over time. Professor Nosaka recommends following the 20 per cent rule, whereby you increase the intensity of your workout—either the duration, distance or weights you use—by no more than 20 per cent each week.

Like warm-ups, cool downs won’t prevent DOMS—nor will any of the practices you’d typically follow after a workout, like drinking plenty of water and getting a good night’s sleep. “Many studies have tried to identify what you can do after exercise to prevent soreness, but nothing works well in comparison to the conditioning effect,” Professor Nosaka adds.

If, despite your best efforts, you still experience DOMS, Professor Nosaka recommends a period of active rest until you feel ready to pick up where you left off. “Moving is a good way to alleviate the pain, so you can stretch the sore muscles or do some gentle exercise,” he suggests.

While you might be tempted to soak in a bath, book a massage or take anti-inflammatory drugs, various studies have found that they don’t have much impact. “If a hot bath or ibuprofen make you feel better, that’s fine, but they don’t actually enhance the recovery process,” Professor Nosaka explains. “You just need to wait for the muscles to recover naturally.”

In normal DOMS cases, this may take three to five days, or even a week; any longer, and it might be time to seek expert advice. “If the pain is sustained or getting worse, it’s probably not DOMS and could be an injury,” says Professor Nosaka, adding that any swelling or discomfort in and around your joints, rather than your muscles, warrants a visit to a physiotherapist.

The key point to remember is that DOMS is a perfectly normal process that shouldn’t discourage you from exercising. “What you don’t want to do is start a new activity, get sore and stop—then maybe have another go several weeks later, only to get sore again,” Professor Nosaka says. “If you repeat the exercise, the soreness will get less and less, but you’ll still get the positive effects. Repetition is the key to achieving your goals.”