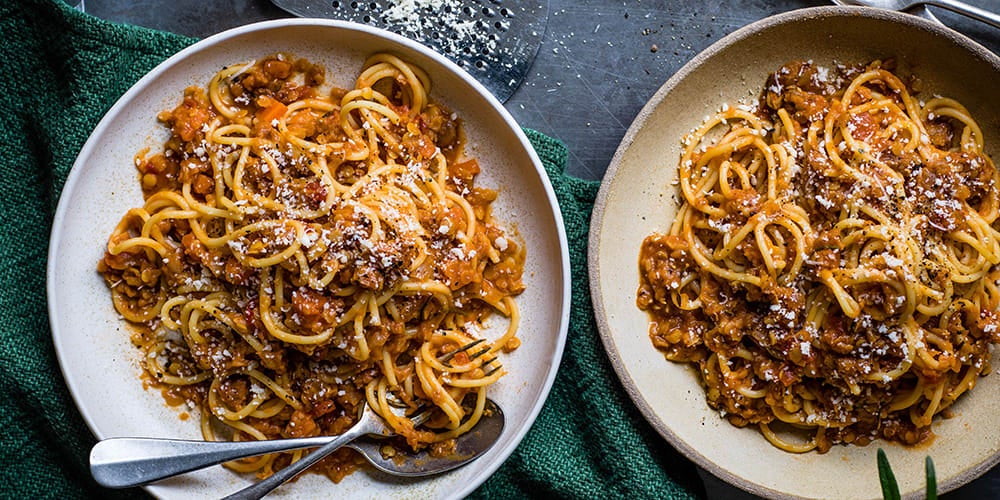 They’re not glamorous, but lentils are delicious, nutritious, fast-cooking, and inexpensive. Here's what you need to know about them.

Lentils have been cultivated for centuries and are a staple ingredient in many cultures including Middle Eastern and Indian. Lentils are part of the legume family and while they are small, they pack a huge nutritional punch: they’re among the best plant sources of iron, a very good source of filling, cholesterol-lowering fibre and a good source of protein. They also contain two B-vitamins and six key minerals.

Lentils come in a rainbow of colours, here are a few common ones in Australia:

Lentils come in two forms, canned and dried. Canned lentils are good for quick, ready-to-eat dishes like salads and side dishes. The dried variety don't require pre-soaking like other legumes and work well in soups and stews.

One can of lentils can be as little as 80 cents. For dried varieties, prices are around $4 - $6 per kg. 500g of dried lentils yields between five to seven cups of cooked lentils, so even these varieties are a bargain.

Make sure they’re a uniform colour, firm, smooth, and dry. Lentils don’t go bad, but older ones take longer to cook. For this reason, it’s important not to mix newly purchased lentils with those you already have — their cooking times may be different.

Store dried lentils in a cool, dry place. Like age, exposure to heat and humidity makes them harder to cook. Keep cooked lentils in the refrigerator for up to five days.

How to use lentils

If using dried lentils, before you start cooking, put them into a colander and rinse under cold water.

Unlike most dried beans, lentils don’t require pre-soaking, and they cook quickly — if you put on a pot when you come home from work, dinner should be ready in under an hour. Cooking time will depend on your planned use, as well as the age of the lentils themselves — for most varieties, it could be as little as 20 minutes.

To use in salads, where you’ll want them to retain their shape, start testing at the 18 minute mark and drain as soon as they’re tender — they’ll turn to mush if left in the hot liquid.

For soups and stews, cook them 10 minutes longer, and for purees even longer. Red lentils, which have been hulled, are a faster-cooking variety; they’re done in as little as 6 to 12 minutes. Don’t expect to use them in salads, though: red lentils turn creamy quickly, and are best reserved for purees and soups.

The addition of acid will slow the lentils’ absorption of liquid. Add tomatoes, wine, and other acidic ingredients towards the end of cooking time, or simply plan for cooking to take longer.

One pan cauliflower and salmon

Lentil and rice pilaf with feta