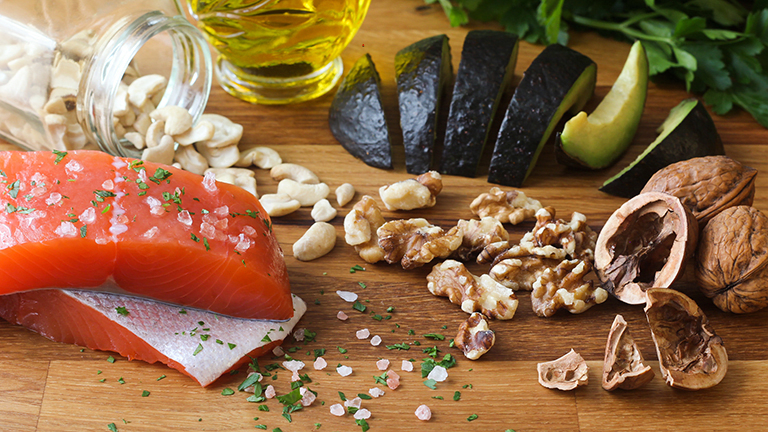 Looking to reduce inflammation? Read on for a list of the best anti-inflammatory foods to add to your diet.
By Heather Mayer Irvine

If you've ever twisted your ankle or jammed a finger, you know what happens to the area: It swells. But you might not know that certain foods can trigger inflammation that you can't necessarily see. Here's a closer look at what causes inflammation and how an anti-inflammatory diet can help:

Inflammation is the body’s immune system response to an irritant, which could be a physical injury (a sprain), foreign object (a rusty nail); germs (bacteria or a virus); or disruptive molecules found in certain foods and drinks.

When you encounter an inflammation trigger, the infection site becomes red and puffy as the body works to clear up and repair the issue. In some cases, minor inflammation can be a good thing—a sign the body is doing its job and on the mend: “Without inflammation," says New York-based dietitian Allison Knott, MS, RDN, "the body wouldn’t be able to heal properly and could experience lasting, negative effects."

There are two types of inflamation: acute and chronic. Acute inflammation is short-term; it often happens after physical activity, injury, or a bacterial illness. Besides pain, symptoms of acute inflammation may also include redness, heat, swelling, and loss of function that comes on quickly and lasts for just a few days. “It’s not necessarily a bad thing, even though it can be painful,” explains New York-based dietitian, Natalie Rizzo, M.S., R.D.

However, too much inflammation in the body can lead to a host of health concerns, from short-term to chronic illnesses including bronchitis, rheumatoid arthritis, diabetes, heart disease, and even cancer. “Any [condition] with ‘itis’ at the end [of its name] means it’s inflammation,” Rizzo says.

While there is no one particular cause of chronic inflammation, risk factors include age, with older populations at greater risk; obesity; smoking; low sex hormones; stress; and sleep disorders.

Foods that are high in saturated fat, trans fat, and refined sugar can also be a trigger. That's because they promote high levels of “pro-inflammatory” molecules including free radicals, or molecules in the body split in half through a process known as oxidative stress, which irritates the body and causes inflammation, Rizzo explains.

While weight loss can reduce inflammation, foods containing high levels of antioxidants can also act as a natural remedy against inflammation, helping your body begin to heal itself and stave off or even reverse some related conditions, Rizzo says.

That said, "there is no single food or beverage that will eliminate chronic inflammation,” Knott says. Rather, there are overall eating patterns that may reduce inflammation.

Consuming a diet that's full of foods rich in healthy fats, antioxidants, or both may have anti-inflammatory properties: Antioxidants counter inflammation by binding with the free radicals produced by oxidative stress, while consuming fatty acids, which are part of the cell membrane structure, play a role in changing the cell composition and influence inflammation.

Unlike popular fad diets you might hear about like Paleo and keto, the anti-inflammatory diet doesn’t have a specific set of rules. Instead, it’s an approach that emphasizes eating foods with anti-inflammatory properties—those that are rich in antioxidants and healthy fats—and minimizing foods that may contribute to inflammation.

If you’re suffering from a condition linked to inflammation, an anti-inflammatory diet may reduce related pain, but the effects depend on your lifestyle, level of inflammation, and health history.

While no one food will cure you of inflammation or a related condition, incorporating more foods with anti-inflammatory properties into your diet can contribute to a healthy pattern of eating. Remember: In order for a food to fight inflammation, it should be a good a source of antioxidants or omega-3 fatty acids. (In some cases, like with nuts, one food may contain both.)


Ready to put anti-inflammatory ingredients to work? Begin with these recipe ideas:

An anti-inflammatory diet high in omega-3 fatty acids and antioxidants can contribute to healing. But food is just one component of reducing inflammation. Other aspects of an overall healthy lifestyle, including physical activity, stress management, and sleep also play a role.

The bottom line: If you’re looking to reduce inflammation by tweaking your diet, it’s always wise to consult a physician or registered dietitian for advice on your specific dietary and medical needs.