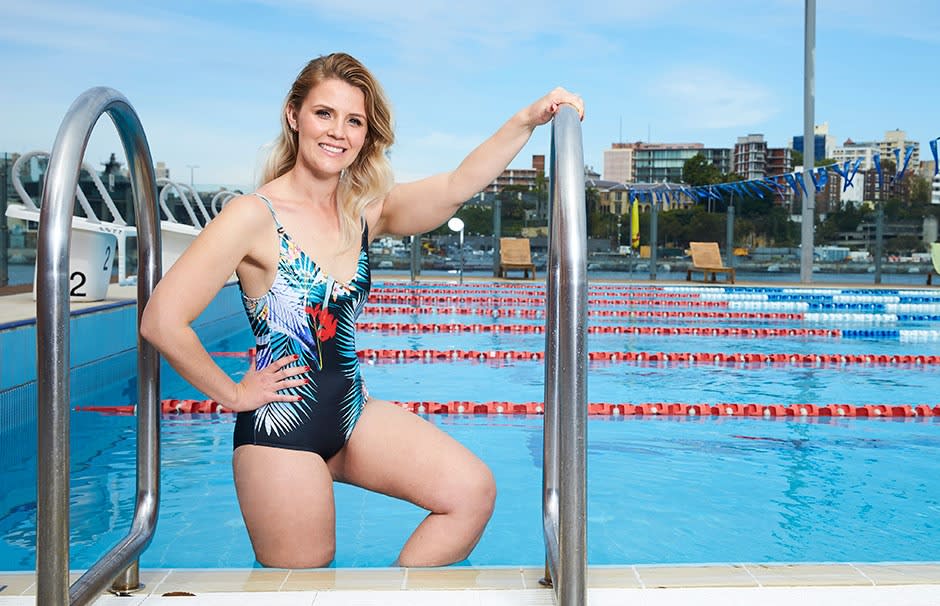 Cold ocean swimming has a heap of crazy-good benefits, from decreasing your risk of depression to boosting your immune system.

What is ocean swimming?

A visit to the beach has long been hailed as the remedy for whatever ails you – and not just the way we think of it now, as a relaxing way to bookend the year and send off smug Instagram pics.

Ocean swimming has actually been prescribed for centuries, for all sorts of health complaints. From the 18th century, there was a prevailing belief among doctors that getting into cold, salty ocean water was good for the mind as well as physical health.

While it’s been a national pastime in European countries such as Russia, Norway, Finland, Sweden and Denmark for centuries, competitive cold ocean swimming is also experiencing a surge in popularity, with 1275 participants in last year’s Winter World Swimming Championships (up from 790 in 2010).

There might not be anything you feel less like doing in winter than putting on your togs and diving into freezing water, but trust us: it’s seriously good for you.

“Swimming gives you an energy boost. You don’t feel drained when you’ve finished; you feel ready to take on the world.”

Good for your brain


Greg Parr, who has been a member of renowned cold ocean swim club Bondi Icebergs in Sydney for five years – where there is only one rule: no wetsuits! – says he swims in the ocean “not to lose weight, but to lose myself”.

“Swimming energises you in a way that other exercise doesn’t,” he says. “I don’t know what it is exactly, but swimming seems to give you this adrenaline rush and energy boost that’s different. You don’t feel drained when you’ve finished a swim; you feel ready to take on the world.”

Research backs up Parr’s feelings about the ocean. The way we breathe when swimming stimulates the parasympathetic nervous system (which controls organ and brain function), effectively calming the brain. There’s also evidence to show that bathing or swimming in cold water reduces the levels of cortisol, a stress hormone, in our systems. And lowering our brain temperatures, through activities such as cold water swimming, is known to have neuroprotective and therapeutic effects, which can relieve inflammation. This is significant because high levels of brain inflammation are linked to depression. 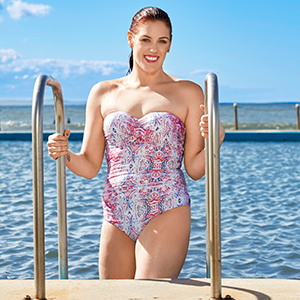 It’s a sentiment echoed by WW member Melissa Malady, from Carrum Downs in Victoria, who started swimming again when she joined WW in 2014. “As a child, I lived near the beach and learned to swim in the ocean. I had asthma and my parents encouraged me to swim, but I was a bigger build than the other girls and I didn’t want to wear my togs in front of them.”

Malady stopped swimming regularly, only getting into the pool during school carnival time, when she would frequently take out first place. It wasn’t until she began her journey with WW a few years ago that she decided to give ocean swimming another go. “It was time,” she says. “I began to swim every day, just competing against myself to see how much further I could go every time.” Eventually, she was clocking 3.5km in the water every single day.

Nowadays, as a single mum who lives half an hour’s drive from the beach, she only makes it to the water once a fortnight, but she jumps at the chance. “I love the way I feel after a swim,” she says. “It’s not just about keeping fit – it’s mentally calming and such a confidence boost.”

While Malady wears a wetsuit (and recommends a good-fitting swim cap and goggles), she says anyone can get out there. “As long as you can use a kickboard in a pool, I say you can swim confidently anywhere,” she says. “Stay between the flags, know the beach you’re visiting and only swim when the waves are calm.” For Malady, ocean swimming – even in winter – has opened up a whole new world. “Just go for it,” she urges. “You’ll be amazed by the confidence it creates, and the sense of achievement you’ll have when you’re done.”

Know the risks and stay safe


Ocean swimming, of course, has its risks – as Parr points out, it’s not our playground, it belongs to the sea creatures who inhabit it (yes, we’re talking about sharks), and if you’re not a strong swimmer to begin with, swimming in the big deep can pose dangers.

“Start small,” he says. “Go out with a friend who is a strong swimmer and is used to the ocean. And you don’t have to head straight out into the blue,” he adds. “We swim the bay at Bondi, too, which is an easier swim without as many waves.”

If getting out in the waves is too much for you, try swimming in an ocean pool.

If you have heart problems, are overweight or new to exercise, see your GP before taking the plunge – sometimes ocean swimming can pose health risks.

Enjoy the benefits of swimming


Swimming is a fantastic cardiovascular workout, of course, but the benefits of ocean swimming in winter go far beyond getting your heart pumping and your sweat session on.

A study has found regular exposure to cold water (at 14°C, for at least an hour at a time, three times a week for six weeks) may boost the immune system and increase the metabolism. A Finnish study of winter swimmers found after four months of swimming in cold water, the swimmers felt more active and energetic than the control subjects. They also found relief from rheumatism, fibromyalgia and asthma.

And if you thought swimming in freezing water might up your chances of catching a lurgy, ocean swimming can actually decrease the severity and incidence of colds.

“Swimming is something almost anyone can do,” says Parr. “We have people with disabilities, we have older swimmers, young swimmers, swimmers of all shapes and sizes. Once you’re out in the water, none of that matters. We’re all fighting the same elements, we’re all exposed – quite literally! That’s a really beautiful thing.”