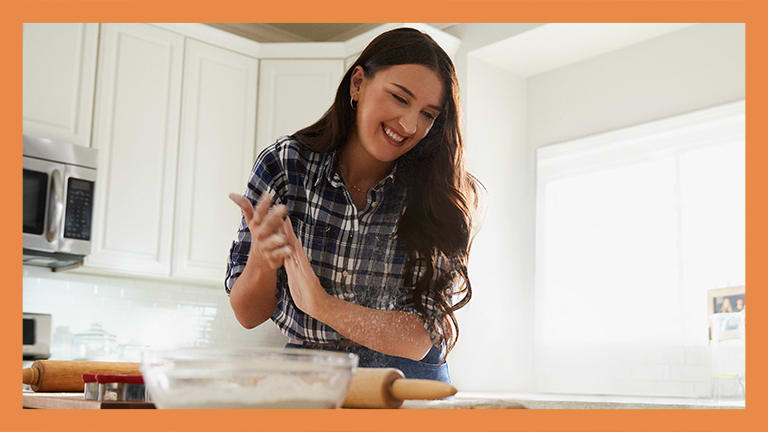 *People following the WW program can expect to lose 1-2 pounds/week. Felicia lost weight on prior program and myWW and is continuing on myWW+.

My husband and I got married right after high school, at which point he joined the Marine Corps and was assigned to a base in California. Just like that, we packed up and moved from our home state of Indiana. Soon after, at age 19, I became pregnant and gave birth to our first son.

New home, new baby, new life—with so much change happening in such a short period of time, my eating habits weren’t the healthiest. I’d grab fast food four or five times each week and guzzle soda throughout the day. Adding to that, I was using food to suppress the pain of a sexual assault I had experienced four years prior. Though I was working closely with a therapist, changing my eating patterns was a struggle. My weight kept going up.

About a year after having my son, I traveled back to Indiana to attend my sister’s high school graduation. I was self-conscious about seeing friends and family after having gained so much weight. Sure enough, when I saw photos of myself from that day, I was mortified and panicked a little. I tried calorie counting obsessively; I tried fad diets consisting of hard-boiled eggs and bananas; I tried diet pills. Not the wisest choices, I know.

When none of that worked, I decided weight-loss surgery was my best option. My health insurer told me they’d cover the procedure if I provided proof of a “failed weight-loss program.” My mom, though, was a WW member and refused to believe that “failure” was a foregone conclusion. She suggested I sign up and keep an open mind. If WW didn’t work, she pointed out, then I could always get the surgery. I enrolled in May 2017, figuring I’d last a week.

Even though I wasn’t emotionally invested, I felt nervous while getting ready to attend my first Workshop. I worried that everyone would know each other and I’d be an outsider. I tried to brush aside those fears. “Who cares?” I told myself. “I’m just doing this as a formality. When it doesn’t work, I’ll quit and get the surgery.”

My feelings started to shift almost as soon as I entered the group. Beverly, the WW Coach, greeted me right away and made me feel welcome. The members in line for their Wellness Check-ins were just as warm and friendly. Within minutes, we were all getting to know each other.

As the Workshop got under way, I was struck by the spirit of openness and support in the room. Everyone was so comfortable sharing their successes and challenges, which made me want to share. One member received a charm for losing 25 pounds. I thought, “Hmm, that would be cool to get a charm like that!”

Beverly sat with me after the Workshop to go over the WW app and program. The SmartPoints® system seemed easy enough, and tracking my food felt doable. Could this be an approach that would actually work for me?

Right after that first Workshop, I decided to try out my new tools on a grocery shopping run. Using the barcode scanner on the processed foods I normally ate—like mac and cheese and breakfast pastries—was a wakeup call. Most were shockingly high in SmartPoints. I opted for lower-SmartPoints items instead. I also decided to cut out fast food for a few weeks and try cooking more. To start, I grabbed ingredients for the Pressed Cuban sandwich recipe featured on my WW Weekly handout.

That first week on the program was a game changer. I lost 8.6 pounds* and felt a fire in me to continue. Maybe I wouldn’t have to get weight-loss surgery after all.

What Felicia ate then vs. now

After about eight weeks on WW, I felt comfortable enough to go to the drive-through again. Using the app’s Restaurant Finder to plan out my order was simple. Instead of getting a 10-piece box of chicken nuggets with a large order of fries and a giant soda, I’d choose something like a roast beef sandwich with a small order of fries and plain water. It’s amazing how much I love water now. I’m obsessed with the Water Tracker in the WW app.

I also started working out regularly. The housing office at the military base has a small gym with basic equipment. My son would hang out in the little play area while I walked on the treadmill or did the elliptical for 20 minutes. I searched the Internet for beginner weightlifting exercises and incorporated some moves into my workouts. I wanted to tone as I lost the weight.

Eventually, I mustered enough confidence to join a gym outside the base so I could have access to more training equipment. At first, I was intimidated to go to the weight section because it was mostly men with ripped abs. But, hey: Those guys with the big muscles had to start somewhere, too, right?

About six months into my journey, I was down 50 pounds* and decided to celebrate the milestone with my first post on Connect. I posted a fun photo of myself holding up a 50-pound bag of potatoes. I was really moved by the outpouring of encouragement I received in response. Not only did I have the support of my real-life family, friends, and Workshop group; I also had an entire online community cheering me on.

I stayed consistent in the months that followed and reached my goal of losing 140 pounds* in October 2018. By then, my healthy habits were fully ingrained. So when I became pregnant with my second child, in May 2019, and had to leave WW, I felt prepared. I made sure to eat enough for me and my baby-to-be to support a healthy pregnancy.

I eased myself back into tracking my food again after my second son was born—that’s right, a family of boys!—in February 2020. As a nursing mom, I get extra SmartPoints now. I need them so I have enough energy to get through my days!

Putting the pieces together

Going from one child to two children was more challenging than I anticipated. It took a few months of building a consistent schedule before I was able to get back to exercising again. Now, while the baby sleeps and my husband watches our toddler, I head to the gym for my “me time”. This helps me reset. If I’m anxious or overwhelmed, a workout helps clear my mind and release those emotions.

Feeling good about myself is important for my mental health. Exercise is a big part of that; so is what I eat. I’ve also learned that how I eat matters. These days, I have dinner after my kids go to bed so I can sit and enjoy the meal. It’s so much better than eating on the go or scarfing down bites here and there.

RELATED: Join, invite a friend, and get a free month of WW!

Before I joined WW, I’d look at others who had lost weight and assume they had easy or perfect lives. Going through this journey, I’ve realized that it’s possible to take care of yourself even as you work through challenges, self-doubt, and hardship. My life will never be perfect—whose is? I’m just proud to be where I am today. 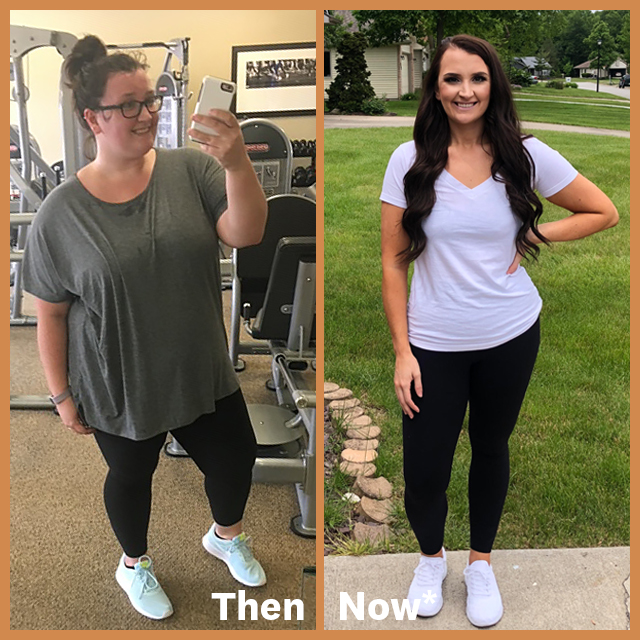