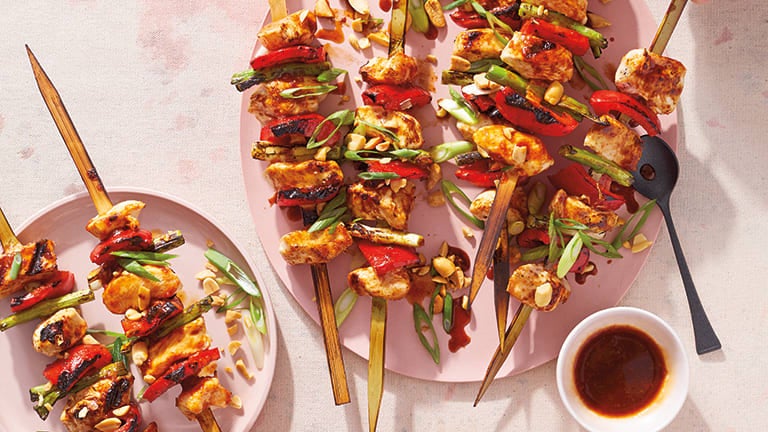 All your top questions about chicken and turkey, answered
By Lisa Chernick

While “zero” usually means “nothing,” at WW, ZeroPoint™ foods are everything! If poultry is one of your ZeroPoint foods and you’ve got questions, you’re in the right place.

So are we talking about just chicken breasts?

Not quite! Here’s a list of all the ZeroPoint cuts in the poultry category. No matter which you buy, you can cook or smoke them with sauces that have a PersonalPoints™ value of 0 and they’ll still be a ZeroPoint food.

*If ground turkey is not labeled as breast meat, it must be labeled “extra lean” or be at least 98% fat free (2% fat).

OK, so I’ve got options! What poultry is not considered a ZeroPoint food?

Red meat provides essential nutrients, like iron, zinc, and vitamin B12; however, some cuts of red meat, even the lean ones, are higher in saturated fats. Red meat can still be enjoyed as part of a healthy pattern of eating and tracked as part of your PersonalPoints Budget.

If I remove the skin from rotisserie chicken breast, is it a ZeroPoint food?

Yes, as long as you’re eating just the breast meat.

Do chicken tenderloins and thighs have PersonalPoints values?

Chicken tenderloins are a ZeroPoint food since they are actually the leanest part of the chicken breast. Chicken thighs will have a PersonalPoints value because this dark meat contains a higher amount of fat than the tenderloin or breast. But that doesn’t mean you shouldn’t eat them! There’s still room for this delicious cut in your Budget.

If chicken or turkey breast is used to make jerky, is it a ZeroPoint food?

Jerky is a dried form of meat. When the moisture is removed, the poultry has more calories per ounce, so it’s no longer considered a ZeroPoint food and you’ll need to track it.

How do I cook lean chicken or turkey so it doesn’t come out dry?

Invest in a reliable meat thermometer so that you can cook these lean meats until they are fully done and safe to eat: an internal temperature of at least 165°F but not much past that.

When using a meat thermometer, be sure to insert it into the thickest part of whatever you’re cooking without hitting any bone. The tip of the thermometer should be close to the center and not poking through to the other side. Remember, you’re aiming for the thermometer to hit 165°F.

Some of Our Fave Chicken & Turkey Recipes

Top Tips on How to Cook Turkey

Lisa Chernick is the executive food editor at WW and has been on WW’s editorial team since 2005. She creates food and recipe content, including WW cookbooks.