Skip to main contentSkip to footer
Start today
Start today
Success Stories
Suzie: How I lost 5st 7lb after two miracle babies
I know that I am well on my way to being the best role model and mum that I can be 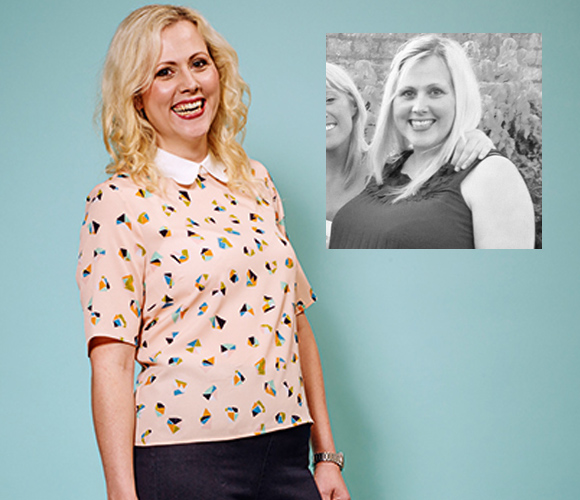 "Delighted that I'd found a formula that worked, I stuck at it and the weight kept coming off."

When I was only 30 years old, I was told I had begun early menopause and my body was no longer producing a good number of high-quality eggs. I was put on a fertility drug to try to resolve this as I was trying for a baby with my partner at the time, but the outlook was not hugely positive.

I had already had one devastating miscarriage but went on to suffer a second, and as I struggled to get back on my feet afterwards, along came another blow. My partner had met someone else and told me our relationship was over.

Friends and counselling Friends rallied to support me, and counselling helped. A while later, the 2st I'd gained while having fertility treatment dropped off, and it was when I was finally beginning to pull myself out of the slump that I met Chris. A few weeks into our relationship, we talked about having children and little did we know that as we were having that conversation, I was already pregnant with Ava (now aged three).

We were unimaginably excited. But from the outset, the pregnancy was extremely tough. I was sick every day – sometimes up to 10 times – and, oddly, the only thing that made me feel better was eating.

I ate whatever I wanted, whenever I wanted, and although I was still being constantly sick, my weight started to creep up. I also suffered with symphysis pubis dysfunction (SPD), a condition that affects the pelvic joints, which made it so painful to walk that in the last few weeks of my pregnancy, I had to use crutches.

Putting on the weight I shot up to 14st while pregnant with Ava. I tried to lose the weight, but after six months of hard work, I only managed to drop a stone. Then on New Year's Eve 2012, Chris and I discovered we were expecting again.

It was another difficult pregnancy, and I went back to eating constantly and being repeatedly sick, and once again my weight crept up.

Comfort eating Those first few months after my son Laurie's birth were a blur of stress and sleep deprivation. Chris was made redundant and forced to take a job away from home, which meant I was on my own most of the time. I had no family around to support me, and food gave me the comfort and energy I needed. But as the months went on, I knew I had to regain control of my body.

My epiphany I had my epiphany at a till in Burger King. As I edged up to order, I realised I could pick up my belly and rest it on the counter. I knew then that this was not the kind of mum I wanted to be. I wanted to be a role model for my children and for them to look up to me – so I needed to be fit, healthy and happy. I went home and weighed myself. At 16st 9lb I set myself a challenge to lose 5st, and I gave myself a year to do it.

I knew WW was the tried-and-tested way to lose weight, and while I felt far too self-conscious to attend the meetings, in January 2014, I joined Digital. I threw myself into the WW plan and, amazingly, in my first week I lost 9lb!

Going back to exercising Delighted that I'd found a formula that worked, I stuck at it and the weight kept coming off. By March, I was in the 14st bracket, which gave me the confidence to go back to the gym. I was short on time, so when I managed to squeeze in a session, I would do two classes back to back.

Being fit and strong grew increasingly important to me. I started training with a company called Fitness Wild, which specialises in strength work, with all sessions taking place outside. I loved the training, which was fun and varied, and would involve doing exercises like pull-ups on gymnastic rings strung over a tree and hauling a huge rope through a muddy field.

Being the best role model I faced my challenge and have managed to lose 5st 7lb in a year. In fact, I tell people that losing weight has taken 14 years off my figure because I last weighed 11st 2lb when I was in my early twenties.

However, life still comes with its ups and downs. Sadly, Chris and I decided to separate. But he is still one of my best friends and he's an amazing dad to our two children. And I am now in good health, and doctors have said there is nothing to stop me trying for more babies if I decide to. I also know with the help of WW, I could shift the baby weight.

Now, every time Ava slips into a pair of my heels, puts on costume jewellery and says, 'I want to be just like Mummy', I know that I am well on my way to being the best role model and mum that I can be.

Healthier You: I can finally get a good night's sleep

Amy: “I love WW so much - I’ll tell anyone who’ll listen”