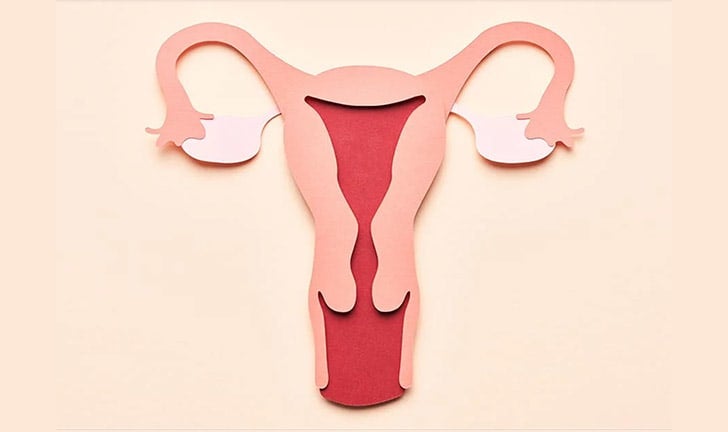 What Are Fibroids? Everything You Need to Know

If you’re a person with a uterus, there’s a good chance you’ll develop one of these benign growths at some point. Read on for an in-depth guide to fibroid symptoms, causes, and treatments, plus real-life tips from a WW member to help you feel your best.
Deanna Pai

At first, Millie Peartree assumed her chronic fatigue and heavy periods were a routine part of getting older. “I thought it was just the circle of life,” the 39-year-old chef tells WW. A sonogram recommended by her doctor in 2006 revealed a more surprising reality. “I was told I had fibroids and needed a follow-up,” she says. “Honestly, at the time, I wasn't well versed on fibroids.”

Talk about relatable: Many people are unfamiliar with fibroids until they receive a diagnosis—in part because these benign tumours aren’t exactly a hot topic of conversation at brunch (“Wanna split the French toast sticks and discuss uterine health?”). That doesn’t mean fibroids are an obscure occurrence. In fact, one study involving more than 1,300 women found that 70–80% of subjects developed fibroids by age 50. Read on for a science-backed guide to managing fibroids, plus more from Peartree, a WW Partner, on the everyday strategies she uses to support her health.

Found in and around the muscular wall of the uterus, fibroids are generally described as noncancerous tumours that range in size from that of an apple seed to a grapefruit. “Fibroids happen when muscle fibres bunch up and form into solid clumps,” says Adeeti Gupta, MD, a board-certified OB-GYN and the founder of Walk In GYN Care. Also known as leiomyoma or just myoma, fibroids can appear alone or in clusters.

Fibroids are most likely to develop in a person’s 40s and/or early 50s, but that’s definitely not a hard-and-fast rule. Mirroring the experiences of many other Black women, Peartree notes that she was diagnosed in her mid-20s. We’ll explore risk factors more in a moment.

Not all fibroids are created equal. Health experts classify the growths into five main types according to their position and makeup.

“The two that tend to be the most common are intramural and subserosal, but submucosal can cause the most complications,” Dr. Sekhon says. “That’s because submucosal fibroids can lead to fertility or pregnancy issues.”

While scientists haven’t quite pinpointed the exact causes of fibroids, research suggests that certain hormones likely play a role. “Fibroids can grow in response to stimulation from ovarian hormones—estrogen and progesterone—and therefore can increase in size over one's reproductive lifespan,” says Lucky Sekhon, MD, a board-certified OB-GYN and reproductive endocrinologist at Reproductive Medical Associates of New York. That means a fibroid can slowly get bigger over multiple decades. People in certain groups may be at a higher risk for developing fibroids. Here are some factors that may up your odds:

What are the symptoms of fibroids?

While many fibroids are asymptomatic (meaning you’d never know you had them), roughly 30–40% make their presence known. With her diagnosis, Peartree was able to connect the dots on other symptoms she had been experiencing, like dizziness from low iron. “I found out that anemia is another symptom of fibroids,” she says.

Symptoms generally depend on the location, number and size of fibroids, Dr. Sekhon says, and may include the following:

On the link with infertility, Dr. Sekhon explains that fibroids can block sperm entry into the fallopian tubes, alter blood flow to the uterine lining, distort the uterine cavity, and reduce the surface area for an embryo to implant. As for pregnancy loss, “If fibroids are in the inner lining or large enough to distort the cavity, they can also increase the risk of miscarriage,” she says.

Can fibroids cause weight gain?

For the most part, fibroids do not result in significant changes on the scale—at least not directly. “If fibroids are large enough, they can increase the size and weight of the uterus,” Dr. Sekhon says, but quickly adds that fibroids would have to be unusually large or numerous to add even 1 extra pound.

One possible connection between fibroids and weight gain is that they can throw a wrench in a workout routine—you may not exactly be eager to hop on a treadmill when you’re feeling super crampy or experiencing pelvic pain. On top of that, the heavy periods caused by some fibroids can sap strength. “The anemia associated with heavy flow can lead to weakness, and therefore less physical activity,” Dr. Sekhon says.

How fibroids are diagnosed

If you’re experiencing symptoms of a fibroid, your doctor may perform a pelvic exam or refer you for an ultrasound to assess the size, location, and number of fibroids in your uterus. Your doctor may also order an ultrasound to look for fibroids if you’re having trouble conceiving. In those cases, “We evaluate the uterine cavity to make sure it is nice and smooth, and if any submucosal fibroids are identified, we would recommend removal,” says Sekhon.

Since they are so often asymptomatic, though, many fibroids go undetected or are only discovered when an ultrasound is performed during pregnancy.

How to treat fibroids

Unless they’re interfering with your life, fibroids probably don’t require you to do anything. “They only need to be removed or treated if they are big enough to cause symptoms, such as inability to urinate or constipation,” Dr. Gupta says. But if you do have symptoms, or if you have a submucosal fibroid that could potentially complicate a future pregnancy, you’ve got options.

Peartree says an ongoing conversation with her doctor has been key to determining the best approaches at different points in her fibroid journey. “My OB/GYN is the nicest person and the first doctor who took time to explain what fibroids are and the importance of wellness,” she says. “At the time of my diagnosis, an option presented to me was to leave the fibroids alone and have surgery if they got bigger, which was the route I decided to take.”

For patients in that group, symptom management is the main goal. This might involve measures like popping a nonsteroidal anti-inflammatory drug (NSAID) for painful periods. Some also find hormonal approaches like oral contraceptives (a.k.a. birth control pills) or progestin IUDs helpful. “These can slow or prevent growth of fibroids by reducing the number of hormones stimulated by the ovaries,” Dr. Sekhon says.

For more severe or recurring cases—as well as submucosal fibroids of any magnitude—your doctor may advise one of several procedures.

Peartree’s fibroids ended up growing over time, and she has since elected to undergo a pair of surgeries to remove them. Speaking with WW while recovering from the latest procedure, in June 2021, Peartree says, “All things considered, I'm feeling well. At times I’m very winded and achy, but I understand this is part of the process. There have been times when my body had to tell me to stop and slow down, as I was trying to do a bit too much too soon. I’m OK with taking a much-needed break.”

Can diet and lifestyle affect fibroids?

A diagnosis of fibroids generally isn’t reason to eat or avoid specific foods. At this point, there’s scant research to support the idea that any particular food item can alleviate or worsen these uterine growths. Just one study has linked high intake of a certain food—red meat, in this case—with a heightened likelihood of developing fibroids.

Nevertheless, Dr. Gupta says an overall healthy pattern of eating can reduce chronic-disease risk in general, as well as help you maintain a healthy weight. That means enjoying plenty of nutrient-dense fruits, veggies, and other whole foods, and going easy on added sugars, sodium, saturated fat, and boozy cocktails.

In light of research suggesting a link between physical activity and lower fibroid incidence in premenopausal women, Peartree worked to figure out a doable exercise approach. The aqua aerobics and Bikram yoga sessions she tried were fun but didn’t quite meet her needs. “Walking is what I’ve learned to be best for me,” Peartree now says. “As my fibroids came back [between surgeries], the pain increased, and walking is a form of exercise that is less strenuous on my body and has a positive effect on my mental health. It allows me to decompress mentally and exercise for longer periods of time.”

On that note, Peartree also reports that managing stress in all areas of her life has been helpful for mitigating fibroid-related pain flare-ups. “I needed to make a change and prioritize my health: Keep distance from people and things that stressed me out, decrease the amount of projects I took on, and learn to walk away from projects that were not conducive to my wellbeing,” she says. “Your heart, your gut, and your soul all have ways of communicating with you.”

The upshot: Fibroids are common, and experiences vary

In many cases, fibroids cause zero symptoms and do not require medical treatment. If that describes your situation, you may even forget you have fibroids! But definitely reach out to a doctor if you develop symptoms such as unusually heavy periods, intense monthly cramps, pelvic pain, or trouble conceiving.

Peartree is glad she spoke up about her own symptoms, sought treatment, and prioritized her wellbeing. “When it comes to health, being ‘selfish’ is the most important thing you can do,” she says. “Part of this journey is taking time for yourself, knowing when to take a pause, and not being embarrassed to communicate what is going on within your own body.”

Deanna Pai is a freelance health and lifestyle journalist whose work has appeared in Vogue, Cosmopolitan, Women’s Health, Self, Glamour, and more.

This article was reviewed for accuracy in July 2021 by Christi Smith, MS, CSCS, associate manager for science translation at WW. The WW Science Team is a dedicated group of experts who ensure all our solutions are rooted in the best possible research.