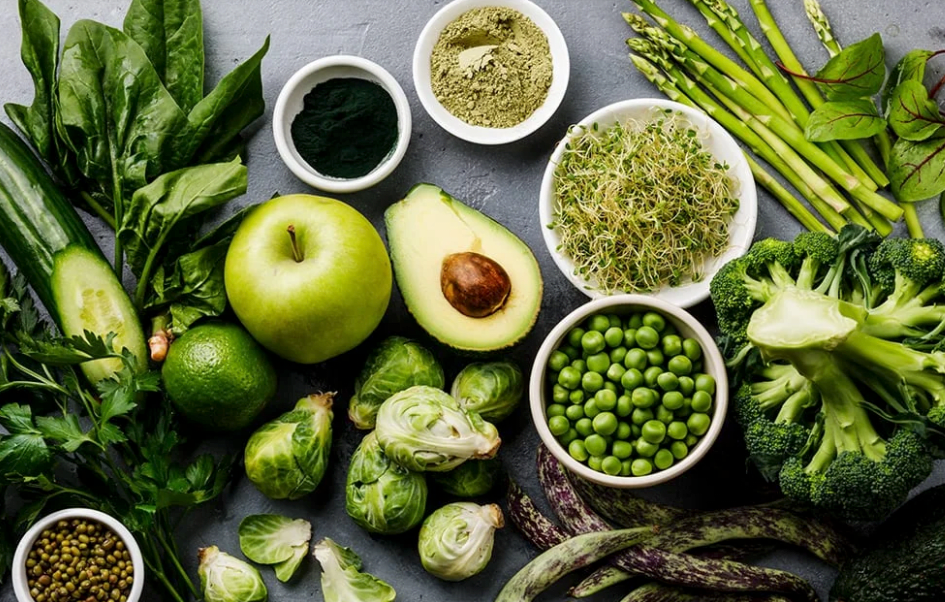 Should you try the green Mediterranean diet?

A plant-based riff on Med-style eating is gaining buzz for its potential health advantages. Here’s how the science stacks up so far.
Heeseung Kim

Some might argue that it’s tough to improve on the traditional Mediterranean diet. With its emphasis on fruits, veggies, whole grains, fish, healthy fats like olive oil and nuts; and its smaller amounts of dairy, eggs, poultry, and red and processed meats, this eating approach has long been a star in nutrition circles. Compared with diets that are higher in meat and refined carbs, Mediterranean-style eating has been linked to better long-term weight management, a lower risk of developing conditions such as cardiometabolic disease, certain cancers, type II diabetes, and Alzheimer’s disease; and lower all-cause mortality in general.

If it ain’t broke, don’t fix it—right? Not so fast, according to researchers who have tweaked the classic Mediterranean diet in hopes of creating an even healthier “green” version that pumps up the plant quotient and further reduces animal protein.

What exactly does the green Mediterranean diet entail—and do the benefits beat those of its predecessor? Keep reading for the lowdown so you can decide whether this plant-forward eating style is worth a try.

What is the green Mediterranean diet?

The green Mediterranean diet is a newish eating approach in the early stages of investigation, says Iris Shai, PhD, a professor in the nutrition departments at Harvard T.H. Chan School of Public Health and Ben-Gurion University of the Negev in Israel. The goal? To see whether it’s possible to “upgrade the traditional healthy Mediterranean diet by amplifying the polyphenol content and reducing meat,” Dr. Shai explains. Polyphenols are micronutrients found in plant foods.

Dr. Shai led a research team that followed a small sample of 294 adults who had abdominal obesity for 18 months. In a pair of studies published in the journals Heart and Gut in 2020 and 2021, volunteers were split into three groups:

What are the potential health benefits of the green Mediterranean diet?

After six months, both calorie-restricted versions of the Mediterranean diet were associated with similar magnitudes of weight loss—about 12 to 14 pounds on average. (Meanwhile, volunteers in the healthy-advice group lost about 3 pounds.) But those in the green Mediterranean diet group saw the greatest reductions in harmful LDL cholesterol, diastolic blood pressure, and markers of inflammation.

The researchers also found that participants following the green Mediterranean diet lost twice as much liver fat as those in the traditional Mediterranean diet group (and three times as much as those in the healthy-advice group). While this study wasn’t designed to measure long-term health outcomes, Dr. Shai notes that reductions in liver fat may reduce the risk of liver disease and cardiovascular disease.

Which foods can you eat on the green Mediterranean diet?

Do I need these exact foods to get the benefits?

It’s too soon to say for sure, but Cochrane doubts that the trio of duckweed, walnuts, and green tea form some unique silver bullet against disease. “Even though we might not be able to draw the conclusion that these specific plant-based foods are helpful for everybody, I think it can still tell us there’s some good nutrition to be had in increasing how much of the plant-based foods you’re including,” she says. “For me, [this research] just reinforces that there are lots of benefits from plant-based foods.”

In other words, if you can’t find duckweed products at your local supermarket—or if green tea and walnuts just aren’t your jam—other plant-based foods could conceivably provide similar benefits.

For plant-based proteins, Cochrane suggests nuts, legumes, seeds, and beans. Beyond plants, she’s also a fan of fatty fish, like salmon, which was included in the studies.

As for the polyphenol aspect, “Polyphenols are found in a good variety of plant-based foods,” Cochrane says. “Fruits, vegetables, things that come from plants—like cocoa and chocolate, seasonings, herbs … They all have different varieties of polyphenols.”

Is the green Mediterranean diet safe?

Not if you’re allergic to nuts! That aside, keep in mind that the green Mediterranean diet has only been studied in the context of calorie restriction, which might not jibe with your personal energy requirements.

“The calorie levels that were given were generalized, so following what was in the study might not be right for everybody,” Cochrane says. Beyond that, Cochrane says she doesn’t have any specific concerns regarding walnuts, green tea, or duckweed. Echoing advice from the WW science team, Cochrane recommends speaking with a qualified nutrition pro or your healthcare provider before making any major change to your diet.

Another point to remember: Unless the parameters of the green Mediterranean diet align with your actual food preferences, the regimen might be tough to keep up long-term.

Bottom line: Should you try the green Mediterranean diet?

At the end of the day, it’s probably worth remembering that a healthy pattern of eating is not a contest between specific foods. Says Cochrane, “Increasing your variety of fruits, vegetables, grains, nuts, and plant-based proteins—that can definitely increase the nutrient profile of your overall diet and really encourage good health.”

Heeseung Kim is a freelance journalist and editor specializing in health, wellness, and sustainability topics.