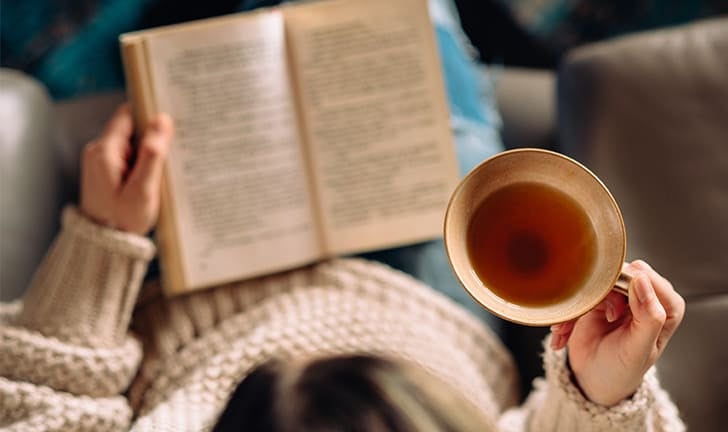 The health benefits of tea: cozying up with your favourite teacup

Herbal, black, white, green, and more, the world of tea is yours to explore.
Nadia Atzori

When you think of tea, you might think of tea bags and tea leaves, a warm beverage that you can cozy up to, or that cup of liquid gold that helps you unwind. According to the Tea & Herbal Association of Canada (TAC), the word “tea” actually refers to the mid to late afternoon meal that is synonymous with England. Tea time is often viewed as one of the most quintessential customs of the United Kingdom.

However, the ritual of drinking tea dates to the third millennium BCE when the Chinese Emperor Shen Nung first discovered tea while sitting under a tree. The leaves blew into his boiling pot of water and the rest is history.

Throughout the years, tea grew in popularity as Chinese farmers began to find ways to harvest and process tea leaves. It was also discovered that tea not only could be used as a drink but also had medicinal properties. Tea became an international phenomenon in the late 1600s when it was offered as a gift to Russia from the Chinese and was introduced to Europe by King Charles II along with his wife Queen Catherine de Braganza.

The ceremony of afternoon tea was later popularized in England in the mid 18th century by Anna, the 7th Duchess of Bedford who remedied her hunger with a tray of tea, bread, and butter. First seen as a way to mitigate hunger between lunch and dinner, it later became a fashionable social event between Anna and British socialites.

In the 19th century, tea consumption increased dramatically as afternoon tea began being offered to upper-class women at hotels across the world. Today, tea is cultivated in more than 40 countries and is the second most widely consumed beverage in the world, after water.

Fast forward to the present, where teatime allows us to escape from our fast-paced schedules, connect with those around us, take in the wonders and sounds of nature, experience inner calmness, and disconnect from our digital realm. Boiling loose-leaf tea can also provide you with the time that is needed to reconnect and add serenity to the day.

All tea comes from the leaves of the Camellia sinensis plant, however, just like wine, the various flavour variations and characteristic colours are distinctive of the time and type of processing. Similarly, the nutrients found in tea will also vary based on the different levels of oxidation. Below are some of the nutrients found in tea and milligrams of caffeine per cup.

Caffeine is naturally occurring in the Camellia sinensis plant so all the most common teas: black, green, oolong, pu’erh, and white are caffeinated. Decaffeinated tea, also referred to as herbal tea, is created by the infusion of leaves, seeds, flowers, fruits, and barks. Black, green, and oolong teas are the most common types of caffeinated tea, each with varying amounts of caffeine. The caffeine content will fluctuate depending on the brewing time. The longer the steep and the hotter the water, the greater the amount of caffeine per cup. With that said, a cup of caffeinated tea typically contains one third to one half less caffeine than a cup of caffeinated coffee. According to Health Canada, caffeine is safe to consume in moderation with a daily recommended limit of 400-450 mg per day, which equates to 10-12 cups of tea.

Some common nutrients found in tea include: copper, fluoride, magnesium, phosphorus, potassium, and zinc. Flavonoids are one of the major phytonutrients found in the Camellia sinensis plant. The most protective flavonoids, catechins and epigallocatechin gallate (EGCG), have antioxidant properties that control the damaging effects from free radicals, which can lead to the development of many chronic diseases. Fun fact: although tea does not replace the additional benefits that fresh produce provides, two cups of tea provide the same amount of antioxidants as seven glasses of orange juice, five onions, or four apples.

While some beverages are more advantageous than others, evidence has shown that incorporating tea as part of your daily routine can enhance overall wellness. Turn on the kettle and enjoy a warm cup of positivi-tea as we share some of the health benefits of black, green, oolong and white tea.

Although herbal teas do not contain caffeine and won’t give you that morning and mid afternoon pick-me-up, they do have calming effects. Below are some common herbal teas with their unique health benefits.