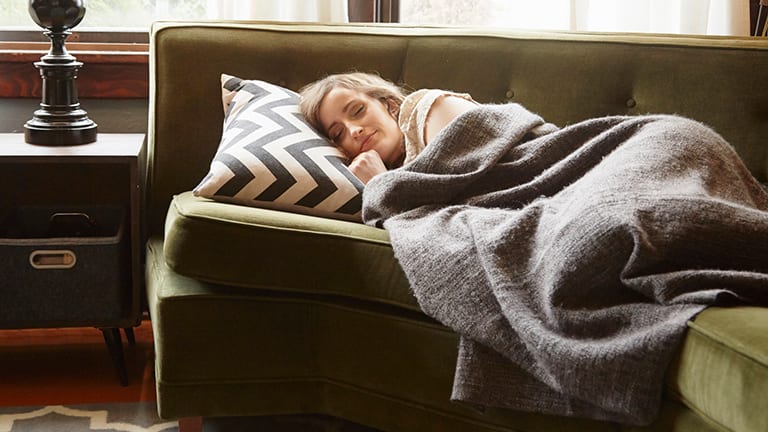 A healthy checklist for anyone who loves naps

Get more from your midday snooze sessions with these 5 expert strategies for timing, room temperature, and more.
By Alice Oglethorpe

On busy days when you can’t quit yawning, few things feel as blissful as surrendering for a quick snooze. But as natural as napping may feel—close eyes, commence sleep!—having a simple plan in place can help make your siesta more effective in heightening alertness, enhancing mood, and imparting other benefits. Take your naps to the next level and get the rest you deserve with these recommendations from leading sleep specialists.

5 elements of a restorative nap

Ever conk out in the middle of the day and wake up feeling more sluggish? You may have snoozed a little too long. “With a nap, you’re trying to just skim the surface of sleep and not ascend into a cycle of deep sleep where your brain thinks it’s night,” says W. Christopher Winter, MD, president of Charlottesville Neurology and Sleep Medicine in Virginia. “You want to get in and out before you get to that point.”

A review of research on napping found that naps seems to have the strongest link with enhancing wakefulness and performance when they last between 10 and 30 minutes. The longer a nap stretches beyond that window, the more likely a person is to experience temporary sleep inertia—the medical term for that groggy, confused, “what month is it?” sensation, Dr. Winter says. Keeping a nap short also helps minimize interference with your regular nighttime sleep, he adds. To avoid overnapping, set an alarm or ask a household member to boot you out of bed at a predetermined time.

Nope, you’re not just being lazy: The post-lunch energy slump many people experience is a cyclical phenomenon documented by science. “You have a natural dip in your circadian rhythm in the early afternoon,” says Dr. Winter, who is also the author of The Sleep Solution. “It’s why you may feel [listless] for an hour or two after lunch.” This may be partly due to changes in the brain’s hypothalamus that occur in the 1-to-3-p.m zone (and again in the evening).

The afternoon energy downswing creates an ideal opportunity to nap, as you’ll be that much more likely to nod off efficiently, says Monique May, MD, a family physician based in Charlotte, North Carolina. Conveniently (thanks, brain!), you’ll awake with a good chunk of the day still ahead of you, allowing your body sufficient time to cycle back to sleepiness when you’re ready to turn in for the night.

Some afternoons, you might feel so zonked you could nod off with a jackhammer clanging beside you. You’ll probably get more from your nap, however, if you treat it like a mini bedtime and move to a more calming sleep environment. “You want a nice dark area, no noise, not too hot or cold,” Dr. May says. Consider muting phone alerts while you’re at it, she suggests: “Minimize any distractions so your brain can quiet down.”

In terms of body position, it’s generally best to nap in whatever way affords you the best rest at night. So if you normally sleep lying horizontal, don’t try to nap while sitting upright in an armchair, Dr. Winter explains. Retreat to the bedroom, or stretch out on the couch and snuggle under a blanket.

Stressing over time constraints (“I’m tired but I have to pick up the kids/dial in for a phone meeting/bring the dog to the vet in 60 minutes!”) is a surefire way to stop a nap in its tracks. To alleviate that race-against-the-clock feeling, Dr. Winter suggests shifting the objective ever so slightly. “If sleep happens, that’s awesome, but make your goal just to rest,” he says. There’s a good chance you’ll feel renewed even if you don’t technically doze off. Research has found that whether or not people fall asleep, simply lying down for a short midday break is correlated with positive changes in mood.

Once your nap is over, don’t expect to go from slumbering to super alert immediately—most people need about 10 minutes to fully reboot after emerging from a midday snooze. “This gives you some time to shake out the cobwebs,” Dr. Winter says. His post-nap suggestion: Try stretching, moving around a little, or looking out a bright window “to help your brain wake up.” One small study of 10 healthy adults suggests that following a 20-minute afternoon nap with a minute of bright light exposure, a splash of water on the face, or a cup of coffee can enhance the energizing effects of a nap itself.

Alice Oglethorpe is a freelance journalist in Chicago. Her writing has appeared in Real Simple, O The Oprah Magazine, Prevention, Men’s Health, Self, Shape, Fitness, Better Homes & Gardens, and many other publications.