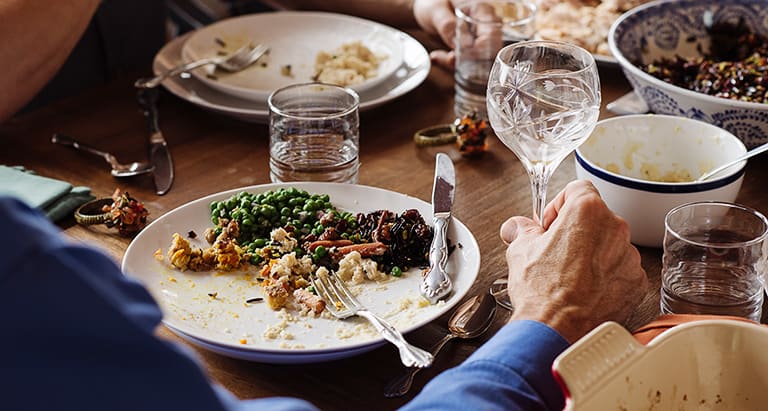 Am I Really Hungry?

“Eat when you’re hungry and stop when you’re satisfied.” As far as weight-loss advice goes, it’s one of the simplest tips out there. But following through can be surprisingly difficult and that's why its not something we recommend as a tactic to help manage how much you eat.

“Part of your appetite comes from physical hunger, in which your body actually wants energy,” says Stephan Guyenet, PhD, author of The Hungry Brain. “But some [aspects of appetite] can come from thinking that a brownie looks really amazing.” Of course, eating when you’re actually hungry gives your body fuel to get through the day. It’s that other kind of eating practically guarantees that you’ll take in extra calories that you don’t actually need.

So how can you tell the difference? Fortunately, it’s easier than you might think. Here’s what you need to know about your appetite, and how to decipher the confusing signals it can sometimes send.

Why Do We Eat When We're Not Hungry?


The answer boils down to — you guessed it — biology. To safeguard against starvation, humans evolved to crave concentrated sources of fat, sugar, protein, and starch. Eating this stuff doesn’t just fill our bellies. These foods also trigger the brain to release the feel-good hormone dopamine, so they make us happy. “No matter whether you’re full and you already have enough body fat, you’re still going to find those foods attractive,” explains Guyenet.

Intellectually, you know that eating when you aren’t hungry can thwart your weight loss. But whether or not you’re actually able to pass on those tempting foods often depends on a host of factors. For one, your emotional state: Because tasty foods deliver a mood boost, eating them can temporarily ease feelings of sadness or stress, says Susan Albers, PsyD, author of Eat. Q.: Unlock the Weight-Loss Power of Emotional Intelligence. They can also distract you when you’re bored.

That’s not all. We’re often driven to eat out of habit. If you tend to snack while watching TV or movies, you might grab the popcorn without even thinking about it. And other times, tempting stuff is just there. “Convenience is very, very powerful,” Guyenet says. “You don’t really have to be hungry to grab a handful of chips as you’re walking past them.”


There are an awful lot of things that can drive you to put food in your mouth. So how can you figure out if that slice of pizza looks so good because your tank is running low on fuel — or for a completely different reason?

First, tune into your body. Physical hunger is accompanied by physical sensations that are hard to miss. Your stomach might feel empty or start to rumble, while your energy might be a little low. And the longer it’s been since your last meal, the stronger these signals will start to get, Albers says.

Notice what foods pique your interest, too. When you’re hungry, even simple, healthy foods like an apple or unsalted, raw almonds will sound appealing. But if you’re only in the mood for something specific — like barbecue potato chips or a peanut butter brownie — your desire to eat is probably coming from somewhere else, Albers explains.

Set Yourself Up for Success


Being able to tell when you’re truly hungry can help you avoid eating for other reasons. But making a few simple changes can help prevent more of these confusing situations from happening in the first place. “If you modify your environment so it doesn’t present easy, tempting food cues, you’re not going to have to fight your impulses as much,” Guyenet says.

One way to do that is by making tempting foods harder to access. For instance, tucking snacks away in the back of the pantry instead of keeping them out on the counter where they’re easy to grab without thinking. Or, not having them around at all. “If your brain knows that you’d have to go to the grocery store to get ice cream, it’s easier to resist, and you might not even get a craving for it,” says Guyenet.

Stay on top of your emotional state, too. For many, feeling flustered or overwhelmed can trigger a feeding frenzy, Albers says. So take steps to keep your stress levels in check — like exercising, meditation, or even journaling. And get your z’s. It’s easier to get frazzled when you’re exhausted (which then often leads to overacting). However, findings show that getting enough sleep can act as a buffer against stress eating.

So the next time you think you’re hungry, do a gut check. Ask yourself: