Andri and Mo are real-life #couplegoals. Since joining WW they’ve lost more than 8st between them and discovered that being healthy helps them get the most out of life.

Andri & Mo lost weight on our previous programme and are now continuing with myWW. 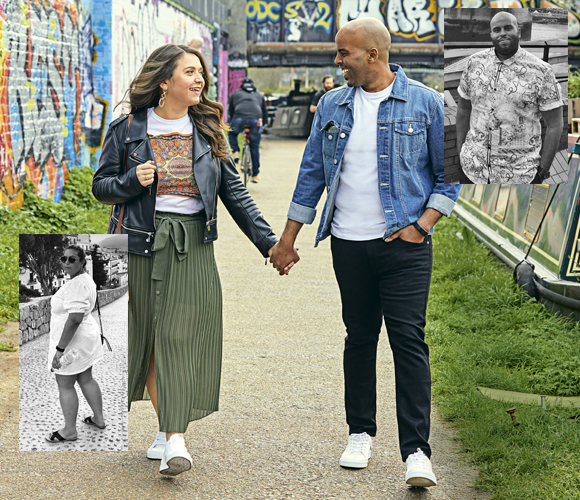 Travelling around the world, hanging out in hipster cafes, exploring food markets and kicking back in bathrobes on spa breaks – not to mention juggling busy and fulfilling careers… Andri and Mo are definitely two WW members on a mission to squeeze every last drop of joy out of life.

The unstoppable pair have been together since their teens. When they’re not busy with their jobs in East London schools – Mo’s a pastoral care worker while Andri’s a careers advisor – they pack their free time with fun stuff. But a holiday last summer proved to be a wellness wake-up call. Once home, the couple were excited to share their holiday snaps on social media when reality struck. ‘I was scrolling through the pictures to post on social media but couldn’t find one I was happy with,’ says Andri.

‘All my clothes looked tight. I felt frumpy, overweight and disappointed in myself. It was time to take action, and bring Mo – who was also overweight – along for the ride.’ At first Mo was sceptical, but he had to admit that the photos did not lie! ‘We both work long hours, so we always made the most of our free time, eating and drinking whatever we wanted, and having a great time,’ he says. ‘With London on our doorstep, we’re so lucky to always have something exciting to try, see, do – or eat. And if Andri and I ever did venture to the gym, it wouldn’t be for a workout – we’d head straight for the sauna and stream rooms! There wasn’t a lot of exercising going on.’

Despite initial reservations, joining WW proved to be the start of a whole new adventure for the couple. They threw themselves into their get-healthy journey with gusto and soon discovered that living a healthier lifestyle doesn’t mean you have to give up the things you love. Far from it.

Over the past year, Andri has lost 3st, while Mo has shed 3st 7lb, and they’re feeling better than they have done in years. Follow their journey on Instagram @ww_losinglbs_together.

It had been a shock to realise I weighed more than 15st at my first Wellness Workshop, as I’d never bothered to weigh myself. However my Wellness Coach, Angela, was super supportive, and by the end of the Workshop, I was feeling so positive that I walked out on a real high. But on my way home, I felt anxious about Mo. He’d been doubtful about me joining WW, and I was worried I’d suffer a crisis of willpower at mealtimes if he was sitting opposite me with his plate piled high with pasta. 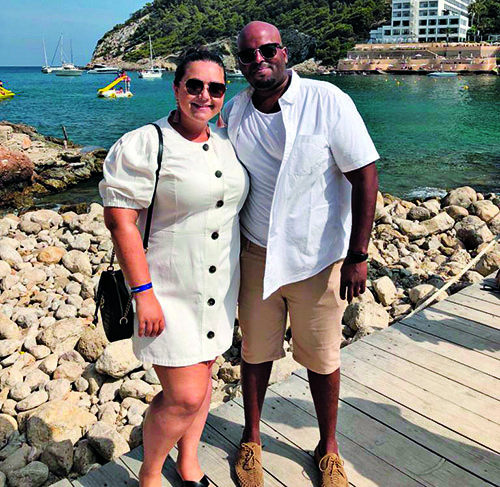 My family are Greek Cypriot and Mo loves Mediterranean food, so we had a habit of eating big portions of pasta and pizza. We’d also end up having seconds. Cooking is a key part of our cultures, yet we also relied on sauces from a jar for convenience. When I explained the programme to Mo, he couldn’t believe we’d still be able to eat our favourite foods and enjoy meals out. I was delighted when he downloaded the WW app and agreed to go to my Workshop with me – it meant we were in it together!

We ditched the pre-made sauces and started cooking from scratch using WW recipes, like Bolognese with courgetti. We loved getting creative in the kitchen and learning about portion sizes. It actually makes me embarrassed to think how big our portions used to be!

Andri and I met at school, and got together on her 18th birthday. Since then, she’s been my rock. I love her so much and have always seen her as beautiful – but now she looks even more fantastic! I’d been through a lot before we became a couple. I was born in Somalia, and when the civil war began in 1991, my mum Halima woke me in the night and we fled to the Kenyan border. We had to leave my youngest brother behind with my grandma, so in order to return to get him, Mum shaved her head and disguised herself as a male soldier. It was a traumatic start to life, but we made it to safety in the UK. Growing up in East London, my happiest memories are of waking up to the sound of Mum singing and the smell of her cooking.

She was an incredible woman whose life was cut short in 2001 when she died of a heart attack aged just 36. She was so loving and caring. I think her heart was just too big. It meant that at 15, with my dad no longer around, I became a carer to my five siblings. I had to grow up fast and sacrifice a lot for my family. Mum had put all her love for us into her food, and I wanted to do the same, so I did my best to recreate traditional Somali dishes for them. Money was tight, but that forced me to be inventive, making do with what we had. It was tough, and Andri became my biggest source of strength. Without her, I wouldn’t be who I am today.

So it’s fitting that she’s also the one who spurred me on to start living a healthier life. I was sceptical when Andri said she was joining WW. But when she came home and told me about the programme, it sounded easy. A week later, I was at her Workshop with her. We knew we hadn’t been looking after our health, but after joining WW, everything changed. It’s easy to make excuses when you’re busy, but we realised that while having fun is a priority, so is looking after our bodies, and we can do both! 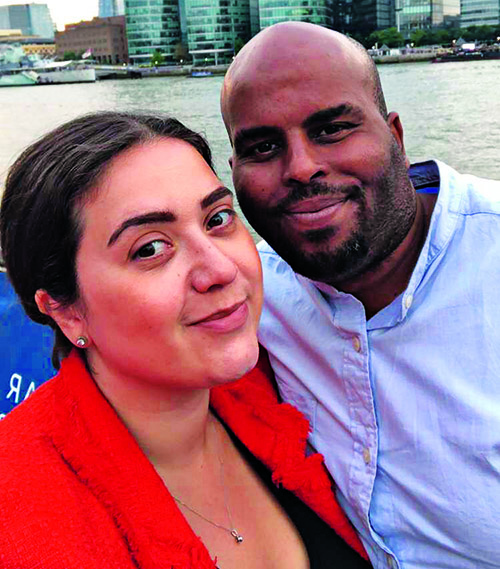 What’s great is that we’re doing it together, so we keep each other accountable. Now we go to the gym together at least twice a week, and I run along the River Thames at the weekend. Thanks to my mum, I’ve always had a passion for food.

I love cooking and can’t put into the words the joy I get from sharing it with others. Andri and I are supporting one another on this journey, but the best thing is that we still get to enjoy adventures and having a lot of fun. Getting healthier hasn’t changed any of that – if anything, it’s given us extra energy to enjoy it even more.