About 22 years ago, Liz was diagnosed with chronic pain. Relegated to her bed while on high-dose pain medication, Liz says she gained more than 100 pounds over several years.

“I never really had a weight problem until then,” she says.

Shortly after her father’s death at the age of 69 in 2003, Liz was reflecting on her own life and something clicked.

“I had just this moment of clarity where I realized that, you know, if I get to live as long as my dad did, I have only so many years left. That was a very sobering moment for me.”

That night, she packed up all her medication and got rid of it. She vowed to get her weight down and make the most of the years she had left.

Liz tried a few different things, but nothing was getting her the full results she wanted to see. She’d remembered having success on Weight Watchers (WW) in the past for losing 10 or 15 pounds here and there and decided to give WW another go.

In 2008, Liz and her husband, Don, walked into a WW meeting in Oakville, Ont., and they haven’t looked back since. 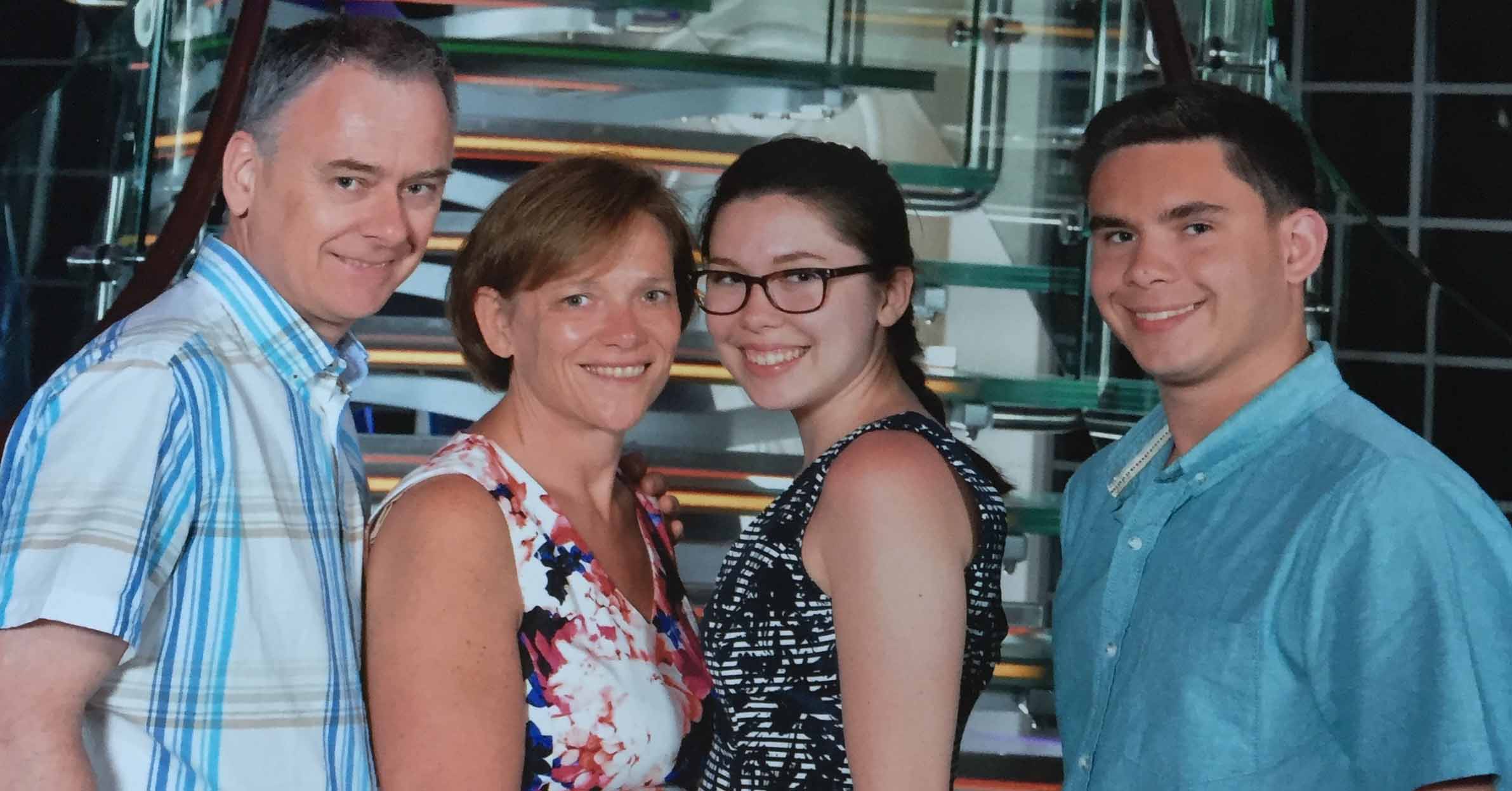 Don had about 40 pounds he wanted to lose so he joined in solidarity with Liz. Despite being the only man at their WW meetings, Don stuck with it, and he and Liz both reached their weight-loss goals on the same day and are now lifetime members.

The couple have had so much success on WW that when Liz and Don’s daughter, Taylor, gained about 15 pounds while at university, she turned to the program as well.

For Taylor, in many ways it was less about losing the weight and more about feeling better, both physically and mentally. Taylor, who started in January 2019, is now a lifetime member, too.

WW is completely a family affair, even for Taylor’s brother, who doesn’t follow the program formally himself, but will often cook WW-friendly recipes for the family and fully supports their lifestyles.

Liz is on myWWTM Green, while Don and Taylor are on Blue, but being on different programs is not an issue, they explain, because they all take responsibility for their own tracking individually. They can all eat the same meal, they just make sure to track it according to their plans.

They often cook together as a family and do their meal planning ahead of time to make sure they stay on track. Don adds that much of their cooking at home focuses on minimizing saturated fats.

It’s widely known that having the support of other people leads to greater success when making healthy lifestyle changes. By doing it together, Liz, Don and Taylor have had a built-in support system from day one.

“We just talk about it,” Liz explains, when asked how she and her husband have supported each other throughout their WW journey. Whatever hiccups they may have been experiencing individually, they have turned to each other for a sounding board.

They also tout the benefits of attending WW Workshops.

“It’s just an amazing community to be involved in,” says Liz, adding that she and Don have made friends with other couples at WW Workshops over the years.

With the government shutdown of non-essential businesses due to the COVID-19 pandemic, Liz and her family have been attending WW Virtual Workshops to continue to connect with their community.

Now, more than ever, WW Workshops can serve as an anchor for people feeling triggered by the pandemic – especially if they tend to turn to food to relieve stress.

Liz shares a mantra she’s been repeating to herself on her walks during the shutdown to keep herself motivated and focused on her goals: “This is going to end. The pandemic will come to an end. … Where do I want to be when that happens?”

Liz is so passionate about WW that she works with the company now, too. But, she says, she feels she is always a member first.

She adds: “The community is absolutely important to me.”

Celebrations of any kind can be triggering for people watching their weight, but it’s completely possible – and important – to still enjoy holidays and special occasions while fitting them comfortably into your healthy lifestyle.

For Mother’s Day, Don and the kids usually make Liz a WW-friendly breakfast, which is exactly what she wants, as she likes to keep her meals within her SmartPoints budget. Then she and Taylor will often go on a hike. They treat it as a day to spend together, being healthy.

This year, whatever they do to celebrate, it’s going to be a day to acknowledge Liz’s journey and how far they all have come, together.

“While we’ve all been in this together, I would say that my mom is probably our biggest, number one supporter in this,” Taylor says. “For Mother’s Day this year, I think our goal is definitely to celebrate what we were and what she was, and just recognizing her achievement and where she is now. A day of encouragement, for sure.”

When asked what advice they would give to anyone thinking about starting WW, or anyone currently struggling along their own journey, Liz, Don, and Taylor offered a few different tidbits.

Liz: “Start where you’re at, but just start. … Time is short. Make your life what you really want it to be. Start making your dreams come true.”

Don: “Set small goals. … The time is gonna pass anyway, so you might as well be doing something that’s good for your health.”

Taylor: “Be kind to yourself. … The journey is about a lot more than just the number on the scale. It’s about learning to love yourself as well.”