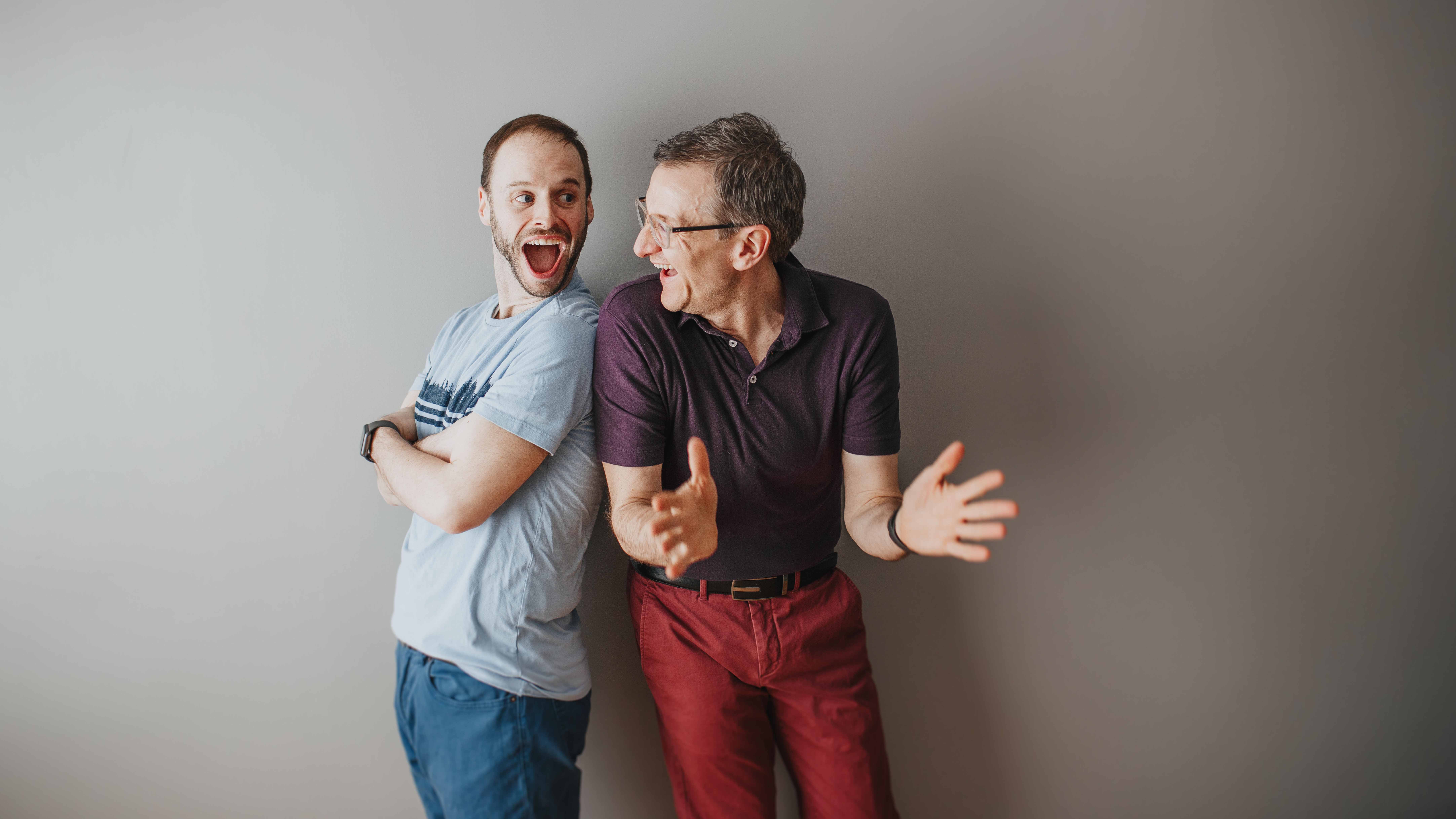 Plus, Nick and Jean-Luc share some of their best WW tips that make the program work for them!
Sarah Munn

WW Program: Both on Purple

What they say about the new program: “We absolutely adore the fact that WW has really listened to the members,” Jean-Luc and Nick say, explaining how myWWTM is now extremely flexible so members have the ability to completely customize the program to their lifestyles.

You may remember the couple Nick, an IT professional, and Jean-Luc, a sign language interpreter, from when they shared their story with us about a year ago. Or you might know them from their popular Instagram accounts and YouTube channel, not to mention their loyal fan following!

Both Nick and Jean-Luc had been overweight since childhood and had tried WW and other methods a few times but hadn’t stuck with them. It was in 2018 that they decided to give WW another try, and this time, it worked. They were both facing serious health issues and decided they wanted to do something about them, so they got on the same page, and they began WW together. Their “why” has been to be healthy and alive for each other, and working together to reach their goals has given each of them a built-in teammate along the way.

“It was instrumental,” Nick says of how doing WW together has helped them reach their goals. They build off of each other’s strengths – for example, Nick is not a morning person, but Jean-Luc is, so he’ll get them up in the morning to go to the gym.

This kind of teamwork is beneficial for any pair or group of people embarking on a health and fitness journey together. “Using those strengths together will help you be more successful,” Nick says.

Use the tools WW gives you

The way he and Nick made the program work for them is by applying it to their personalities and lifestyles.

“You need to examine your full life,” says Nick, and find areas that are problematic so you can make changes.

The tools WW provides are there to be adapted to your unique, individual life.

“The problem we found each time we tried the program before is we tried to change who we were fundamentally as people,” says Nick. They only found success when they stopped trying to do that and started making adjustments that fit into their lives instead.

Nick and Jean-Luc share the example of snacking. When they tried WW in the past, they would try to completely ban snacking at night because they had heard that wasn’t healthy. But a ban never worked for the long term, and eventually, they would go back to their old habits. Now, they take a different approach and embrace snacking.

Nick explains, “We know that’s the type of people we are.”

Now, he and Jean-Luc save SmartPointsTM for snacking at night and focus on “tweaking” their lives, instead of “transforming” them all together.

“If you’ve been a night snacker for 40 years of your life, how are you gonna change that habit that easily?” Nick says.

They’ve also adjusted their relationship with tracking. When they had tried WW in the past, they wouldn’t track on the weekends at all and didn’t really believe tracking was a key to success on WW. “But it so much is,” Jean-Luc says. Now, they track regularly, and even if they pause for a while, such as over the holidays, “We always go back to tracking,” he says.

Another way they adapt WW to their lives is by creating their own rules to follow because they know themselves, their triggers and their limitations.

One of their rules, for example, is that they’re not allowed to have Starbucks in the Greater Toronto Area (they live in Toronto) making it a rare treat. They also only watch new episodes of TV shows at the gym – not at home – as a way to push themselves to work out.

“When we establish that there’s something going off track, then we create a rule around it,” Nick explains.

Now that they are both on myWW doing the Purple plan, they’ve created rules to work with their new plan. For example, whole-wheat pasta and potatoes are ZeroPointTM foods on Purple, but they know those things are easy for them to indulge on – so they created a rule: they can have both of them once a week.

Both Nick and Jean-Luc make a point of being positive in the language they use around food and healthy habits in general. They don’t use words like “cheat” when talking about indulgent meals, and they don’t say things like “I only lost X number of pounds” because that carries a negative connotation.

“We try to be as positive as possible,” Nick says.

They also make a point of being open about their universal struggles and the moments when they’re not feeling great about themselves or times they’ve indulged in takeout food. They don’t hide these kinds of things or steep them in shame.

“Life does happen, and you can’t not live your life,” Jean-Luc says. “WW doesn’t want you to live in a bubble and not live your life. That’s not what this is all about. This is about making good choices and figuring out what works for you.”