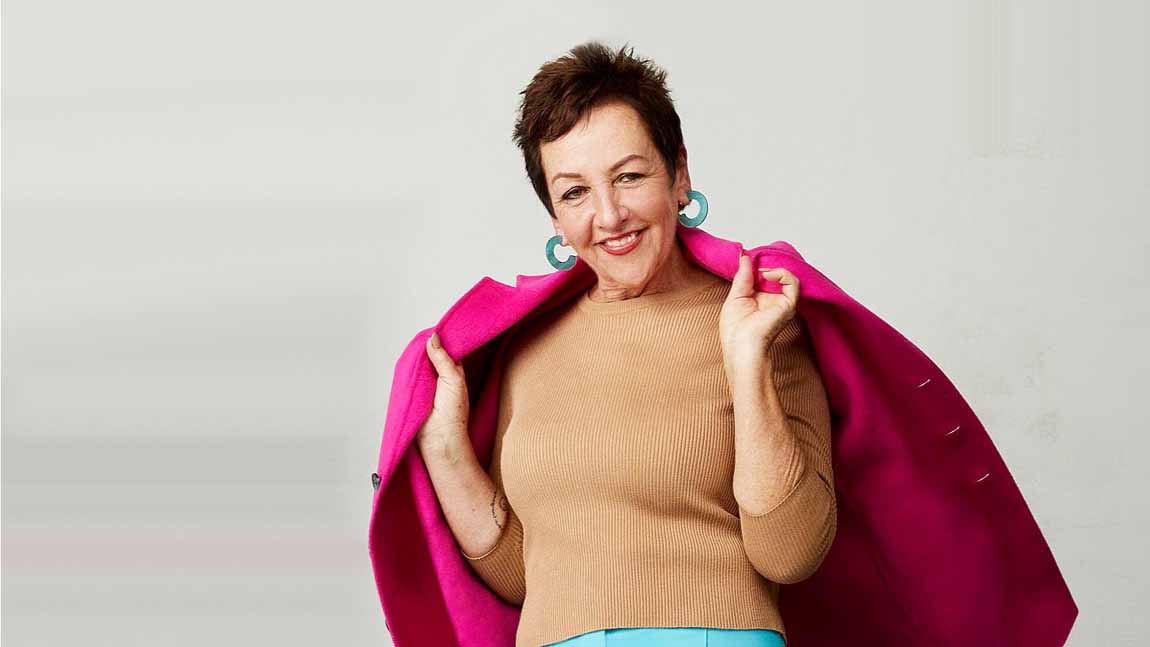 How Lindy took control of her life and found freedom

One member shares her story of losing weight and beating cancer in the process.
Sarah Munn

What she says about the new program: “It’s great!”

After having her two children, Lindy did what many women do: She put herself on the backburner to take care of her family. Quick fixes, fast food, and freezer meals made up the bulk of her diet and, over time, she gained weight. Her aha moment, as she calls it, came in 2014 while visiting New Brunswick with friends.

They were at Hopewell Rocks along the Bay of Fundy, and her friends went down the long flight of over a hundred steps to get down to the sand. Lindy saw how many stairs there were and knew she couldn’t manage them. She said two words to herself then: “It’s time.”

She got a Fitbit that Christmas and began exercising and eating healthier meals. A year and a half later, she had lost 82 pounds. Then one day in winter, she put her cold hands under her armpits for warmth and found a lump.

She had Stage 2A breast cancer, and Lindy says if she hadn’t lost the weight, she would never have found the lump.

She soon began cancer treatment and made that her entire focus. Part of her treatment included steroids, which are known to cause weight gain. It was disheartening to see the pounds come back (she regained almost all she’d lost), but Lindy says she stayed focused on the fact she was alive, and set her mind to losing the weight again as soon as she was able. In December 2016, Lindy got the all clear – she was cancer-free – and she got right back to work on her weight loss journey.

She’s now lost half of her former body weight  and she says, “That weight’s staying off forever.”

Her oncologist told her obesity was likely the cause of her cancer, and Lindy’s determined never to go back to the way she used to live.

Lindy’s stuck with WW throughout her health and fitness journey because it’s a sustainable program for her.

“For me, WW was the one (and only!) program that before I first joined, I did not feel the need to go out and binge on everything I wouldn’t be allowed to eat. That’s, of course, because nothing is off limits, and when you have a strong emotional connection to food, that fact is somehow comforting.”

She lost weight on the previous program, Freestyle – “Something about it just connected with me. I didn’t have to deprive myself.” – and is now on myWWTM Purple because she wanted to get comfortable with a broader range of ZeroPointTM foods. “You need to learn how to live with these foods in your life,” Lindy says.

Over time, her relationship with food has improved and she now has the upper hand – in the past, food could control her.

“As I have continued on my journey, I find I have less and less connection to these foods and their control over me,” Lindy says, referring to the unhealthy foods that used to make up the bulk of her diet. “I rarely eat them because, quite honestly, I simply don’t desire them anymore. I’m free! And life is unbelievably fantastic without the weight of food’s control!”

Lindy says her taste buds have actually changed and she just doesn’t crave things the way she used to. And when she does have a treat, a small piece or a few bites are enough to satisfy her.

“Why should something that tastes good run your life?”

Lindy’s also seen other changes throughout her life – for example, if she’s emotional, she’ll now go for a walk to work through her feelings. Or when she’s loaded up her car with groceries, she now always returns the shopping cart – something she never did before. And at home, she gets up to answer the phone or find the TV remote because she has the energy to do it.

With everything she has overcome, we asked Lindy what advice she’d give to others who want to make some lifestyle changes. She shares four tips.

“Willpower doesn’t last,” she says, explaining that regularly setting new goals and making plans will help you stay motivated on your health and fitness journey.

Clean out your kitchen

“You have to have a clean environment,” Lindy says. If there are a lot of unhealthy foods hanging around your kitchen, she says, donate it, freeze it or toss it.

“Plan for that success,” says Lindy. Preparing healthy meals ahead of time is something she finds helpful.

Do a soft start

Committing to a program like WW or making any kind of healthy lifestyle changes can be overwhelming.

If it’s feeling like too much all at once, you can take small steps. Pick one thing to focus on, such as eating a healthy breakfast, going for a walk a few times a week or drinking more water every day. Then once that’s an established part of your routine, you can add in another healthy habit, and then another.

And remember, on WW, Lindy says, “Nothing is off limits. Everything in moderation.”

Photo from People Magazine "Half their size" issue