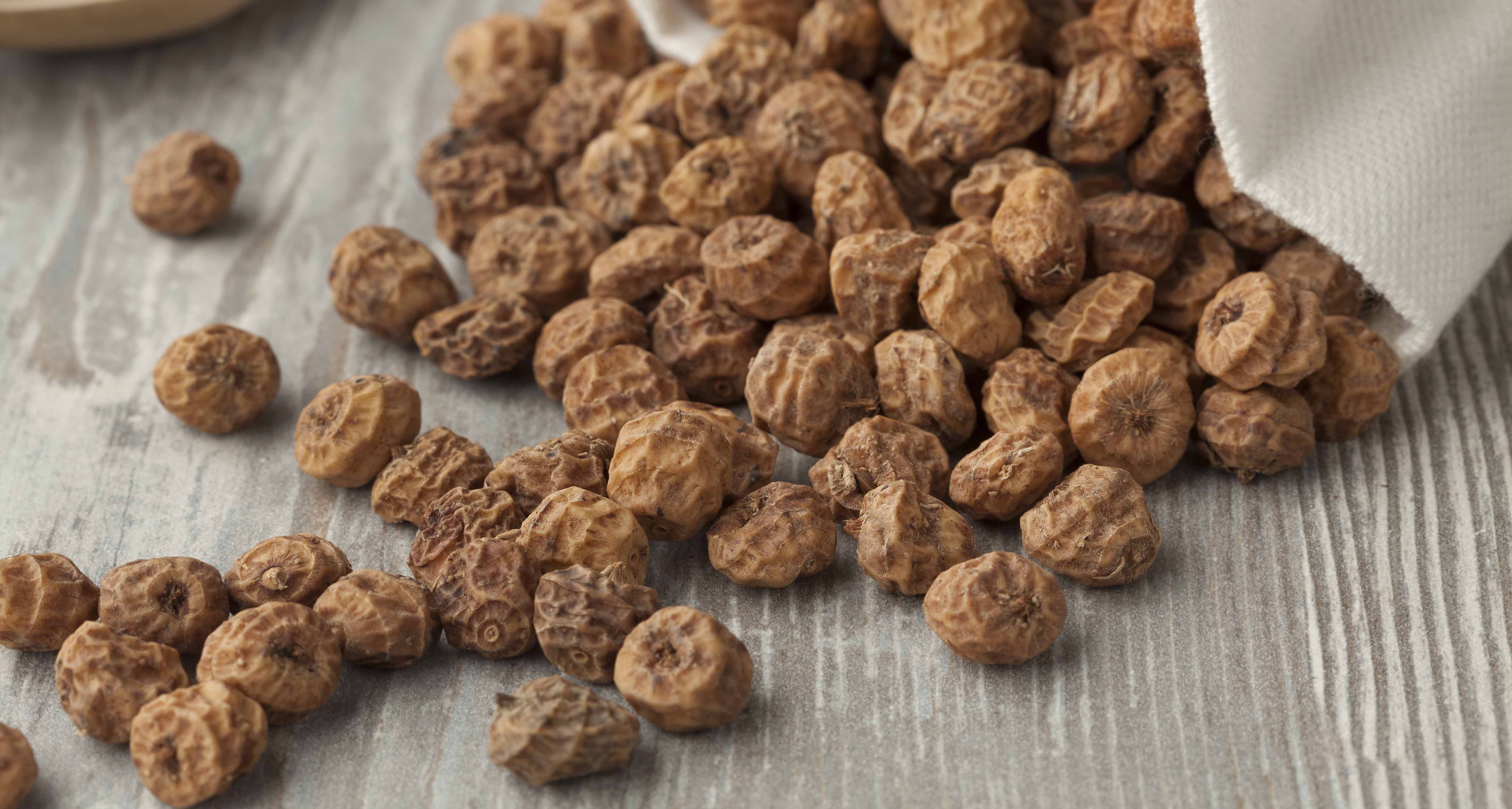 What are they and how do you use them?
Sarah Munn

One of the latest food trends is a nut that’s not a nut, that looks kind of like a dried-up chickpea and tastes kind of like an almond: The tiger nut.

“Tiger nuts are tubers – like potatoes, beets, or carrots,” explains Bracha Kopstick, a Toronto-based registered dietitian. “Despite their name, they are nut-free.”

The dry shrivelled-up marbles are the tubers of Cyperus esculentus, a type of sedge grass often considered to be one of the world’s worst weeds.

Tiger nuts have been traced back to ancient Egypt, having been discovered in burial tombs and depicted in wall paintings. And Oxford researchers found that our ancient ancestors in East Africa survived on a diet of mainly tiger nuts somewhere between 1.4 million and 2.4 million years ago.

In more recent years, tiger nuts have become a hot new superfood, touted for their health benefits and added to everything.

According to Prevention, an ounce of plain raw tiger nuts contains 120 calories and 10 grams of fibre.

“They are a source of protein, fibre, and are naturally sweet. They are high in potassium, contain unsaturated fats, and are also sources of other important nutrients like manganese, calcium, and iron,” Kopstick says.

It’s their fibre content that makes tiger nuts particularly special in the health department – specifically resistant starch fibre, which can help with weight loss and stimulate the growth of good gut bacteria.

Also known as chufa in Spain, tiger nuts (blended into a milk) are the traditional basis for Spanish horchata, a sweet, sometimes cinnamon-y drink. Conversely, in Mexico, horchata is made from rice.

“Tiger nuts make a hearty snack eaten alone,” says Kopstick, but they can be used in a variety of ways.

They are typically sold dried, and can be eaten straight out of the package, or soaked to soften a bit. They can be chopped and added into anything you’d add nuts to – salads, baked goods, etc. And you can experiment with cooking them in different ways, though boiling and roasting appear to be the most common. Tiger nut oil is also available, and can be used as a replacement for olive oil, especially at higher temperatures.

You can also make tiger nut milk by soaking and blending the nuts with water (as in the horchata example above).

Tiger nuts have even been processed into flour, which you can buy separately and which Kopstick says is gluten-free and “really easy to work with.”

“I've made soft chocolate chip cookies that have just a slight nutty flavour, delicious!” she says.

Your local health food store will likely have a selection of tiger nuts and tiger nut products, but if you’d like to shop online, Amazon and Well have great selections to get you started.