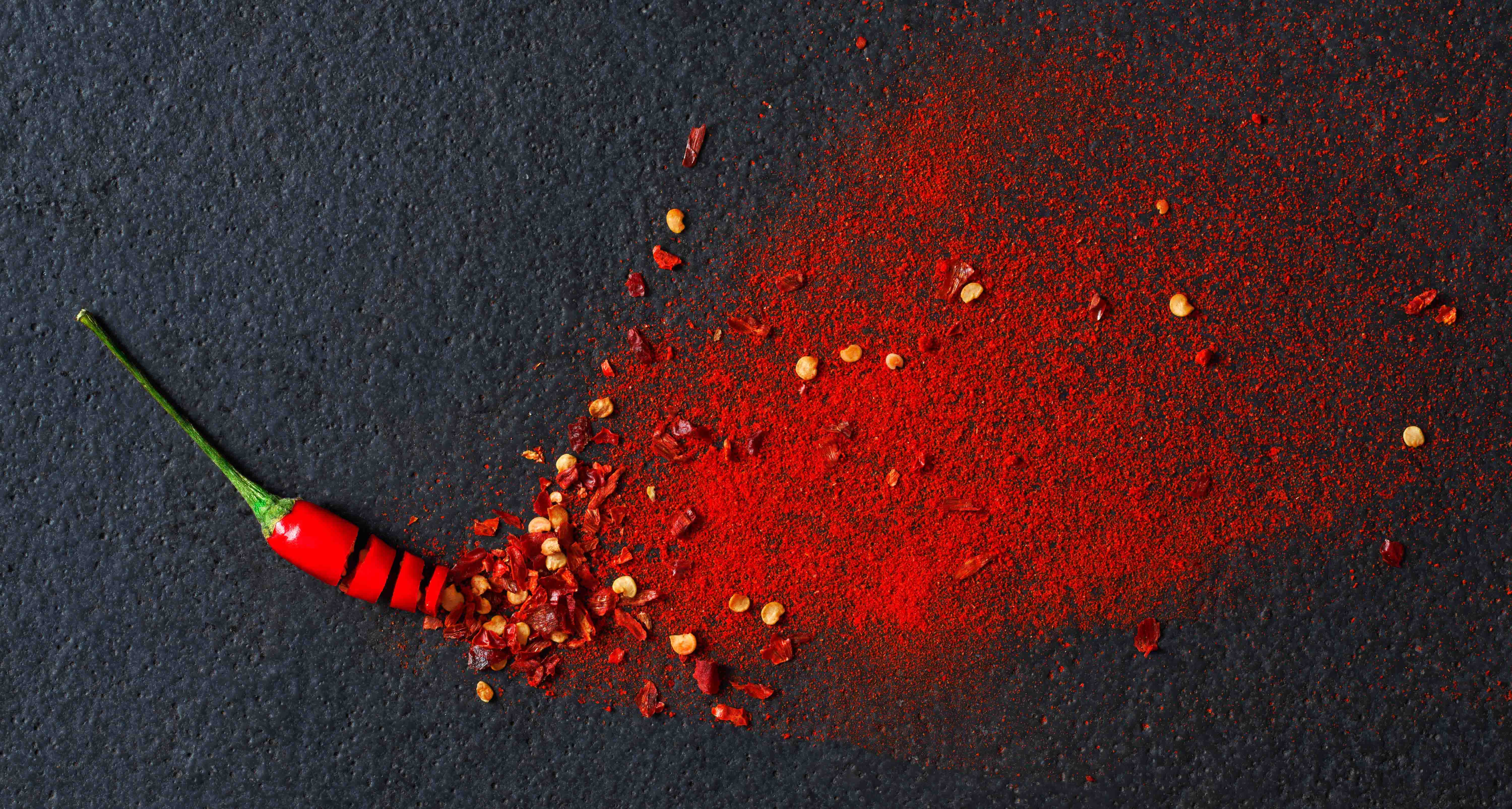 Spice it up With Chilies

We give you a crash course in some common chili peppers.
Ashley Linkletter

Chili peppers are a fabulous way to add a kick to your meal without worrying about adding extra calories. There are a huge variety of chili peppers and spice levels to choose from, meaning that there’s a chili pepper for every palate! The following tips will give you a place to start before venturing into the spicy world of cooking with chili peppers.

Capsaicin is the molecular compound responsible for the sensation of heat in chili peppers (as the experience of eating chilies is a sensation – not a flavour). Capsaicin is found throughout the flesh of the chili pepper and is largely clustered in the inner white membrane where the seeds are attached to the pepper. Depending on your personal heat tolerance, this membrane can be removed or left intact. Capsaicin is also used therapeutically in small concentrations as a cream, patch or spray to combat muscle and joint pain, skin conditions, and shingles.

Named after an American pharmacist named Wilbur Scoville, the Scoville scale measures the spiciness of chili peppers according to the assessment of those eating the chili.  Because of the subjectivity of heat sensation and the differences between peppers, the Scoville scale is considered a loose guide for what can be expected heat-wise. The Scoville scale is expressed in Scoville heat units (SHU), measuring all levels of heat from banana peppers (100-500 SHU) to Dragon’s Breath peppers (2,480,000 SHU).

How to handle chili peppers

Chili peppers are notorious for the lingering burning sensation they leave on hands, leaving you with residual capsaicin and chili oils, and the risk of touching your eyes or any other mucus membranes. Wearing gloves is the best solution but if caught without them try rubbing a small amount of vegetable oil on your hands before working with chili peppers and make sure to use dish soap to wash your hands afterwards as it will do a better job of cutting through oil than hand soap.

Ancho chilies are actually poblano chilies that have been fully ripened until they turn red and then dried. Ancho chilies are generally sweeter and on the milder side, but like all chili peppers they can be surprisingly spicy so taste with caution if you don’t have a high tolerance for heat. Ancho chilies can be ground up and used as a rub or they can be reconstituted in water and then blended to make a super-flavourful ancho sauce for meat and fish.

Serrano chili peppers resemble large jalapeño peppers and are often used in Mexican cooking. Despite their resemblance, serrano peppers are considerably hotter than jalapeño peppers and are a main ingredient in many salsa recipes. If you can handle the heat, these peppers are perfect for stuffing with rice, shredded meat, and cheese. Serrano chili peppers can also be roasted and then blended with garlic and lime juice for a fresh take on hot sauce.