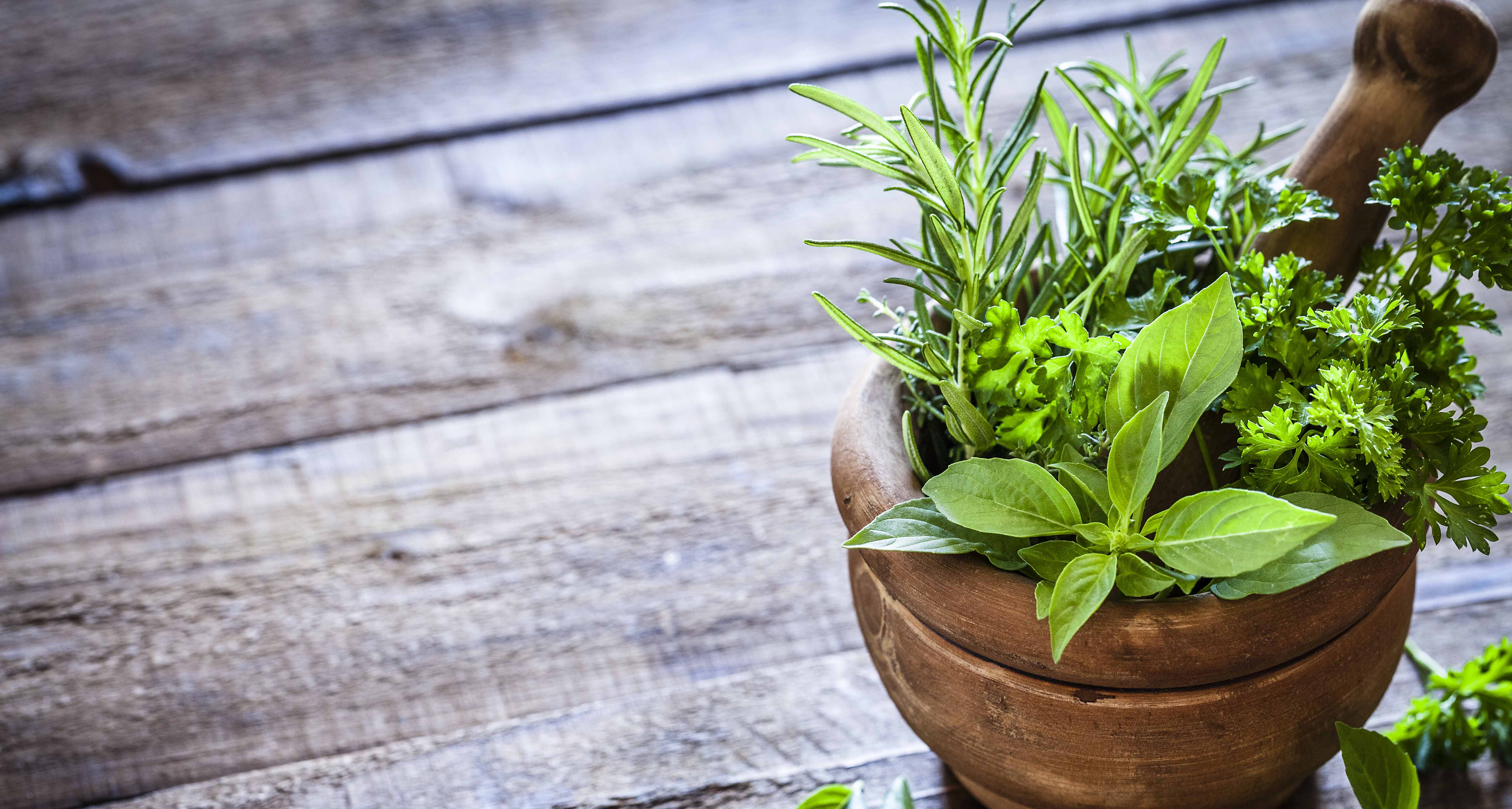 Herbs offer a lot of fresh flavour and colour to our cooking, but did you know they also have health benefits? Here are five healthful herbs to consider adding to your kitchen.

Cilantro (called coriander in Britain because it is the leaves of the coriander plant) is a fragrant leafy herb chock full of vitamin K, which helps our blood clot and helps build strong bones. Cilantro is said to aid digestion, help lower blood sugar levels, prevent urinary tract infections, protect against heart disease, and even help us sleep better.

Though oregano is most often used as a dried herb in cooking, it can also be used fresh. People also often use oil of oregano as an immune-boosting tincture.

Purported health benefits of oregano include being antibacterial and antiviral, fighting inflammation, and possibly helping to prevent cancer (thanks to its antioxidants).

Parsley is also touted for a wide range of other health benefits, including helping to fight heart disease, aiding digestion, staving off inflammation and strengthening bones, helping to treat bladder infections, and freshening your breath!

In addition to its purported memory-boosting benefits, rosemary is said to be useful either in tea or oil form to calm digestive processes and support hair growth.

Rissetto says sage can be steeped to make a tea that helps upset stomachs, sore throats, and can even be an effective pain reliever.

Sage has also been touted as a menopause-symptom reliever, as well as a memory aid, helpful in treating patients with memory loss due to ageing and Alzheimer’s disease.

As for how to incorporate all these herbs into our diets, Rissetto says, “fresh herbs are more potent, but cooked are just as effective.”

And there are myriad ways you can add them into your daily recipes. “You can incorporate them into marinades for meat, salads and even hide them in green drinks,” she says.