How to eat your way to feeling good.
Sarah Munn

Digestive inflammation is uncomfortable to say the least, but it can be fought with a little knowledge and the right menu.

“Inflammation is just the body saying ‘no’ to you,” says Sharon Brown, a nutritional therapist, clinical nutritionist and certified GAPS practitioner and founder of Bonafide Provisions. “In the simplest terms, inflammation is the body’s response to something it doesn’t like.”

“When you get an injury to your leg, it will swell up at the site of the injury. It's an immune response; white blood cells are released to the injury site, and (it) is the body's attempt to isolate the region and help the healing process.”

What we're talking about, he says, is more of a “low-grade” inflammation, but it's basically the same body response.

Mother-and-daughter duo Gail and Laura Piazza, authors of Recipes for Repair, both suffered from inflammation before they began following Dr. Kenneth B. Singleton’s anti-inflammatory elimination diet.

When Laura Piazza was diagnosed with Lyme disease, she grew intrigued with the approach and decided to try it. She turned to her mother to help create recipes that fit into her new regimen.

Before discovering Dr. Singleton’s diet, Laura’s mother, Gail, had for years experienced unexplained symptoms, not least of which was the feeling that she couldn’t complete a breath, experienced every morning after eating breakfast.

“Additionally, I would find myself burping often and suffered from frequent heartburn,” Gail says. “I never imagined that these problems could be caused by something I was eating.”

Gail later confirmed she had a definite dairy sensitivity and most likely one to gluten as well.

“If you eat the way we did 100 years ago on a farm, i.e., meat, fish, and poultry in their natural state, eating their natural feed, fruits, and veggies grown without pesticides with nutrient-rich soil, the body responds by going into a state of homeostasis, being fuelled by food, rather than inflaming because it can’t process the junk you are consuming,” Brown says.


Below, Dr. Ayoob shares a list of foods that can help fight inflammation:

“Inflammation is complicated,” Dr. Ayoob concludes. “Diet can definitely help – so can lifestyle, and they should work together.”

Below, Gail and Laura share their recipe for inflammation-fighting carrot almond pancakes.

Place the grated carrots in a medium-sized bowl.

Place the almonds, ginger and flaxseed in a food processor. Pulse 5-6 times until the almonds are finely ground.

Add the almond mixture and all of the remaining ingredients, except for the ghee (or coconut oil if using), honey and blueberries, to the grated carrots.

Heat the ghee (or coconut oil) in a small frying pan over medium heat for 1-2 minutes, or until hot.

Spoon four quarter--cup portions of the mixture into the frying pan, and cook for about 1-2 minutes per side, or until lightly browned.

Top with honey and blueberries if desired, and serve hot.

Cook’s Note: Prepare and refrigerate the pancake mixture the night before, so that you can make your breakfast in a few minutes. 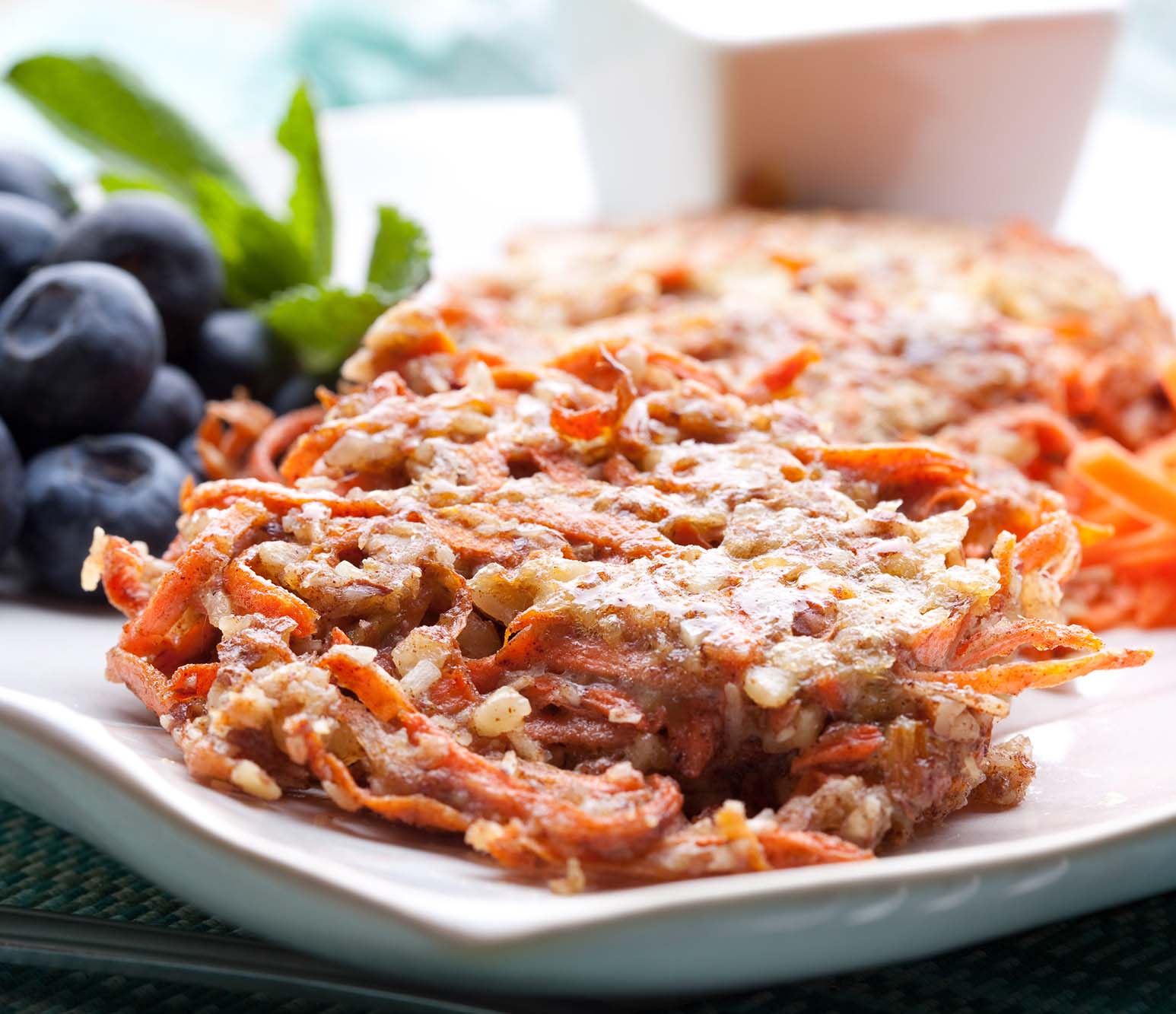