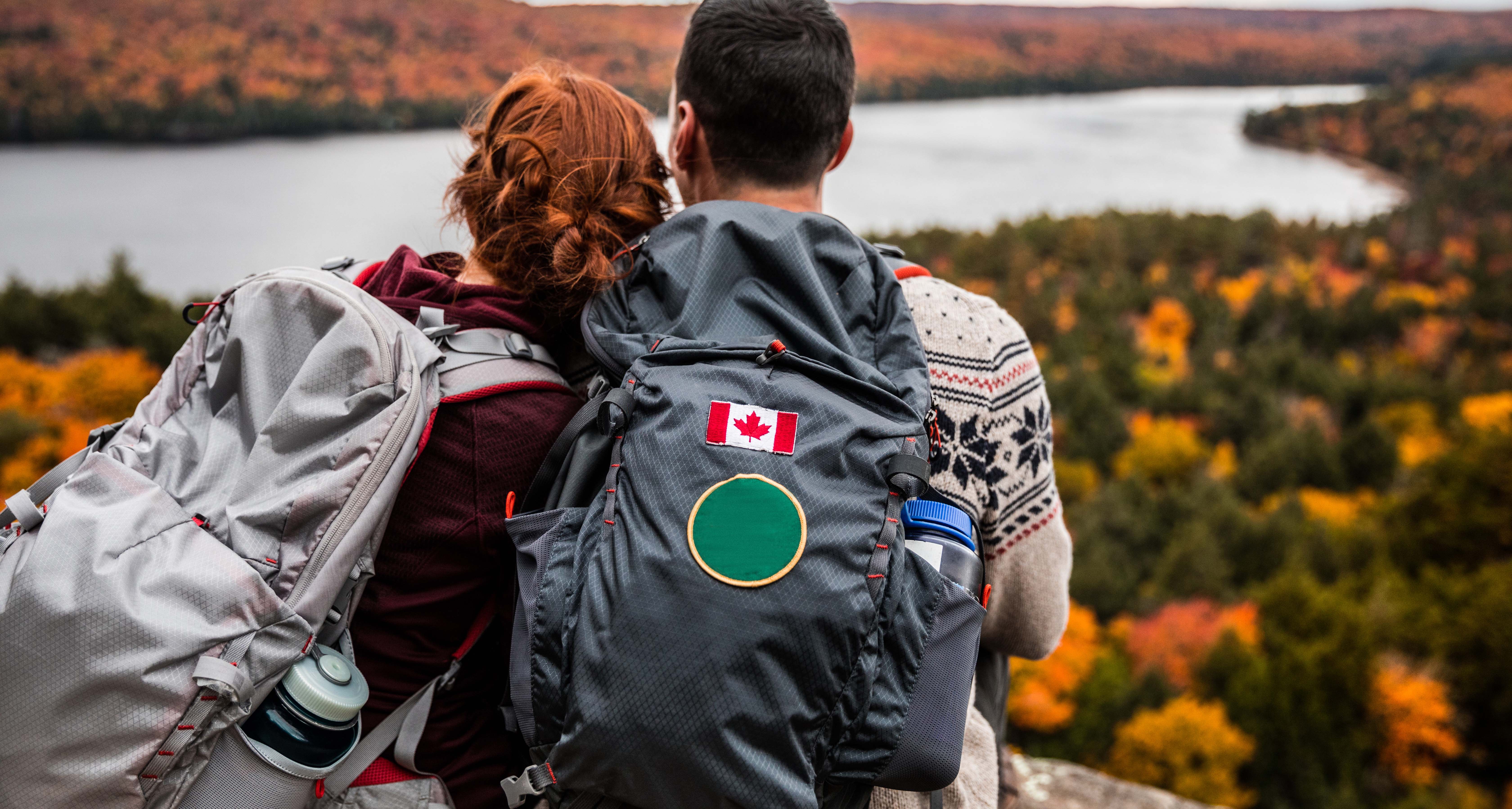 Celebrate Canada Day in the Most Canadian Way

Because we’re proud to be Canadian, eh?
By Brianne Hogan

On July 1, Canada will celebrate its 150th birthday, but other than wearing the requisite white-and-red, how can you mark the big day?

From coast-to-coast, here’s a list of very Canadian things that you can do and see to celebrate Canada Day, or any day for that matter. Bonus Canadiana tip? Play a strictly all-Canadian playlist while on the road (yes, Justin Bieber and Nickelback are allowed).

British Columbia
Don your best walking shoes and go for a hike in Stanley Park, a world-renowned 405-hectare public park that offers visitors a multitude of indoor and outdoor activities, including swimming and biking. Looking for more adventure? Head up to Haida Gwaii and explore Canada’s only ancient rainforests while learning about the Aboriginal culture of the Pacific Northwest.

Alberta
Channel your inner Canadian cowboy, or Mountie, and take a horseback trail ride throughout the spectacular Canadian Rockies. Afterwards, ease your muscles with a soak in the hot springs found in either Banff or Jasper. Prefer the city? Go to the top of the Calgary Tower, or revisit Canadian glory at the Canada Olympic Park.

Saskatchewan
Take a road trip and tour the many large roadside attractions on Highway 11 between Moose Jaw and Saskatoon, including the Sunflower and Lily Balcarres. If you have time, visit the National Grasslands Park near Val Marie, one of the few remaining natural grasslands in North America, and the epitome of what it means to live in the prairies.

Manitoba
Take a trip to the Royal Canadian Mint coin manufacturing facility in Winnipeg and see how coins are made (and mourn the demise of the penny). Later, stroll through Assiniboine Park and see the Winnie-the-Bear statue; afterward, visit the Canadian Museum of Human Rights where you will undoubtedly feel very proud (and grateful) to be Canadian.

Ontario
Camping is a favourite Canadian past time, and there’s no better place to do so than in Algonquin Park. Canoe through the park’s number of beautiful lakes, and don’t forget to wear Canadian-approved flannel for the cool nights. In the Toronto area? Then making a stop at the Hockey Hall of Fame wearing your favourite Canadian hockey jersey is a must. And, of course, visiting Ottawa and touring through the majestic Parliament buildings is probably the most Canadian thing ever.

Quebec
For the ultimate French Canadian experience, bike through the Plains of Abraham in Quebec City, which is the site of the famous battle between the French and English in 1759, or wander through Vieux-Montreal and soak up the historical ambiance. History buffs will also enjoy visiting La Citadelle, an active military installation with over 300 years of history, and the official residence of both the Canadian monarch and the Governor General of Canada.

New Brunswick
Watch the highest tides in the world, not to mention over twelve species of whales, at the Bay of Fundy, Canada’s Natural Wonder of the World. For some magnetic fun, make a stop at Magnetic Hill, north of Moncton. The completely natural phenomenon is an example of a gravity hill, a type of optical illusion created by rising and descending terrain. It’s been puzzling tourists for decades, and for good reason!

Nova Scotia
Trace your family’s roots and discover over 400 years of Canadian immigration history at Pier 21 in Halifax. Later, visit the Citadel of Halifax, a hilltop location that was chosen in 1749 as a fort to protect the city. For a taste of true Acadia, a trip to Yarmouth and the Acadian Shores, the largest Acadian community in Nova Scotia, is a necessity. It’s also home to some of the darkest skies in North America.

Newfoundland
The country’s youngest province is also home to some of our country’s most significant sites. Take a tour of the oldest surviving lighthouse in Canada at Cape Spear, which is also North America’s most easterly point, and visit Signal Hill, a historic fort from the 17th century, that also received the first transatlantic wireless transmission in 1901.