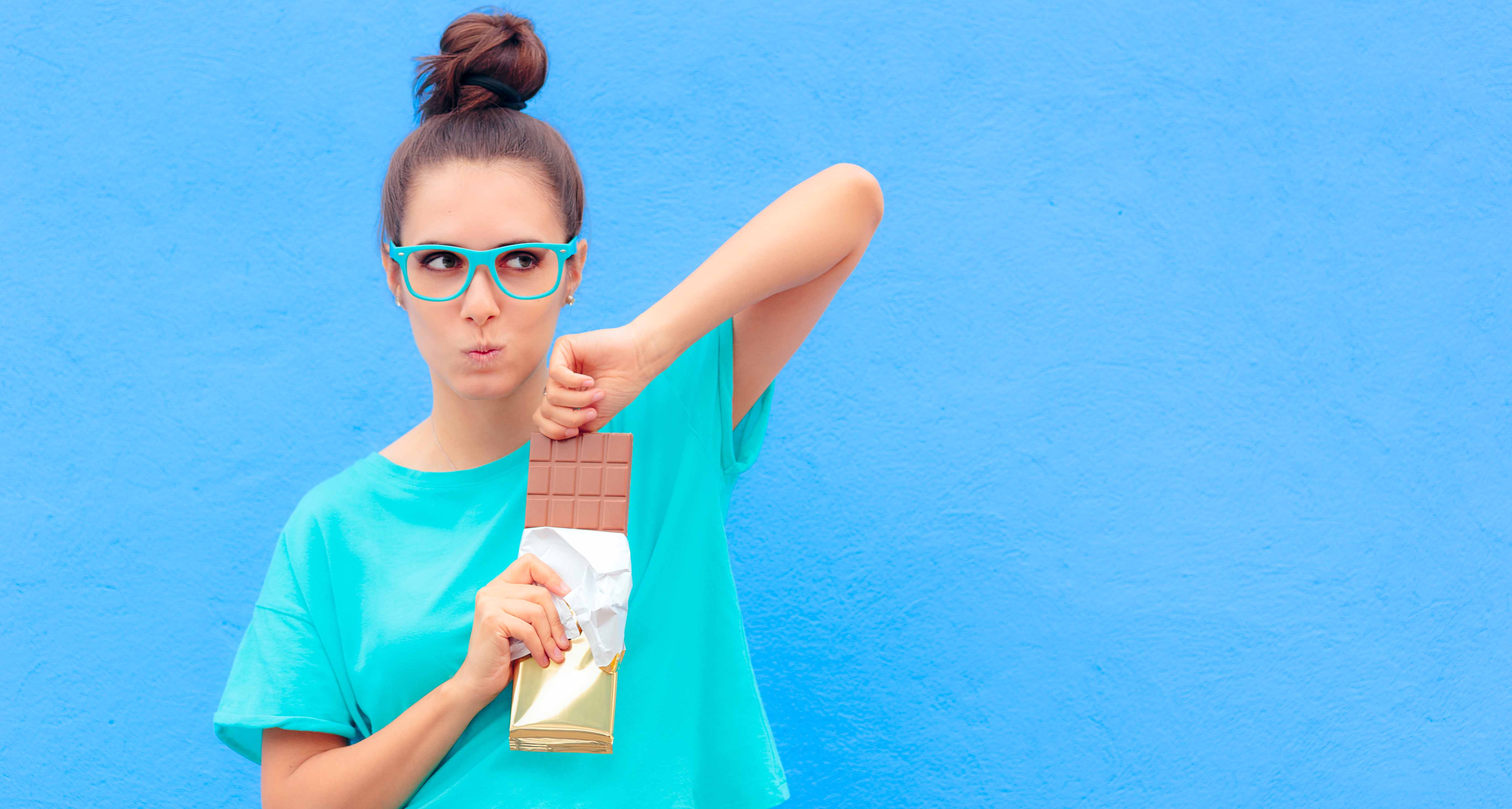 Can Your “Eating Personality” Sabotage Your Goals?

How some eating behaviours disrupt our weight-loss efforts more than others.
Maria Masters

​If you were asked to describe yourself in three words, you might choose personality traits, like kind, hardworking, and conscientious. And those are all good things, of course. But for all the upsides to our so-called good characteristics, there are some downsides, too.

For example, your boss might appreciate how you work through your lunch break, but your waistline probably thinks otherwise. And while you’re too nice to turn down your neighbour’s homemade batch of chocolate chip cookies, you’ll probably feel grumpier after you’ve cleaned off the plate—and are brushing the crumbs off your shirt.

Curious as to how your personality affects your eating habits? We’ve rounded up five eating personalities that can derail our good-eating intentions. Learn the hallmarks of each one, and the strategies that can help you regain control over your eating patterns.

You’re a bit of a grazer: You’ll have a fourth or fifth snack, plus dessert and maybe a glass of wine before bed.

Depending on what you’re eating, grazing isn’t necessarily a bad thing, says Susan Roberts, PhD, a professor of nutrition at Tufts University and the author of The Instinct Diet. But if you’re grabbing a few pretzel rods here and a bowl of cereal there, you could be consuming more calories than you think. In fact, one 2018 study in the journal Appetite found that people who ate what they thought was a snack—in this case, a bowl of pasta served with a plastic fork—consumed more calories later in the day than those who sat down to eat a bowl of pasta that was presented as a meal. (In reality, both dishes contained the same amount of calories.)

At home, keep a (relatively) low-stocked pantry. “Mindless eating is a food availability problem, which many of us have,” says Roberts. If you’re going to keep food in a visible setting, opt for fresh fruit over processed snacks. “When food is available, we eat it because it’s there,” she adds.

Like it or not, most of us aren’t very good at multitasking—and apparently, that goes for even simple tasks, like eating. In one study, British researchers found that people who played Solitaire at lunch ate 100 percent more food 30 minutes later than those who didn’t play a computer game during lunch. The reason: When we’re distracted—by the TV, our phones, or the stream of emails that keep flowing into our inbox—we don’t remember what we’ve eaten, and may not feel as full.

Start by turning off your electronics—or at least, not eating in front of a TV or computer. Then, try to eat more mindfully. According to a 2014 study by researchers at the University of Liverpool, women who paid attention the flavour, smell, and look of their meal consumed about 30 percent fewer calories from snacks later in the day than those who ate lunch while listening to an audiobook.

Another tip: Slow down. A study in The American Journal of Clinical Nutrition suggests that eating food slowly may also help people feel fuller, longer. The scientists speculate that when we take more bites or chews of food, we tend to feel more satiated.

Eating in moderation usually doesn’t work. You tend to eat one scoop of ice cream, and then another, and another…

Going on a binge is one component of addictive eating, says Susan Peirce Thompson, PhD, an adjunct associate professor of brain and cognitive sciences at the University of Rochester and the author of Bright Line Eating. “When it comes to how susceptible you are to food,” she says, “people’s brains fall on a continuum from addictable to non-addictable. And the people who fall [in the mid-to-high range] are experiencing addiction in the mix enough so that it will derail their diet if they’re not aware of it.”

For some people, abstinence is easier than moderation, says Peirce Thompson. “You’re better off not eating, say, pizza at the Friday night party, rather than thinking that you’re just going to have one piece,” says Pierce Thompson. “A moderate eater can indulge a little, but an addictive eater will keep eating the pizza and then go for ice cream.”

At home, keep any known trigger foods out of your fridge. And, says Roberts, if you tend to crave sweets while watching TV, map out other ways to spend your evening. “This way, you’re not sitting on the couch craving ice cream,” says Roberts. Besides, she says, if you’re trying to fend off a craving, you might spot leftover banana bread in your fridge and decide it’s an acceptable substitute. And let’s face it—banana bread is no mint chocolate-chip ice cream.

Your work presentation didn’t go well, and only a box of chocolate creams will make you feel better.

As with most things in life, this is your parents’ fault. (Kidding.) But in all seriousness, this habit probably has roots in your childhood. As Roberts puts it, humans learn by association, and over the years, we’ve figured out that chocolate and candy are “treats”—i.e., delicious foods that are brought out on special occasions to make us feel good. The problem: As adults, we go looking for comfort in the same foods that have made us happy in the past—and the more times we stress-eat a box of cookies, the more hardwired that connection becomes.

“If we inadvertently eat chocolate when we’re stressed, we end up with a neurological connection that routes ‘a perception of stress’ into ‘a desire to put chocolate in our mouth,’” says Roberts. “Initially, these connections happen by accident, but because food does make us feel good, they become cemented in our brain. So eating chocolate might not stop the stress, but it is enjoyable.”

Rewiring your brain isn’t an easy (or quick) fix, says Roberts, but to break the connection, you’ll need to link stressful situations with other, healthier habits, like exercising or even brushing your teeth. It may be hard at first, but keep at it: Roberts suspects that it takes dozens of times before the behaviour becomes automatic.

You’re at your hungriest during the days leading up to your period, but your cravings tend to subside once your cycle restarts.

Women tend to eat more food during the latter phase of their menstrual cycles, after ovulation. Research published in a 2015 issue of the European Journal of Nutrition found that, during this time period, women experience an increase in appetite and food cravings, and tend to eat more protein, as well. This boost in hunger could be due to a surge in progesterone and estrogen, two hormones that, when they interact with each other, may spur emotional eating. Another reason: “Women’s metabolic rates increase before they get their period,” says Roberts. “They actually need more food.”

Don’t fight the hunger. If you do, you’ll be more likely to binge on a pint of ice cream later on. Instead, if you’re feeling hungrier during this time of the month, Roberts suggests working more servings of healthy, snackable foods like bite-size carrots or fruit slices into your diet. “If you’re not so hungry, it’ll be easier to manage your cravings,” she says.