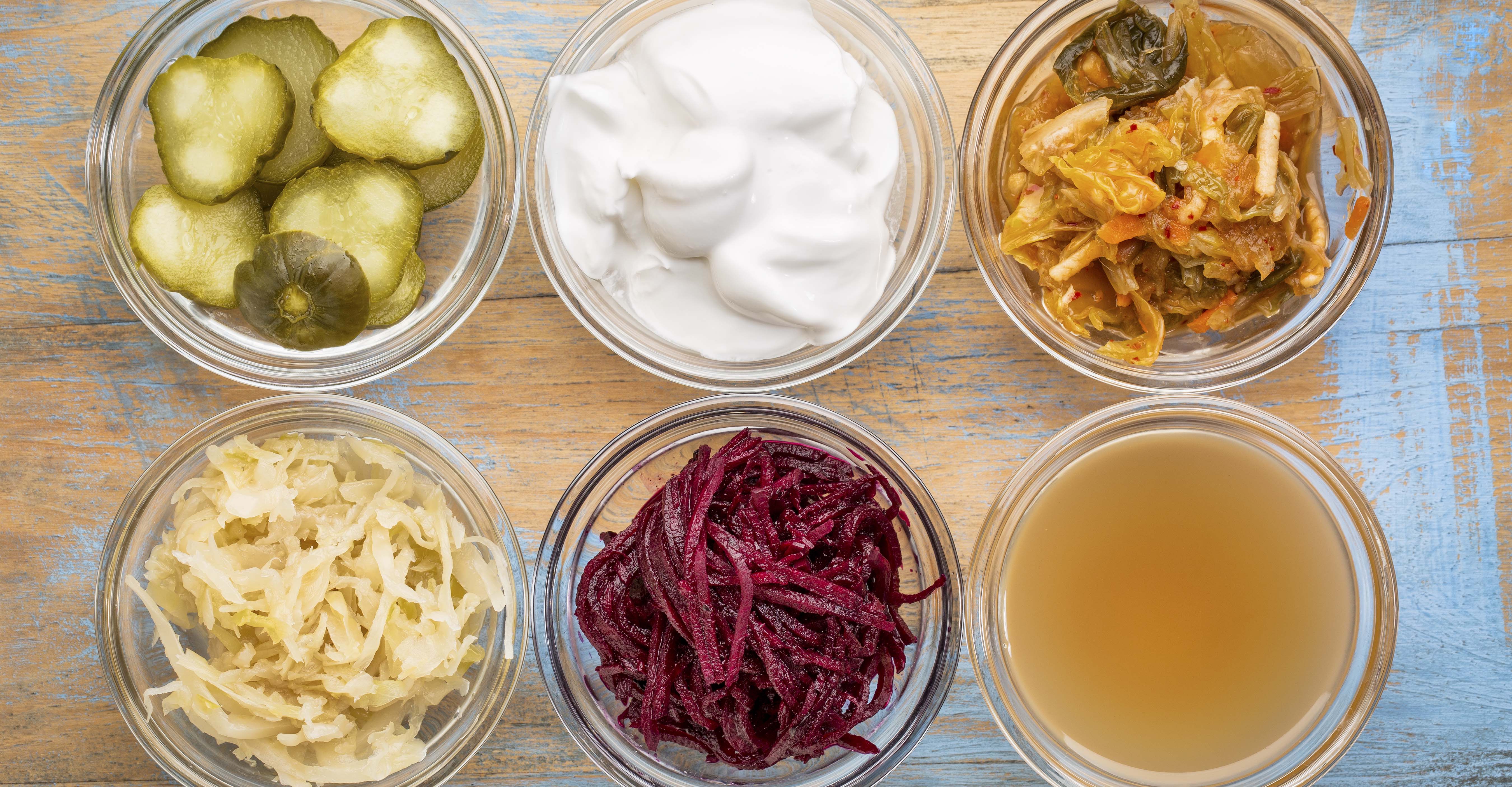 We share seven common fermented foods you may find in your kitchen today!
Ashley Linkletter

What are fermented foods?

Although fermented foods are just now being touted in North America for their health and dietary benefits, they have have existed for thousands of years. Historically, fermenting food was a technique often used out of necessity as it allowed people to store food for much longer periods of time at room temperature. Fermentation in food specifically involves a process called lactic acid fermentation wherein a bacteria called lactobacillus is used in conjunction with yeast to both preserve the food and increase its inherent nutritional value.

What are the health benefits of fermented foods?

The process of fermentation breaks down enzymes in food and creates large amounts of probiotics that are good for improving and balancing gut health. The benefits of a healthy gut include better digestion, improved immune functions, and more efficient nutrient absorption.

Plain cultured yogurt has a tangy flavour and a smooth creamy texture, making it a perfect base for granola and fruit parfaits. Swap out sour cream or mayonnaise entirely with cultured yogurt or use a half and half ratio to maintain a rich flavour, while still getting the benefits of the yogurt’s probiotics. Plain cultured yogurt keeps in the fridge from 4 to 6 weeks.

Kimchi is a Korean condiment made of fermented vegetables, typically a combination of cabbage, radishes, chilis, garlic, and ginger. Praised for its health benefits, kimchi is an incredibly versatile condiment that is commonly added to traditional Korean dishes. Try using kimchi as a flavour-packed topping for pulled meat sandwiches, tacos and grain bowls.

Although kombucha has been an important part of Chinese medicine for thousands of years, its only relatively recently that Kombucha has found a place as a fermented staple in Canada. Kombucha is made by adding yeast and bacteria to tea that’s been lightly sweetened, allowing nutrient-rich probiotics to form. Known for its long list of health benefits, kombucha can now easily be found in grocery stores and convenience stores in a variety of flavours.

Kefir has been a dietary staple in many Slavic countries for thousands of years but is a relative newcomer to Canadian grocery stores. Kefir tastes similar to cultured yogurt but has a thinner texture, both plain and fruit-flavoured kefir is common. Its intense tanginess can be overwhelming for some, so try adding kefir to smoothies or use as a base for homemade popsicles to reap all kefir’s probiotic rewards.

Sauerkraut is a fermented cabbage condiment with origins in Eastern Europe and can most commonly be found on Canadian menus accompanying sausages or other meats. Sauerkraut has a distinctive sour taste, making it a great foil for rich flavours. Try adding it to a grilled cheese sandwich or as a burger topping at your next cookout (bonus points if you add a fermented pickle, too!).

All cheese is made of milk that has been cultured over a period of time, making it a fermented food by its very nature. Enjoy in small portions and try experimenting with goat and sheep’s milk cheeses which are even easier for your body to digest. Combine with other fermented foods in a sandwich or salad and feel good about including more probiotic-rich foods in your diet.