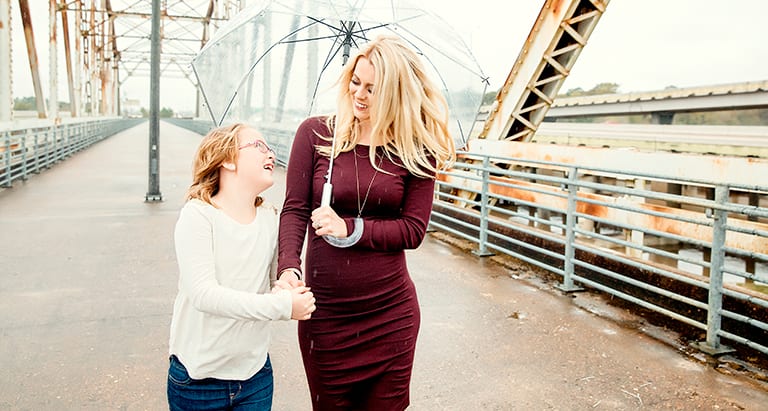 Get to Know Jenni

You've seen her inspiring story on "Connecting with Oprah." Now, get to know Jenni, who overcame adversity and found success on plan!

When Jenni realized that her unhappiness was affecting her family, she took control of her choices and started smiling again.

What made you want to join Weight Watchers?
During my second pregnancy, I was diagnosed with gestational diabetes, while also gaining 40 pounds. It was hard to focus on my eating habits after giving birth because my older daughter was undergoing extensive chemotherapy and radiation treatments for nephroblastoma. I also suffered from postpartum depression. I was depressed, unhappy, and I felt like I was starting to isolate myself from those I loved. When my son was 6 months old and my daughter was 6 months out of treatment, I decided to join Weight Watchers OnlinePlus.

What made you want to become an online subscriber?
I have two children and I work full-time. It was hard to find time to go to meetings. But I didn’t make excuses. I knew my children deserved a healthier mother in all aspects, so I made the leap and signed up as an online subscriber. The program was super easy, and thanks to Connect, I didn’t miss out on any of the support.

How did the members on Connect motivate you?
The first two weeks on the program, I had big weight losses and I was so motivated. But then it got harder. I went on Connect and found so much support from people at different stages of their journey. Having a place to share my triumphs as well as slip-ups kept me accountable. When I’d see a member’s “Before and After” photo, I‘d think, “If they can do it, I can too!”

Has your weight loss affected your family?
My husband has always been my biggest supporter and best friend. But before I joined Weight Watchers, I felt like I was creating a distance in my marriage due to my own unhappiness. I recognized that, and I made a change. Weight Watchers has given me my life back and, in return, my marriage is stronger than ever.