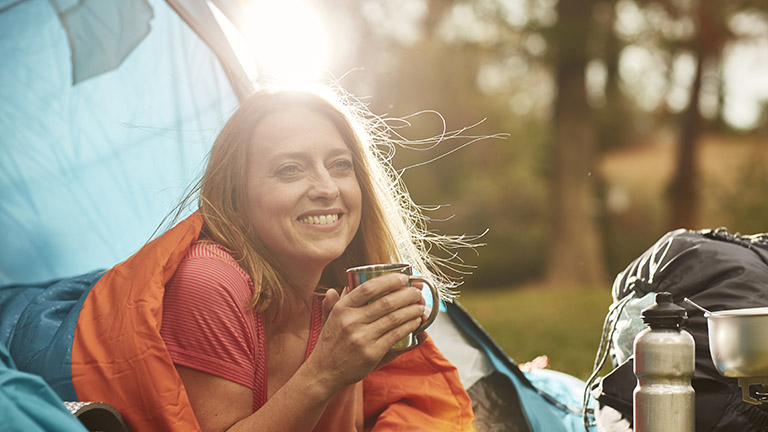 How strong is the correlation between weight and happiness?

“The happier I feel, the more likely I am to make healthier choices.”

Elisha is feeling happier and healthier since joining WW – and she’s not the only one. So is there a link between health, happiness and weight loss?

The science says that when we’re happier, we tend to make healthier decisions, including those that lead to weight loss such as eating well, moving more and getting enough sleep.1

Can stress cause weight gain?

But what about when we're not so happy - or when we feel stressed?

When we’re stressed out, our bodies release hormones that trigger a ‘fight or flight’ response. Often this response is appropriate or even beneficial – for example, it can help push us through intense or nerve-wracking situations such as public speaking.

When stress is short-lived, we generally return to a resting state, with no lasting or negative effects on our health. However, exposure to chronic or excessive stress can adversely affect our health.3

Have you ever noticed that when you’re stressed, you crave unhealthy foods? According to a 2013 study, stress can promote cravings for nutrient-dense “comfort foods” high in fat and sugar, which is thought to activate brain reward systems and reduce stress responses.4

This can lead to a blood sugar spike, then the inevitable blood sugar ‘crash’ which causes us to seek more sugary foods – and so on. This may affect not only your mood, which is closely tied to blood sugar levels, but also your weight.

The stress hormone cortisol plays an important role in determining where fat is stored.5 According to this study, elevated cortisol levels are associated with abdominal obesity.6

Of a 2017 study at UCL that studied hair cortisol concentration in relation to obesity, Dr Sarah Jackson said: “The results provide consistent evidence that chronic stress is associated with higher levels of obesity.

“People who had higher hair cortisol levels also tended to have larger waist measurements, which is important because carrying excess fat around the abdomen is a risk factor for heart disease, diabetes, and premature death.”7

Interestingly, a 2009 study analysing psychosocial stress and weight change among US adults found that “normal-weight” women with major depression had over twice the cortisol level and intra-abdominal fat as those without depression.8

This suggests that it may be easier to lose weight when you’re not exhibiting symptoms of stress and depression – all the more reason to make happiness a priority!

READ: 9 science-backed ways to be happier

Stress can impact ability to follow a weight loss programme

A study published in the International Journal of Obesity also found that, when combined with poor sleep, people with high stress levels were about half as likely to succeed at weight loss than their less stressed counterparts who got between six and eight hours of sleep.9

Researchers recruited 472 obese adults to a 6-month intensive weight loss programme. Participants who reported both the highest stress scores and less than six hours sleep were half as likely to succeed – whereas people who reported sleeping between six and eight hours daily were more likely to lose at least 4.5kg than those who slept six hours or less, or interestingly, eight hours or more.

READ: Can sleeping too much make you put on weight?

It may seem like happiness should be the reward for hard work, like weight loss or regular exercise. But if you focus on identifying, nourishing and expressing your happiness right now, the science says you’re more likely to succeed in your weight loss goals.

1. Study by the American Psychological Association

2. Study by the American Psychological Association

Why we need to laugh more

5 things you didn’t know about stress