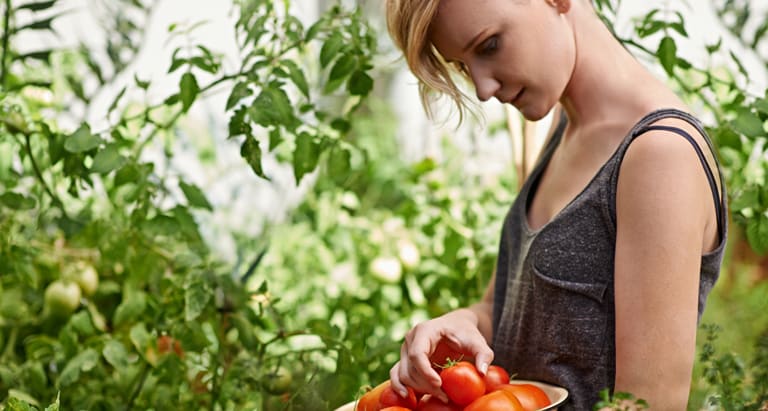 How we can cook – and eat – better.
Sarah Munn

Being more conscious in everything we do is top of mind, these days. So how can we apply it to the way we eat?

Largely that becomes an individual thing – and there are endless arguments about the best way to be mindful and conscious about the food you eat. Some say the best way to practice conscious eating is to adhere to a vegan diet, while others would say vegetarian or paleo. Ultimately it’s up to you how you want to cook and eat more consciously, and we’ve rounded up some expert tips to get you started.

Think about your food

In 2015, renowned author Michael Pollan discussed how cooking can make you a more conscious eater with Oprah Winfrey in an episode of SuperSoul Sunday.

“When you cook, you’re forced to remember that you’re working with plants and animals and mushrooms – that this is stuff of nature. You’re putting your hands on it,” Pollan tells Winfrey. “When you handle a cut of meat, a pork shoulder or something – which I love – you realize this is the muscle of an animal and it has a purpose apart from feeding me. And you realize, ‘I don’t want to waste this, something gave up its life for me.’”

In a nutshell, what Pollan is saying is don’t just eat mindlessly all the time – think about where your food comes from and the processes that are required to get it into your supermarket, home to your fridge, and onto your plate. We can’t be conscious about anything if we’re not aware and educated about it.

What the hell is a locavore, you ask? Well, the term was coined by Jessica Prentice, co-creator of the Local Foods Wheel, which shows local foods within a 100-mile radius of a certain location. Prentice came up with the idea together with Dede Sampson and Sage Van Wing in the San Francisco Bay Area in 2005. They challenged Bay Area residents to only eat locally grown or harvested foods for a whole month, and it became a movement. Find out more here.

If you’re interested in eating more locally grown foods, check out this chart to find out what’s in season.

And of course, what’s more local than growing your own? Check this out if you want to start a vegetable patch in your backyard or even a mini garden on your balcony. And our article here with guidance on how to start the process.

Every year, about one-third of all the food produced in the world for human consumption gets lost or wasted, according to the Food and Agriculture Organization of the United Nations. That’s about 1.3 billion tonnes of unused food. And according to the David Suzuki Foundation, one in four produce items gets thrown in the garbage in the average Canadian household. The foundation’s Queen of Green blog offers these tips for each of us to waste less:

Check out this PDF for more helpful tips and advice on how to reorganize your refrigerator so food lasts its longest.

Dr. Susan Albers, the bestselling author and clinical psychologist behind eatingmindfully.com, shares some tips to do just that on her site.