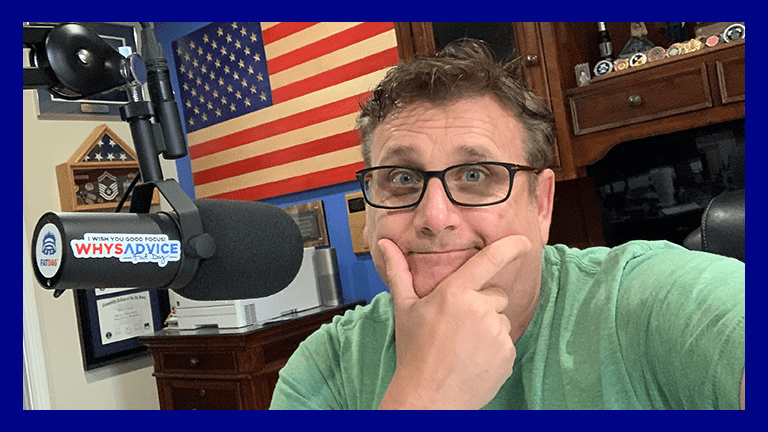 Known as “@FatDag” on Connect and Instagram, this WW Coach’s journey is a true inspiration.
Mike D., 46, joined WW in March 2016.

I never thought my weight would affect my military career, but in 1997, when my Maine-based Air National Guard reserves squadron was transferred to New Hampshire, I was barred from going with them because I was 15 pounds overweight. It was only after joining WW that I lost enough weight to join them.

In 2001, though, after I transferred to an Air Force desk job when my wife was pregnant with our first child, my weight crept up on me again: As a military recruiter, I spent loads of time in my car and ate lots of meals at the drive-thru.

Because the Air Force requires regular weigh-ins regardless of whether you’re fighting on the front lines, I’d crash diet and try to burn as many calories as possible leading up to my annual fitness tests. But in 2015, I failed my first one and risked losing my job. My dad was in the military, and I had always wanted to serve. Plus, I loved my job. I knew I needed to get my weight under control once and for all.

As a former WW member, I decided to go back to the program I trusted. After I signed up at a WW Studio, I logged into Connect, WW’s members-only social network, using the handle @FatDag, a nod to a cruel nickname linked to my last name, Daggett.

The community rallied around me with support. One member said, “We’re your wingmen,” and I took it to heart.

When I walked into my first WW Workshop, the WW Coach asked me if I was going to stay afterward for an intro to the program. At first, I declined; Having joined WW back in the late 90s, I figured I was a pro. However, my Coach wasn’t having it. “What’s going to be different this time?” she asked.

So I told her about my job pressures—the reason why I’d rejoined. “Just show up to your Workshop every week for a year, and don’t worry about losing weight,” she advised. I committed on the spot.

My next move was to cut back on soda; after all, I’d been drinking upwards of 12 cans a day. While switching to water felt like a big win, I didn’t stop there. I also reexamined my breakfasts, which had been non-existent besides the chips or candy I’d eat as a mid-morning snack. Adding eggs to my mornings, I realized, left me less likely to snack.

What Mike ate then vs. now

A new goal: giving back

Thanks to WW, I was able to keep my job with the Air Force. While I felt super relieved, I couldn’t stop thinking about other military members who stressed about their fitness tests—people who are trained to get the job done rather than ask for help. I hated to think of them worrying about losing their jobs after they’d sacrificed much for our country.

In an effort to give back (and stay accountable!), I became a WW Coach part-time while I worked as a recruiter full-time. Beyond leading Workshops, I connected with members across the country: Once, I took on a 5K race with a group of WW members including one woman whom I’d offered to run with. As we approached the finish line, she slowed down to a walk. “I’ve never finished anything in my life,” she told me by way of explanation before launching into a laundry list of her failures. Like the Coach who inspired me to commit to WW, I wasn’t about to let her off the hook! “You’re going to finish this today,” I told her. We ran across the finish line together. It’s moments where I can help other members believe in themselves that makes my job worth it.

Through sharing my weight loss journey on Connect and on my podcast, WhysAdvice, which I launched in March 2017, I’ve heard from so many others in the military who have struggled with their weight. It’s why in August 2018, I founded Operation FatDag, a nonprofit that helps to bring wellness to military members. To fully commit to the cause, I retired from the military in September to lead Operation FatDag full-time.

Although I had been a WW Coach for three years, I’ve never been great at meal prepping or planning ahead before eating out. While I’m always trying to incorporate more ZeroPoint™ foods like fruits and veggies into my meals, the program gives me the freedom to choose the foods I like that fit into my PersonalPoints Budget.

I thought that losing weight would automatically bring me happiness; I remember getting closer to my goal and declining invitations to social events because I wanted to avoid the temptations that could interfere with me reaching a certain number. I was boxing myself out from people who loved me. And then I thought, it’s time to start embracing happiness right now. When I stopped focusing on the number, I realized how full my life had become.