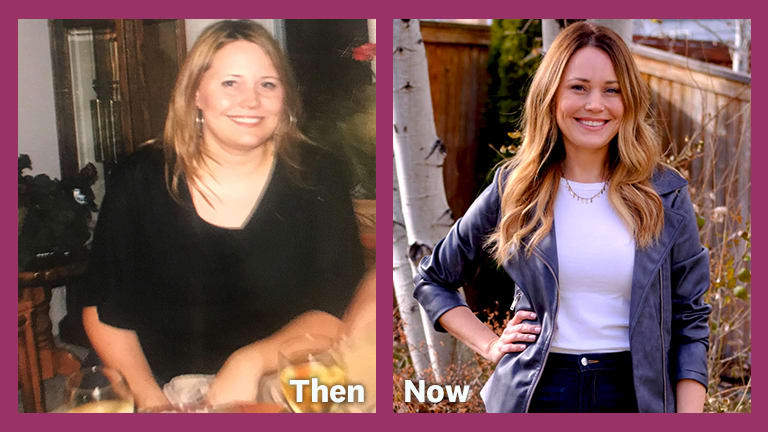 *People following the WW program can expect to lose 1-2 pounds/week. Misty lost weight on a prior program and is continuing on myWW™.


As told to Katerina Gkionis

I remember sitting in my elementary school cafeteria and realizing I was different: While I typically finished every morsel of my lunch—and I was always thinking about my next meal—my friends stopped eating when they were full.

Weight had long been a huge issue for both me and my family: My parents weren’t just dieters—they often talked about their weight, which made me feel self-conscious about mine from a young age. Slightly overweight, I joined WW many times over the years. Whenever I’d reach my goal, though, I’d kid myself into thinking that I could maintain my weight loss on my own. And then I ended up regaining it.

In the summer of 2011, a few months after I had my second child, I considered joining WW again for the fifth or sixth time. My sister had joined around the same time, and so we decided to start going to WW Workshops together.


RELATED: Join, invite a friend, and get a free month of WW

Excited to join, I slowly started experimenting with healthy habits, like tracking and measuring my portions. Except that I wasn’t consistent. I’d follow the program for a few months and then a vacation would derail me. Or I’d stick to my healthy eating habits during the week, but go off track during the weekend. While I felt like I had one foot in the program, and one foot out, I couldn’t let myself quit again and continued going to Workshops on and off with my sister over the next four years.

What Misty ate then vs. now

By late summer 2015, I’d lost 20 pounds* but continued to hover around that number for months. Weight loss had become harder, I realized, due to my alcohol intake. If I were at a party or a wedding, I’d use a glass of wine or a cocktail to cope with social situations and end up eating more than my Budget allowed throughout the event. Or, if I were at home watching TV with my husband, I’d have a glass of wine or two to unwind, which would lead to late-night snacking.

While I knew the behaviors I’d developed were only holding me back, I didn’t make a change until I discovered Connect, WW’s members-only social network. It couldn’t have come at a better time: The stories, tips, and photos I saw in my feed inspired me. When I scrolled through, I said to myself, “That’s what I want to look like! That’s how I want to feel!” So that fall, I decided to cut out alcohol completely for two months.

During that period, I retrained my brain to unwind in new ways: Instead of drinking, I’d lay in bed and read a book or take a bubble bath. In social settings, I learned to listen to my body and set boundaries. If I felt uncomfortable, I’d politely end my conversation.

Resetting my relationship with alcohol during those two months of sobriety gave me the confidence I needed to believe in myself. I envisioned myself losing those last 15 pounds.

Above all, like I had done with alcohol over the past two months, I started to focus on my portions and tracking once again. I listened to my hunger signals and gauged whether I was full instead of finishing every bite like I used to do in grade school. By August 2017, I reached my goal!​

Over the past two years, I’ve maintained my 35-pound* weight loss. While it’s a challenge to stay motivated without a greater goal in sight, I’ve made up little milestones for myself. For instance, while I used to walk my kids around the block in a wagon or stroller four days a week, I’ve amped it up to daily. I’ll even use my activity tracker, do fitness challenges, and practice 30- to 60-second planks a few times a week.

While I appreciate a solid routine, I realize that change can be great, too. So after eight years on the program, when myWW came around, I switched things up by choosing Green. Its ZeroPoint™ foods list, which includes non-starchy veggies and fruit, encourages me to eat more produce. I’ve also started tracking more often and paying more attention to portions. The change of pace has been fun!

Now that I’m the parent of a 12-year-old son and an 8-year-old daughter, who are both picky eaters, I’m doing my best to share the healthy eating habits I’ve learned on WW. I never want my children to feel the way I did as a child, when my weight was top of mind. From time to time, when I’ve brought them to my WW Workshops, I reinforce that the number on the scale is only one way to gauge your health and wellness.​ 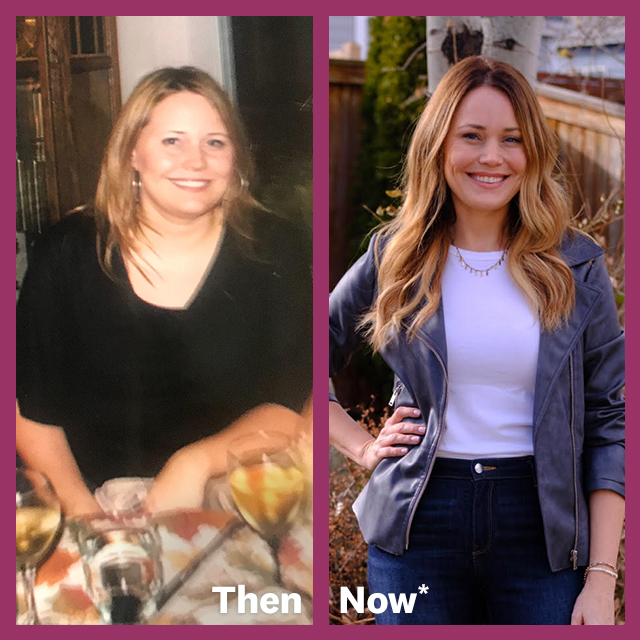 I know I need to set a good example if I want each of my kids to grow up with a healthy body image. Rather than focus on their appearances, I stress to them how important it is to live a balanced life; to be a good person; and to do well in school. I’m raising a healthy family, and that is my greatest victory.