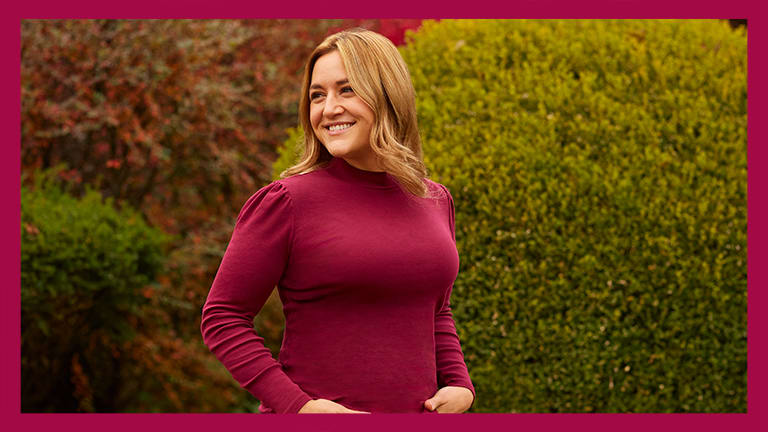 “I lost 154 pounds* for health reasons—and loved myself every step of the way!”

*People following the WW program can expect to lose 1-2 pounds/week. Erica, WW ambassador, lost weight on a prior program and is continuing on myWW™.

My “why” for signing up: My doctor had been telling me for several years that my blood-sugar levels were in the prediabetes zone. Following my annual checkup in December 2017, I learned that high cholesterol was a new concern on the list. My life was full of happiness, and overall I felt good about myself. At the same time, I had to get real about my health.

Admittedly, my eating habits weren’t always ideal. I thought about food constantly and often ate until I felt stuffed. Maybe it was my doctor in my ear; maybe it was hearing about other people’s New Year’s resolutions, but the idea of making a change started to take root. I joined the WW program the following month, in January 2018 as an Unlimited Workshops and Digital member. 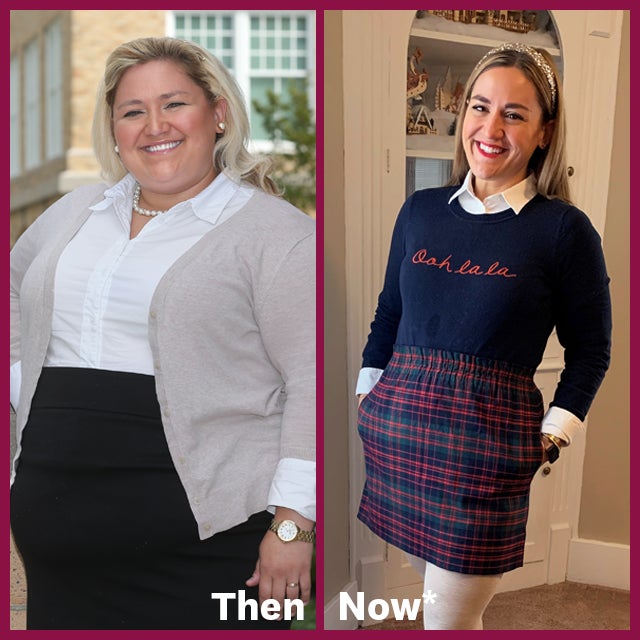 My biggest challenge going in: Building my self-esteem was something I had worked hard to do as a young adult. Once I got to college, I let go of the person I had been in high school—the person who was bullied because of her size, the person who felt ashamed for the space she took up. I surrounded myself with people who saw my value, and in turn I became more confident. After I graduated, I began a career in the event-planning industry and met the person I would marry. Life was good! I didn’t want a weight-loss program to undermine all that work I had done. Maintaining my confidence was important to me.

How WW set me up for success: Right away I liked that WW gives you support without judgment. As I started tracking my SmartPoints® in the WW app, for example, I learned that the fast-food “snacks” I was getting after work were actually the size of meals. The app didn’t make me feel bad about it; instead, it gave me tools and ideas for things to try instead.

This actually made it fun to kick right into the program; WW was shiny and new to me. I was trying new foods, saving new recipes, making a grocery list. It’s like starting a craft hobby: The really fun part is going to the art store, buying the supplies, and getting excited! Then, of course, you have to learn how to do the project and commit. Ha ha. In this sense, reaching my 25-pound* milestone a few months in was major—it meant I could actually set a goal and work toward it in steps. This inspired me to keep going.

What Erica ate then vs. now

How I found my fitness groove: Exercise definitely was not my thing when I joined WW. In fact, I started my journey vowing to cruise through without ever stepping on a treadmill. But about six months in, I had lost about 50 pounds* when a co-worker gifted me a session with a personal trainer. And you know what? It wasn’t half bad! So I started experimenting to see what other activities I might like. Lifting weights was great because it made me feel strong. Zumba, not so much—I wasn’t coordinated enough for those moves. So I started hiking and walking, then adding in short bursts of running. I kept doing that until I was running a full mile a few weeks later! I liked the feeling of trying a little more each week, just to see if I could.

Why “motivation” isn’t my thing: When I post about my journey on Instagram, people sometimes message me and ask how I stay motivated. And I’ve realized that for me, it’s not really about motivation at all; it's about embodying a deeper commitment to my lifestyle. This feels more tangible to me than the passing mood of feeling motivated. Sure, sometimes I have a chaotic little voice inside that wants to stir up trouble—a tiny voice that says, “Your run is going to be hard, don’t do it.” I acknowledge the voice but remember the commitment I’ve made to a healthier life, whether that involves going for a run, bypassing the drive-through, or having a piece of fruit instead of candy.

How reaching my goal changed my life: The biggest lesson I can share from my journey of losing 154 pounds* and getting my cholesterol and blood sugar numbers back to a healthy place is that it’s possible to work toward a healthier life while still loving the person you are. Trust me, my confidence hasn’t gone anywhere! And neither has my love of good food: Every morning, I think about something I’m excited to enjoy that day. Maybe it’s a shiny apple in my crisper, or the glass of wine I’ll have when I’m out with my girlfriends, or a warm slice of bread from the basket at my favorite restaurant. It’s all about enjoying your amazing, beautiful life.

Submit your own success story

• 3 walking plans to help you reach *any* fitness goal

• Why weight training is SO good for you