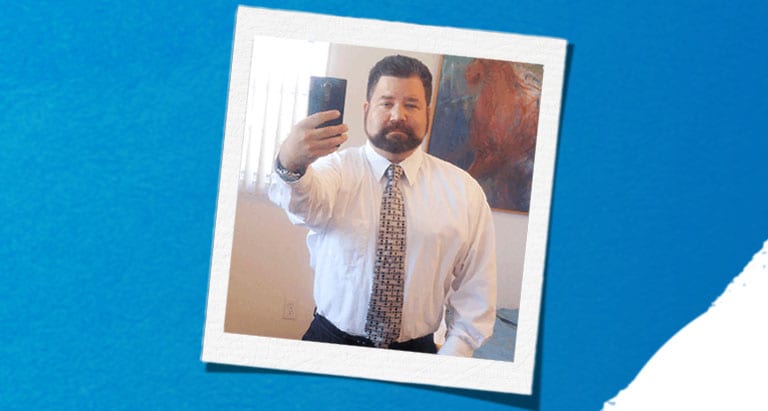 The Clothes Make the Man. The MAN Makes the Man Wear The Clothes.

I own a lot of cool ties. In the past two years, I’ve worn three of them. Total.

I had a job a bunch of years ago that required me to wear a shirt and tie every day. It was “just” a publishing house, but it was family-owned and the current scion felt that if we were located on Park Avenue (we were), we should dress like it. His words, not mine.

So I wore a shirt and tie every day. Prior to this, I’d held jobs that were more “office-casual,” so most of my first few paychecks from the Park Ave. job were spent on upgrading my wardrobe. Of course I left that job after about a year, so now I have a whole bunch of great shirts and ties that I pretty much never wear.

I mention this because now that I have an office-casual day job again, I can tell you a little about my nine-month job hunt. Including two days I had to wear a shirt and tie in the summer. In the Valley.

Now, to be fair, I’ve actually gotten job offers because of my shirts and ties. Or, rather, at least one job offer – I was told afterward — was greatly influenced by the fact that I wore a suit to the interview. To me, at least in New York City, this was a no-brainer. Of course you wear a suit to an interview. I could be interviewing to hold a sign on the corner advertising mattresses for $7.82 off and I’d still wear a suit to the interview. My current job, I wore a suit and my interviewer wore a Dallas Cowboys T-shirt. No matter.

Admittedly, I’d also never interviewed in The Valley before. Oh, ugh. That’s all I have to say. Or, rather, all I need to say; I actually have a little more to say. Why I decided this job isn’t for me. For starters, it was an hour drive to and from the office, in pretty heavy traffic. I think I dropped about a quarter tank of gas getting to and from on a single day. Well, some of it I drank.

Turns out Weight Watchers doesn’t have a SmartPoints® measure for 89 octane.

Second, I’m not lying (or joking) when I tell you that my car’s outside thermometer was reading 108°F at one point. That’s insane. Or, to put it in perspective, as I drove down the 405 freeway, heading back toward my area, the gauge dropped from 107°F to 89°F. In a matter of about 3 miles. So maybe a job that requires a jacket and tie in that temperature isn’t really for me.

And, lest you think it’s all about my personal convenience or comfort, I can also tell you that I totally hated the work. I was taken out by one of the managers to give me an idea of what I’d be doing. I was going to be trying to get people to sign up for free phones by standing inside a discount store and trying to get their attention as they entered. I’m sure there are people who excel at that, who take it as a stepping-stone to a managerial position. I am not one of those people. Advertising and PR, yes; sales, no.

So, to recap: an hour-long drive to and from the office in heavy traffic in order to hang out in 100-plus-degree weather wearing a shirt and tie, trying to convince people to set aside their shopping agendas in order to sign up for a free cell phone. Also, working on commission and doing this for 6 or 7 months before potentially entering the managerial program, so I can show other people how to do it.

Again, great option for some people, just not for me.

That said, don’t I look excellent in that shirt and tie? Thank you, Weight Watchers.

Talk to you soon.