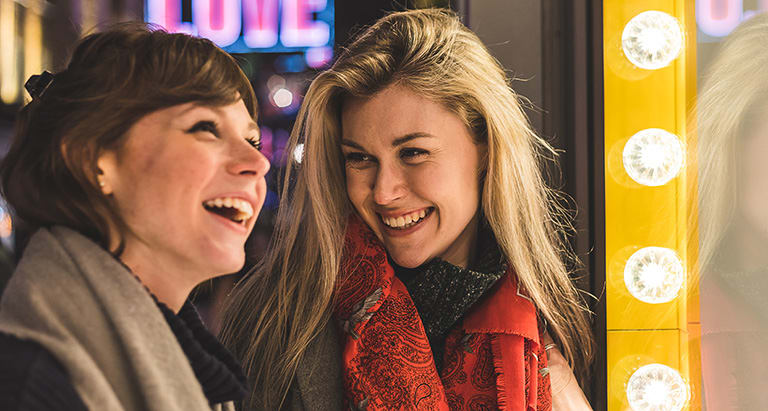 Keep your energy up during Black Friday—and Cyber Monday—with these simple strategies.
By Melanie Mannarino

Move over, turkey and trimmings. Thanksgiving weekend has a new tradition, and it’s got less to do with eating till you’re as stuffed as the bird, and more to do with subjecting yourself to sleep deprivation—and worse—in the quest for the best deals on holiday gifts. A marathon shopping trip at some insane hour not only disrupts your sleep pattern, it can also throw your hunger levels off balance. But whether you gear up with credit cards and head out at 11 p.m. for those Thursday-night doorbusters or wake before dawn on Friday to try your luck at the flash sales, these healthy tips will keep you properly energized for the big spree.


In the same way that you and your partners in purchasing have already mapped out a store-by-store shopping schedule, you’ll need to map out your meals in advance, too. What time will you stop for a bite, where will it be, and what will you eat? If you don’t decide on healthy choices now, says Teri Doughty, a Port Orchard, WA–based health and wellness coach, you’re unlikely to do so later. “By the time you’ve made a bunch of decisions about which tote to carry, where to park, and what gifts to buy, your ability to make good choices about your next meal will run low,” she says. “That puts your healthy life plans at risk.” After hours of deciding between the red or blue beanbag chairs, decision fatigue will set in—right around the time your stomach starts growling. With a plan in place, you won’t succumb to the first buttered-pretzel shack you see.

MUST READ: What to eat at the food court


After the bustle of the holiday meal—and handling any emotional baggage that comes with spending hours with family—it’s important to reconnect with yourself. “Grab a moment of normalcy before you leave the house,” Doughty says. Even if your alarm’s set for the middle of the night, proceed with your basic morning routine. “Drink your coffee and meditate, read the Bible and say your prayers, make a list and look at the calendar—whatever you normally do,” she says. “It centers you, so you think, ‘I am doing my thing, I know who I am, I remember my intentions and what is important to me.’” Armed with that commitment, you can face the piped-in cinnamon scents at the mall, no problem.

Eat before you go


Yes, you had a big meal on Thursday. But fasting to make up for it will backfire, says Jessica DeCostole, RD, a clinical dietitian at MedStar Good Samaritan Hospital in Baltimore. “The best thing to do is eat a light meal before you head out,” she advises. “So if Thanksgiving dinner was at 5 p.m. and you’re running out to midnight sales, have a mini-meal before you leave.” For lasting fuel, she suggests a protein-carb combo: Try two slices of leftover turkey, some green beans, and half a baked potato.

Keep your eyes on the prize


You’re battling crowds of like-minded shoppers for an HDTV, a gaming system, or a stand mixer. That’s what makes this day special. Food has little to do with it—no matter what your brain tries to tell you. “Because it’s an irregular routine, the temptation is to think this is a special day, and to make exceptions when it comes to food,” says Doughty. “But Black Friday isn’t a food day—and you shouldn’t be making excuses to get out of your better intentions.” So no, you don’t “deserve” a SmartPoints-heavy breakfast sandwich and hash browns (of course, if you’ve planned that meal into your day, then go for it!). Instead, you deserve to honor your commitment to eating healthy, satisfying foods today and every day. Now, go get that PlayStation!


“The laws of your body won’t change because you want a good deal at Best Buy,” Doughty says. “You will get hungry. So you need to be proactive about bringing good food to factor into your healthy eating plan.” DeCostole estimates that between three and four hours after your last protein-carb meal, your stomach will start grumbling. When that happens, refuel with a 100-calorie pack of nuts and a piece of fruit or a low-fat string cheese and a granola bar with a single-digit sugar gram count. The carbs give you immediate energy, DeCostole says, and the protein sustains you till mealtime.