The effects of prolonged sitting may be more extensive than you think...

If you had to guess, how many hours in the day do you spend sitting? Four hours? Six hours? It turns out British workers spend up to 9 hours a day sitting down, according to research from private medical insurer AXA PPP.

This means our daily sit time is equivalent to a flight to the Caribbean! You could also climb and descend Snowden in that time - which would be much better for your health (although it may not pay the bills).

Across the pond, the 2018 Physical Activity Guidelines Advisory Committee Scientific Report found that that adults and children in the United States spend nearly 8 to 13 hours a day sitting, and it’s hurting our health.

You may have heard the saying "sitting is the new smoking". This is credited to Dr. James Levine, a professor of medicine at the Mayo Clinic. In an interview with the LA Times, he said: "Sitting is more dangerous than smoking, kills more people than HIV and is more treacherous than parachuting. We are sitting ourselves to death."

In the past 10 years, researchers have found that all that sitting creates physiological changes that increase our risk for both acute and long-term illnesses, such as type 2 diabetes and heart disease, as well as our risk of death from cardiovascular disease. Moderate evidence shows sedentary behavior might even increase our risk of death from endometrial, colon and lung cancers.

“Most of sitting’s negative effects relative to health occur when people sit for an extended period of time and don’t get up and move about,” says William Haskell, PhD,  a professor emeritus in the Stanford Prevention Research Center and the Division of Cardiovascular Medicine at Stanford University School of Medicine. Haskell helped write the new guidelines, which include detailed analysis on the health impacts of sedentary behavior.

The health effects of prolonged sitting


Some of the conditions that Haskell found include the following:

While prolonged sitting hurts everyone’s overall health, it’s particularly harmful to those with cardiometabolic risk factors, such prediabetes, diabetes, or heart disease. But people with those factors are not the only ones who prolonged sitting will affect. Individuals are at risk for these conditions if they lead an inactive lifestyle, have elevated blood pressure and cholesterol, triglycerides and insulin levels, or are overweight. “Particularly when you have multiple of those, that’s the category of people who would benefit from sitting less,” says Haskell.

The best ways to break up sitting bouts


Breaking up bouts of sitting reduces the risk of developing these serious health consequences. But standing alone may not be the answer, since you’re going from one static position to another.

“We still have questions about how much benefit just standing at that desk has for long-term health,” says Haskell. When it comes to muscular and heart health, getting up from a seated position and moving may be more beneficial than standing alone.

“You have some muscle contraction going on when you’re standing, just to support yourself, but it’s been shown in animals and humans that important enzymes get enhanced in skeletal muscle as a result of contraction,” says Haskell, adding that merely one session of aerobic exercise increases the enzymes lipoprotein lipase and lecithin cholesterol acyl transferase s/b acyltransferase, which contribute to favorable changes in blood cholesterol, including decreasing total cholesterol, triglycerides, and LDL-C (low-density lipoprotein or bad cholesterol), and increasing HDL-C (high-density lipoprotein or good cholesterol).

Prolonged standing has its own health risks. Previous research on factory workers showed that standing a long time contributed to their back pain and other health risks, says Gibbs.

“Prolonged sitting and prolonged standing are probably both harmful for you, and it’s really about the ability to break it up and alternate postures,” says Matt Buman, PhD, who researches sedentary behavior interventions. To avoid the initial muscle soreness that comes with interrupting a sedentary lifestyle, Buman advises people to build up to longer standing times. “We found that people who work into these activities slowly tend to be more successful in the long run,” he says. 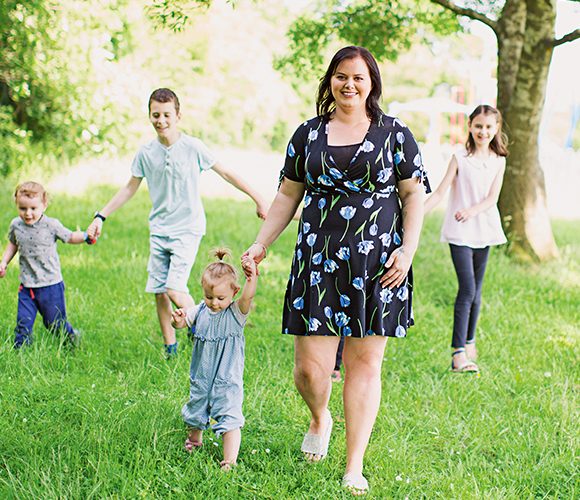 
Getting up is only the first step. To have a major effect on reversing the damage of prolonged sitting, you need to reduce your daily sitting by at least two hours, says Haskell. Buman recommends cutting daily sitting time in half.

Researchers are still trying to pinpoint the maximum time it’s safe to sit and how long of a break you should take to make a difference. For now, follow these expert guidelines: Aim to get up and move for two to five minutes after every 30 minutes to an hour of sitting, whichever is most feasible for you. “Every time you take a little break, you’re turning your body back on which is kind of turned off when you’re sitting too long,” says Gibbs. Here’s what else the experts suggest you do to break up bouts of sitting.


Desk jobs keep the majority of Brits seated during the week. But there are health risks of sitting at a desk all day. In recent years, sit-stand desks have become the intervention of choice, with more and more companies embracing the idea of getting their workers to stand more, says Buman, an associate professor in the college of health solutions at Arizona State University.  Comprehensive programmes that actually get workers to move more have been slower in coming.

If you’re able to stand, be aware of your posture when you do. Our bodies tend to gravitate to the position that is the most comfortable. To ensure that you’re standing tall, ask yourself:

“The evidence is pretty clear that a desk alone is unlikely to produce substantial long-term changes over time,” says Buman. Whether or not you have a sit-stand desk, make sure you move throughout the day. If you can’t leave your desk, switch to the standing desk mode and walk in place.

Use tricks to force yourself to move more, suggests Buman, such as using the bathroom or copier farthest away from your desk. And take the stairs. “The added benefits on your muscles of walking up and down the stairs is really excellent,” says Haskell.

Consider an activity prompter, such as a Fitbit, which reminds you to take 250 steps in an hour—translating to a two- to three-minute walk, says Gibbs. Her research found that office workers who used an activity prompter to break up sitting bouts with movement were able to reduce their lower back pain disability by 50 percent.

RELATED: How to connect your Fitbit to the WW app

During a long flight


With its cramped seating and flight regulations, air travel can make it difficult to break up these sitting bouts. Flex your calf muscle by straightening your legs and lifting your heel off the floor, which helps increase circulation, says Buman. “As much as possible, move the lower limbs when you can and break it up with walking in the aisles.”

RELATED: How to keep fit on your holiday without even trying

During a long drive


If your daily commute lasts an hour or more, find ways to interrupt it. Run errands that force you to get out of the car. Stop for a coffee or to buy your lunch en-route (unless you've packed your own, of course). When possible, switch to public transportation, says Buman, where you can stand instead of sit.


Researchers don’t know why, but TV binge watching appears to be even more detrimental to your health. “The time you spend watching TV has additional risks to your health beyond just the amount of time you spend sitting,” says Buman. Eating while watching TV may be partially to blame, promoting mindless eating that can disrupt your body’s cues of satiety, he says, so skip the snacks. To enjoy your TV time, use commercial breaks as natural cues to get up and move. “You can watch the TV while you’re not sitting,” says Buman. Some ideas: do household activities, such as ironing or washing the dishes, during TV time.

RELATED: How to fit exercise into your life

Where exercise fits in the standing-sitting equation


For maximum benefit to your health, it’s important to break up not only prolonged sitting but also an overall sedentary lifestyle with exercise, says Haskell.

Despite previous research to the contrary, recent data reviewed for the 2018 Physical Activity Guidelines shows exercise does indeed play an important role in reducing the risk of sedentary behavior. “It doesn’t eliminate it, but your risk is substantially less in terms of all-cause mortality over the next 10 years in people who get frequent bouts of brisk walking even though they sit a lot,” says Haskell.

Haskell says the data shows that getting at least 30 minutes a day of brisk walking, six days a week, substantially counters the increased risk caused by prolonged sitting. He recommends that someone in their 40s or 50s walks at a 3.5 mph pace, 4 mph for someone who is younger, and 3 mph or slower for someone older.

The more moderate-to-vigorous physical activity you get, the greater your reduction in all-cause mortality related to prolonged sitting, says Haskell. A meta-analysis of more than 1 million adults found sitting was not associated with significant mortality in those who reported getting 60 to 75 minutes of moderate intensity exercise daily.

Without added exercise, standing up or breaking up sitting won’t be enough to help aid in weight loss. “Standing up isn’t going to burn a lot of extra calories in an hour,” says Gibbs. “This is not going to be a solution for big weight loss in the short term, but I do think that using a stand desk and taking those movement breaks can help us burn an extra 100 or 200 calories a day. And we know that over time that’s really helpful for weight-gain prevention and weight-loss maintenance.” And, ultimately, health.

RELATED: What happens when you don't take 10,000 steps a day