For WW member Tracy, mental and physical health are two sides of the same coin, both in need of careful nourishment. Here, Tracy celebrates her amazing 94lb weight loss and the lessons she’s learned along her WW journey.

“A stroke in the family was a wake-up call”

You could say I’ve had a rollercoaster couple of years. I first joined WW back in 2014, after my stepfather Mervyn had a stroke. In his sixties at the time, he’d been fit and healthy up until then, but his experience brought home how precious my own health was.

To be honest, I was far from healthy. Even though I was only in my late thirties, I’d already suffered with knee trouble and back pain, and was constantly tired. Affectionately nicknamed ‘Big Tracy’ since my teens, I became even bigger in my twenties, after having three sons.

I’ve always loved food, but as a busy parent, I snacked constantly – on things like sandwiches, sausage rolls and crisps – just to get through the days. They provided me with fuel, but not the right sort. Every so often I’d panic and go on a quick-fix diet, but any weight I lost I always put back on. 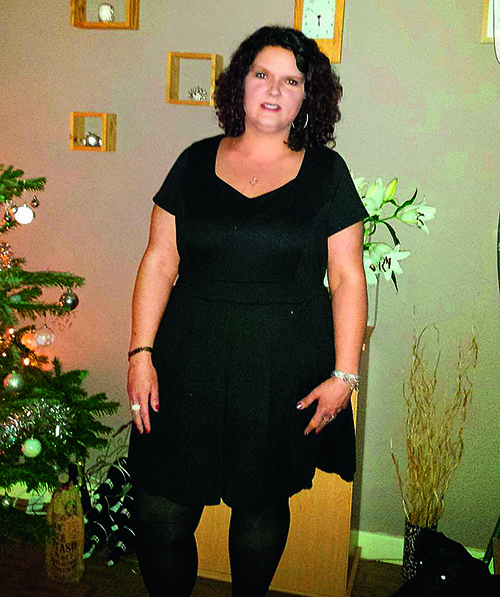 Mervyn’s stroke was my wake-up call to make the changes I so desperately needed. I was just over 19st, and it motivated me to join WW. My husband Paul and our boys – Ryan, then 19, Dylan, 15, and Reece, 13 – encouraged me. They loved the low SmartPoints® versions of our family favourite meals. The boys even nabbed my WW chocolate bars and jelly sweets from the kitchen cupboard!

“I joined the gym and hiked at weekends”

Within three months, with the support of my weekly Workshops and inspirational Coach, I was thrilled to lose 2st. Then, unexpectedly, Mervyn died of pneumonia. My mum Jean and I were devastated, but she told me to carry on with the WW journey that he’d motivated me to start.

That made me even more determined. I began exercising, got a Fitbit and would take our dog Kao for longer walks, building up to 10-mile hikes at weekends. Stepping into a gym for the first time in my life was daunting, but as it was only three minutes’ walk from my house, I didn’t have much of an excuse not to go.

I’d always imagined the gym to be an intimidating environment packed with slim, toned people judging those who didn’t measure up. It was anything but. The people in my Cheerobics class were all shapes and sizes, and friendly with it. When the instructor handed me a pair of multicoloured pom poms for the class, I laughed at how wrong my idea had been, as nobody took themselves seriously. Soon I found myself doing two or three classes a week.

When I hit goal – 11st 5lb – in June 2016, Mum said, ‘Mervyn would be so proud of you.’ I was proud of myself, too, for losing 7st 11lb in excess weight. After struggling with my size for so long, it was liberating. I was maintaining my weight and still attending Workshops; I loved my new life and felt like a different woman.

“Another family trauma led to depression and weight gain”

But, 10 months later, my nerves were to be tested again when I returned from work one afternoon to find my middle son had attempted suicide. There had been no warning signs. Dylan was the chirpiest of my three boys – the funny man and the joker. He’d lost his job a few months earlier, around the same time his relationship ended, but seemed to be coping well. My whole world crumbled and I was racked with guilt. Paul and I felt overwhelmed by the world of doctors, psychologists and therapists we were thrust into.

Over the next couple of months, while just about holding it together for Dylan and trying to keep the day-to-day going, I lost control of other areas of my life. Crisps and chocolate gave me quick blasts of pleasure, seeming to numb my pain. I stopped going to Workshops and when I put on 2st in three months, became depressed.

Then something clicked inside me: if I wasn’t in a good place mentally, I was no use to Dylan. To support him, I needed to look after myself as well. So I returned to my Workshop, where everybody was supportive and kind. I discovered that WW had partnered with the mindfulness app Headspace to focus on mental wellbeing alongside weight loss. It was perfect timing for me. At bedtime I listened to stress-management meditations through my WW app. And I would congratulate myself on my little daily victories – reaching 10,000 steps or carving out some me-time to relax in the bath. Paul began accompanying me on evening walks with Kao and we used the three-mile strolls through the countryside as therapy sessions, sharing our worries and, if we needed to, having a cry. Then we’d step through the front door, ready to slot into our Mum and Dad roles again.

“I’ve stayed on track during lockdown”

I’ve recently had to call upon the mental health and wellness skills that WW taught me again, during the nationwide period of lockdown. The first week was tough, especially for Paul who was in the ‘shielded’ category after losing his spleen in a car accident years ago. At first I felt panicky and really missed our walks and my sessions in the gym. Then WW set up Virtual Workshops online and I found comfort in that connection with normal life.

After being furloughed, I realised I could use the extra time to achieve my dream of learning to hula – so I ordered a weighted Hula Hoop from Argos. And, with headphones on and music blasting, I started doing 20-minute fitness sessions by running up and down my hallway.

We’ve also learnt to adapt food-wise. When the boys missed their takeaways, I experimented with two-ingredient pizza dough, making it with flour and 0% fat natural Greek yogurt.

Despite all that I’ve been through, I count my blessings and know I’m lucky to be fit and healthy. For so long I felt defeated by my weight, but now I’m in a good place, mentally and physically. At the minute, I’m a little above my goal weight, but I know I have the tools to get back there. My sense of wellbeing shines at home and rubs off on my family – my lifestyle change has gifted me a brand new, positive perspective. 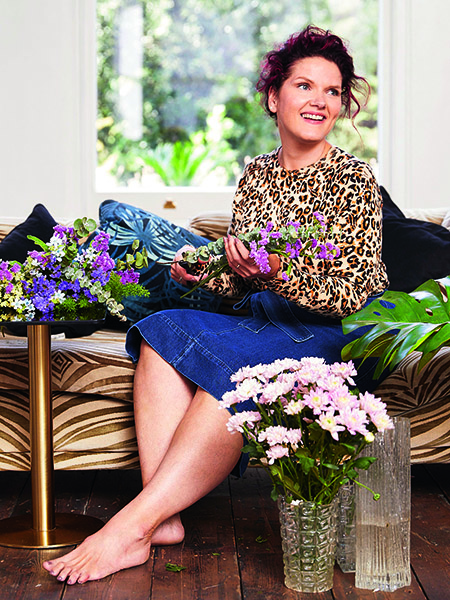 See Tracy in action in our new TV ad!