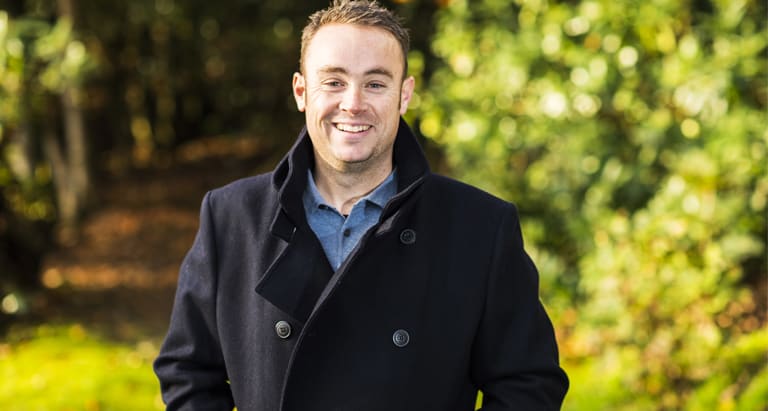 Dad Scott is always on the go, whether that’s with his two daughters or when travelling for work. With WW, he can be flexible without missing out!

"Joining WW was the best thing I could have done!"

Sitting on the plane as we waited for takeoff on our flight to Kos in the summer of 2016, I reached for my seatbelt. My partner, Jen, and daughter, Adele, were beside me and as I tried to buckle up, the seatbelt wouldn’t reach. I was so embarrassed. Weighing more than 21st, my waist measured around 50 inches and I had to ask the hostess for an extension. It put a real downer on the whole holiday and I knew right then that I needed to tackle my weight problem once and for all.

My weight had never been a problem until I stopped playing football in my 20s and the lack of activity meant I piled on the pounds. I was a big fan of Chinese takeaways, preferring to order one than cook a healthy meal while Jen, who is a midwife, was on a shift. At work in my job as a mechanic, I’d go out and buy ready meals to cook for lunch, believing that something as ‘healthy’ sounding as a tuna bake was good for me. Now I know those ready meals can be as much as 24 SmartPoints per pack, so no wonder I was getting bigger!

Although I’m a pretty confident guy, it was affecting my life. I couldn’t run around after Adele, now 6, and even walking up the stairs to bed would leave me out of breath. The thought that I could develop diabetes like my dad and grandad was a big motivation for losing weight. Now that I have another daughter, Ella, I don’t want either of my children worrying about me or my health.

I tried other diets. One involved drinking lots of shakes and water. I lost 5st but as soon as I finished the diet, I put it all back on again. I needed something that would fit my lifestyle.

Joining WW was the best thing I could have done. My WW Coaches have been so encouraging. Here was a plan where no food was off limits and I could eat what I liked as long as I tracked it. The weight came off really steadily.

WW suits my lifestyle down to the ground. I work for a go-kart racing team, so I go all over the world and spend a lot of time in hotels. The fact that there are so many ZeroPoint™ foods means I can choose a hotel meal like a fish platter and not have to worry about tracking if I don’t have time.

I'm loving ZeroPoint foods: I never used to eat anything like lentils or beans, but now I often use them to bulk out recipes such as Bolognese or chilli.

I use Connect in the WW app all the time and have about 1000 followers who chat to me about the plan. I posted a photo of myself the other day and got around 500 comments, which was mind blowing. The comments I get on Connect really keep me motivated.

*Scott has been following the plan since November 2016.