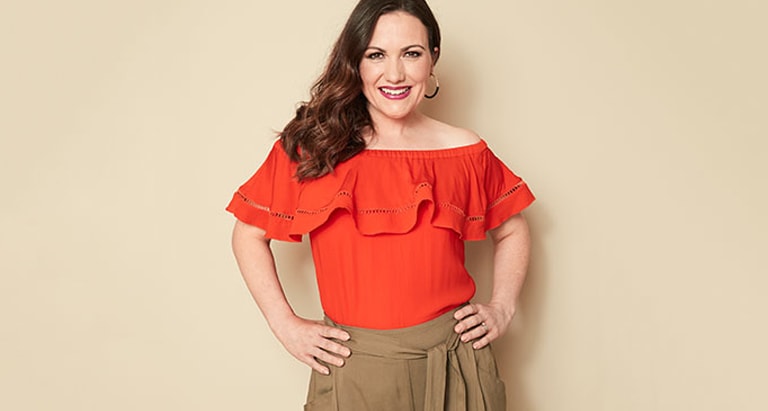 Sarah: I made time for myself – and I feel fab

After having three kids and gaining 4st of baby weight, Sarah no longer felt like herself...Now she’s transformed into a yummy mummy, her self-esteem is through the roof, and she wants to send a message to other mums out there…

"I feel fitter, lighter, and healthier than I did at 18, and my confidence has skyrocketed."

Wearing a size 18 felt terrible, but I had an excuse – I’d just given birth to my third son, Freddie, and had gained 4st during the pregnancy. So, despite feeling down about my size, it wasn’t until I bumped into an old friend that I started to consider doing something about it. She looked incredible, and when I asked her what was different, she said she’d lost 7st with WW.

The heaviest I'd been

A few weeks later, I joined my local WW Workshop and discovered I weighed more than 13st – the heaviest I’d ever been. But, with the help of my WW Coach Tracey, I calculated that even if I lost just 1lb a week, I’d get to goal in a year. It seemed like a mountain to climb, but I was determined.

Small tweaks and portion control helped me shed a stone in my first month. Suddenly I had more energy, felt healthier, and my clothes started to feel looser. I started going for walks with Freddie in his pram more often, and even started a small running group with other members I’d met on Facebook. It wasn’t long before I could run 5km – something I’d never have managed before.

No excuse is a good excuse!

As planned, I reached goal in a year. When I returned to work after maternity leave, some of my colleagues didn’t even recognise me! I feel fitter, lighter, and healthier than I did at 18, and my confidence has skyrocketed. I might have three kids, but I’ve learned to make more time for myself and now, 4st lighter, I can spend that time shopping for skinny jeans! My advice? No excuse is a good excuse – get started now.