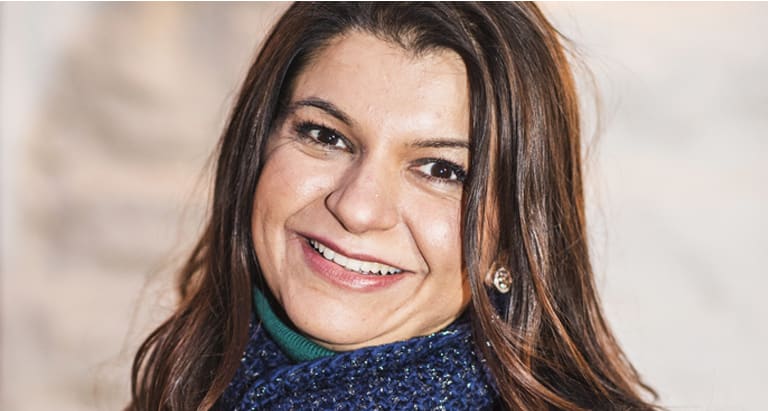 Mariam loves how simple it is to fit WW Freestyle into her lifestyle – she’s lost a stone so far!

"Chickpeas, sweetcorn and eggs are firm favourites in our house, so it’s great that they’re on the ZeroPoint™ foods list." 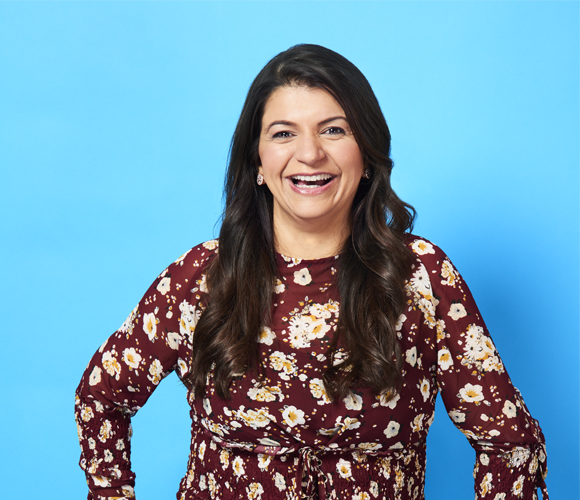 You can’t work at WW head office and not be inspired to keep healthy. Tipping the scales at over 16st, I was surprised to be offered a job in the payroll department in 2014, but I soon learned that WW isn’t about judging people. It’s about encouraging them to be the best they can be.

My own weight problems started when I moved to the UK from Pakistan in 1995 with my husband, Kamran. Suddenly I had lots of freedom, plus my own money, which meant I ate what I wanted rather than the healthy foods that my mother used to cook.After having my first daughter, Amani, in 2005, I started working at Calvin Klein on London’s Regent Street. I was incredibly busy and – like so many mothers with young families – I found myself looking after everyone but myself. I had a long commute and I’d either skip breakfast completely or grab a croissant from Costa. Lunch could be a Snickers bar and a cup of tea or a samosa from a corner shop on Carnaby Street. My knees and joints used to ache while running up and down between underground stations.

It was starting work at WW that proved to be a turning point. I always assumed I’d be in an office full of women who were a size 6, but that’s not the case. These are real people with real stories – one WW Coach, who I assumed had always been a size 10, showed me her before picture and she’d previously been a size 22. It was incredibly inspiring and encouraging.

I was buzzing about trying out WW Freestyle. Finally I’ve found a plan that fits perfectly into my lifestyle. The ZeroPoint foods list is so vast that I’m finding it very easy to follow and I’m making up my own recipes. The fact that lentils and chickpeas are ZeroPoint foods makes such a difference because they are used in so many Pakistani and Indian recipes. Having eggs and sweetcorn on the list too, is the icing on the cake. I have been experimenting with lots of different recipes using them.

A big plus is that I can save up most of my SmartPoints for my main meal in the evening. Dinner is very important in our house: it’s a time when we can all sit together as a family and discuss our days. I’ll have an omelette or two slices of toast with reduced-sugar jam for breakfast, lentil or veggie curry for lunch and then a big meal in the evening. At first, I started cooking WW Freestyle meals for myself while still cooking normal meals for the rest of the family, but the girls were so jealous of my meals that the whole family has started eating what I eat and they love it. Even Kamran no longer asks for the heavy, oily Asian dishes I used to cook every day.

WW Freestyle has not stopped me eating anything but it has educated me. I now know that a tablespoon of oil is 4 SmartPoints, so I try and use less oil in my curries. If I don't need to use extra oil then why should I? Amani and Ayana love my zero SmartPoints value chicken tikka, which I serve with salad – they like theirs in a wrap or a chapatti.

I feel WW Freestyle is my ‘forever’ plan because it’s so simple and fits with my lifestyle.

How I use ZeroPoint foods: I like experimenting with chicken and using it as a filling in different sandwiches. I mince chicken breast, cook it with chilli flakes, salt, cumin seeds and fresh coriander, and then keep it in the fridge. I use it as a sandwich filling and cook it in a sandwich press until it’s golden and crisp.

I love the WW app: I used to be a pen and paper fan, but now I’m living on the app. The fact you can access it on your phone means you’re rarely without it, so there’s no excuse not to track. It’s easy, simple and fast. I like the fact I can forward plan. If I’m in bed at night and I know what I’ll be having for breakfast the next day, I can track it then and it saves time.

Every day come rain or shine, I will go out for a 45-minute walk during my lunch break. Sometimes I listen to music, sometimes I go shopping or make a phone call abroad to my family, but it keeps me moving.