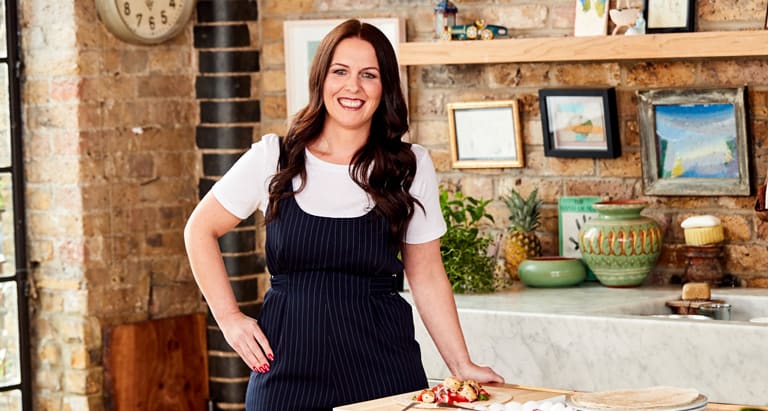 Posting weekly weigh-in results and being completely honest about her struggles on Instagram engaged other members and helped Louise on her weight loss journey.

"It’s great how you can use rollovers for the weekend or a special event. "

Walking past a McDonald’s with my seven-year-old twin boys Jack and Alfie, you won’t hear them asking for a Big Mac. Ever since I started cooking WW recipes for the whole family, they tell me they prefer my meals to any fast food, which is the biggest compliment a mum could ask for.

I’ve always been someone who has to watch their weight, but it was after having my sons in July 2010 that I really struggled. I’d put on over 3st and was determined to lose it myself, but without the structure of a weekly meeting to spur me on, I failed every time. I could eat healthily in the day but evenings were my downfall. As soon as the boys were in bed and I had a moment’s peace and quiet, I’d pick at crisps and biscuits. I got bigger and more breathless with every pound that crept on and it began to affect my confidence. I stopped wearing clothes that showed off my figure and started covering up in baggy tops.

It was after a holiday to Norfolk in 2014 that I decided to take action. My husband, Chris, showed me a picture he’d taken of me holding up one of the boys and I was shocked. I barely recognised myself and thought, ‘This has to stop.’ I wasn’t happy with how I looked, but I also wanted to be a healthy role model for my sons. I joined WW when we returned.

I’d started an Instagram account (lou_wwgoldmember) the January before I joined WW, but once I started the plan, I posted pictures of my meals and included the SmartPoints® values so people could follow my journey. I’d post my weekly weigh-in results and was completely honest about whether I was struggling or not. People seemed to engage with that, and I now have over 40,000 followers, which is incredible. They tell me they love my recipes too. I make a lot of fakeaways – something like  chicken tikka masala and brown rice with mint dip is always delicious.

I'm impressed at the number of foods on the ZeroPoint™ foods list. Last week, I was going out to Nando’s for a meal so I ate ZeroPoint foods all day and had plenty of SmartPoints left to eat in the evening.

My favourite things about WW:
1 I’ve noticed since being on WW that not only am I losing weight, but my skin is better and I feel great.

2 I love the flexibility of being able to eat ZeroPoint foods during the day if I want to have a bigger meal in the evening.

3 It’s great how you can rollover SmartPoints for the weekend or a special event.

I’d be lost without the WW app! I mainly use it for tracking my meals and using the barcode scanner in the supermarket. I love the blue dot challenge to stay on track.