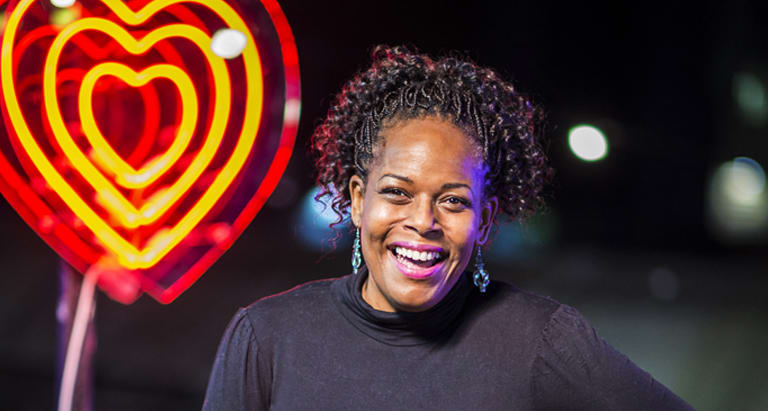 Leonie: I was taking control of my life

Having lost 4st already, Leonie knows this is a plan she’ll follow for life, not just until she’s lost the extra weight

"One thing that really helped me was support from the Connect community. It was my fellow Connect members who encouraged me to do my first run and now I can’t get enough of it." 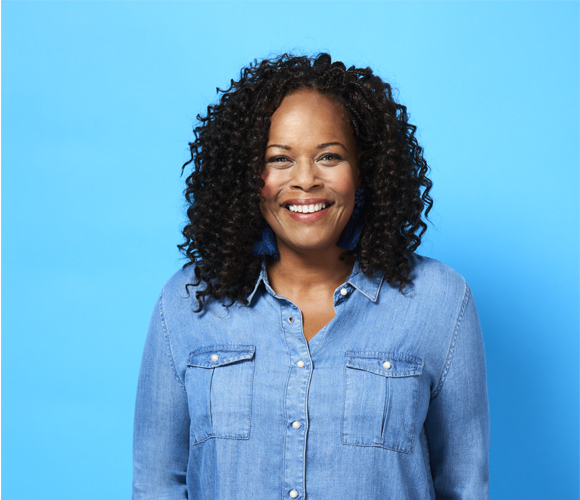 Last week, as I returned from yet another shopping trip, my sister said: ‘Leonie, you’re going to have to stop spending money on new clothes – you’re going to get even smaller and you won’t have chance to wear them!’ I know she’s right, because I’m determined to lose the two stone I need to get to goal, but I am so in love with fashion right now that I can’t help myself.

This is such a change from two years ago when I refused to buy any new clothes. Even in the freezing winter of 2015, at a size 22-24 I didn’t have a coat that would fit me. But there was no way I was going to spend a penny on myself because I felt I didn’t deserve it. Instead I put on as many layers as I could and hoped for the best. Yet in the summer I’d had the opposite problem – I couldn’t find anything that would keep me cool yet would cover me up. It was beginning to get me down.

I hadn’t always been this big. The weight had crept on when my father was diagnosed with dementia in 2014 and my sister and I became his carers. I was holding down a full-time job and trying to do my best for Dad but it was so stressful that I turned to food as a comfort. I would come home tired from work as a studio manager, lock my door and eat an entire tub of Häagen-Dazs ice cream. My social life went out of the window and I stopped caring about what I looked like. I wanted to hide way from the world.

It was when I changed jobs in 2016 that something clicked. My new office was up a couple of flights of stairs and I each time I climbed them, I had to stop at the top before I opened the door to the main office. I’d be sweating and puffing and was paranoid that someone would see me. Around the same time, I spotted an advert for WW and a friend had also recommended it. I’d tried loads of other diets in the past but never stuck to them. So why not give this a go? When I walked into class for the first time, it simply felt right.

This wasn’t a diet. It was a lifestyle. I hadn’t weighed myself in years and although I was shocked when I saw the number 18 on the scales, I came away from the WW Workshop feeling totally pumped. I stopped eating junk, laid off the ice cream and although I’m not particularly fond of cooking, I would buy healthy ready-meals that I could track. It was more convenient for me, particularly as I was often so busy looking after Dad. After my first week, I’d lost more than half a stone.

The weight has been coming off steadily until this April when I reached a size 14 and was feeling much happier. I got into the mindset mentality of maintaining rather than losing, which meant I plateaued and even put a few pounds on when I went on holiday over the summer. I was struggling so much that I logged onto Connect and said to fellow members: ‘Help! I’m hanging on here by my fingertips!’ So WW Freestyle could not have come at a better time because I needed to shake things up.

My first impression was good. I absolutely love eggs and when I saw that they were one of the new ZeroPoint™ foods, that made me very excited. Then I saw that beans, lentils and corn on the cob were also on the list, which is great because I can bulk up a tasty chicken and kidney bean stew and make a large batch, which lasts throughout the week. Thanks to all the protein in the programme, I feel fuller for longer. I can even fit in one of my favourite ready-meals in between those days if I get bored.

I’ve only been on the plan for a short while but already I’ve lost 7½lb and I’m thrilled. More than that, I’m feeling healthier. My body is shrinking more than the weight suggests and although I’m a keen runner at the gym, I’ve noticed that I can now do incline runs and at a faster speed. My confidence has soared. I even changed jobs so I’m working part-time in a spinning club called Cyclub so if there is ever a free bike in one of the classes I jump on.

*Leonie has been following the plan since April 2016.