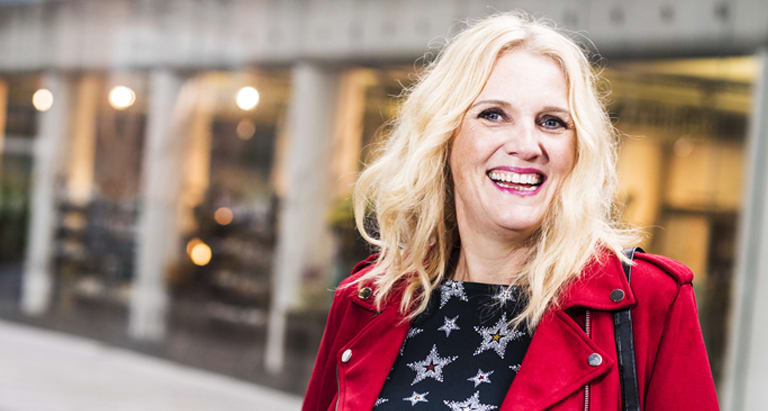 Struggling with her weight since her mid-twenties, it was a holiday photo that spurred Kirsty on to do something about her weight

"Now I love how I look and you’ll never catch me deleting a photograph of myself these days." 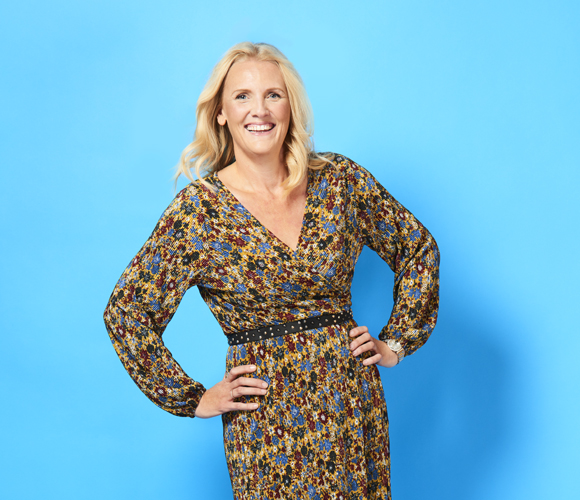 Scouring the rails of clothes, searching for something to wear for my holiday, I felt close to tears. There was no getting away from it. The size 18 leggings and tops that I’d been squeezing myself into for years were beginning to pinch. I knew I’d have to go up to a size 20.

Worse was to follow. When I returned from that holiday and saw the photographs, I was horrified. I looked huge. My smile was so fake. I deleted every single photograph.

Fast-forward five years however and I’m more than happy to stand in front of the camera. I’d never have believed that I’d have the confidence to take part in a shoot for a magazine or TV commercial. Yet here I am, a size 10, wearing skinny jeans and tight-fitting dresses and feel more confident than ever.

I’d struggled with my weight since my mid-twenties when I had my first daughter Chloe. Until that point I’d been slim but while pregnant I ate everything in sight and put on around 4st. I lost a couple of stone before I got pregnant with my youngest daughter Jess. In fact, I was very sensible about what I ate when I was expecting her because I had to fit into my wedding dress a few months later. On my wedding day in May 2006, I was a relatively slim size 12-14 and felt amazing.

It was around seven years later, when my marriage broke up, that the weight really began to creep on. My confidence was shattered, I was drinking more wine and staying in at home feeling sad, miserable and alone. I turned to food as comfort and the more I ate, the less confident I became and so the more I ate. It was a vicious circle. I tried various diets but my heart wasn’t in it. I know now that I need the structure of a class and an inspiring WW Coach to keep me on track. But at the time, I felt like a failure.

I managed to lose a couple of stone all by myself but then couldn’t shift anymore. But I felt better enough about myself to start dating and three years ago I met my partner Paul, who has been my biggest supporter. It was when I saw a yet another picture of myself on a night out for my birthday at the end of January 2016, that I knew I needed to do something about my weight. Paul needed to lose a few stone too so and we vowed to tackle our weight problem together. I joined WW and he follows the plan at home.

It was around the time that SmartPoints had been introduced and I liked the sound of it. I tracked everything religiously, stayed at the WW Workshop every week and the weight fell off. Within five months I was at goal and felt fabulous. So I was pretty nervous about trialing the WW Freestyle™ programme, after all, if SmartPoints works, why change it? When I saw the huge drop in SmartPoints that I was allowed per day, I couldn’t believe that I wouldn’t go hungry. It seemed like a huge reduction. But then I saw the list of over 200 ZeroPoint™ foods and felt reassured. For the first couple of weeks though I tracked everything, even though I was following WW Freestyle, just to reassure myself that it would work. It did. And I’ve found it fits into my lifestyle perfectly.

I’m enjoying making new dishes such as chicken pasta and fajitas and I’m never hungry. I like how it’s so flexible so if I need a carby day, I can fill up on oats, bread and wraps but have not worry too much over the rest of the week. Or if I’m going out in the evening, I can rollover SmartPoints and pick something healthy like a steak and jacket potato.

I am much more active. Paul is my running partner and we go out three times a week, running for at least 5km a time and I’m aiming for a 10k. I’m looking more toned and my legs are positively skinny, so much so that my daughter jokingly tried to force-feed me a bourbon biscuit the other day saying she didn’t want me to get too thin! Now I love how I look and you’ll never catch me deleting a photograph of myself these days.

*Kirsty has been following the plan since Feb 2016.