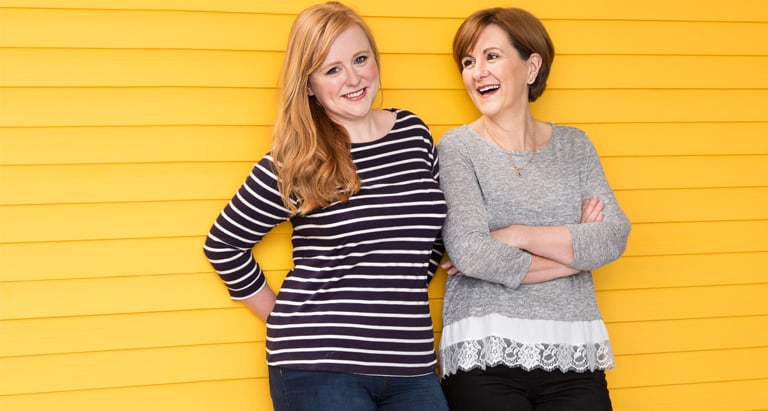 Jodie: I'm determined to reach goal for my sister's wedding

Along with her mam, Jayne, they can motivate each other

"I'm determined to reach goal for Kelly’s big day and look my best in her wedding photos."

Holiday of a lifetime!

My boyfriend, Mikey, whisked me off on holiday in September 2015, to swim with dolphins off the coast of Mexico. It was such a thrilling experience. But when the organiser handed me a souvenir photo of the day, I was shocked. There I was, in a tight life jacket and t-shirt, with a huge belly on show. I was so disappointed with myself.

My weight had always fluctuated, especially while I was at university, drinking and eating all the wrong things. I’d tried WW in the past and knew it worked, but had stopped going to meetings because I thought I could manage my weight on my own.

I’ve had type 1 diabetes since I was six and had become complacent about it, eating a bit of chocolate here and there and injecting myself with more insulin to compensate, which also causes weight gain. I knew it was time to get back on track, not only for my looks, but for my health, too. When my sister Kelly announced she was getting married, I knew it was time to re-join WW.

Mam, (Jayne) had been feeling low about her weight for some time too, so when I suggested we join together, she agreed. It’s been great because we motivate and encourage each other every week.

I can make it to the end of my spinning class!

Simply tweaking my eating habits, such as ordering steak with salad rather than chips on a night out, can make a big difference. I’ve also joined a gym and now love going to classes like body combat or spin. Sometimes it’s hard to order a salad when your boyfriend’s ordering chips, but it’s worth it when you step on the scales to see you’ve lost 2lb that week.

I’m not at goal yet, and there have been ups and downs. I’m an emotional eater and last year, when I spent several days in hospital with my gran before she passed away, I needed comfort, and tried to find it in food. But with WW, I’m learning that even if I have a bad week or a bad fortnight, I can start over again.