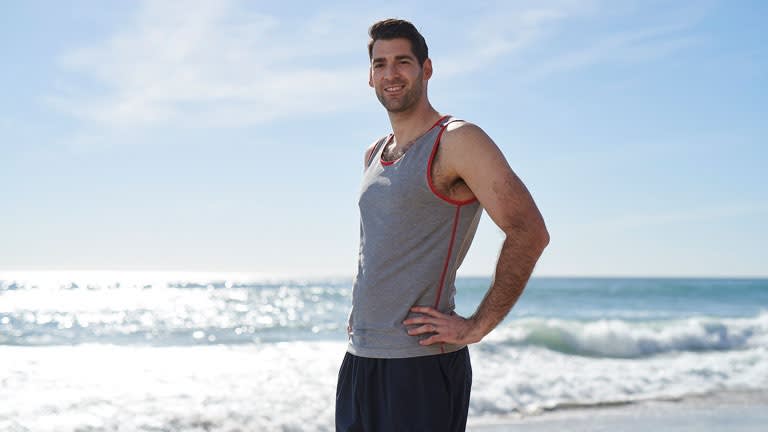 Father of twins Jay took back control and lost 22lb

When Jay’s long work hours and twin daughters left him with little time for exercise, he decided to change his diet to regain control.


Ever since I began my career in finance, I was able to expense as much food as I wanted during long office hours, and I totally took advantage—even though my gruelling schedule left little time for me to work up an appetite at the gym.


Then, when my wife got pregnant with our twin daughters and craved milkshakes at midnight or pizza at 3am, I’d indulge with her. It wasn’t until after the girls were born that I realised just how much I’d let myself go.

At the same time, I felt like I’d lost a lot of the freedom I had before becoming a father—I had even less time to do things for myself, like exercise. Still, I knew there was one thing I could control: what I ate.

How Jay changed his habits


As soon as I downloaded the WW app, I realised that WW Freestyle is for everyone. I’ve always been a competitive guy and found that using the app gamified my food choices: I’d use it throughout the day to log the foods I ate and check in at night to review how many SmartPoints I’d eaten.

If I went over my daily limit, and tapped into the extras you get each week, then I’d plan to eat a little better the next day. It felt fun.


I’ve never looked at WW as a diet. For me, it’s more of a lifestyle choice with a little bit of discipline—it’s eating two pieces of steak instead of three and keeping yourself honest.

Now that I’ve lost 22lbs, I can be a better dad. I feel like I can conquer anything that comes my way mentally or emotionally, like the marathon I’ve always wanted to run. One day, I know I’ll cross that finish line.

Josh: "Joining WW was the best decision I ever made"