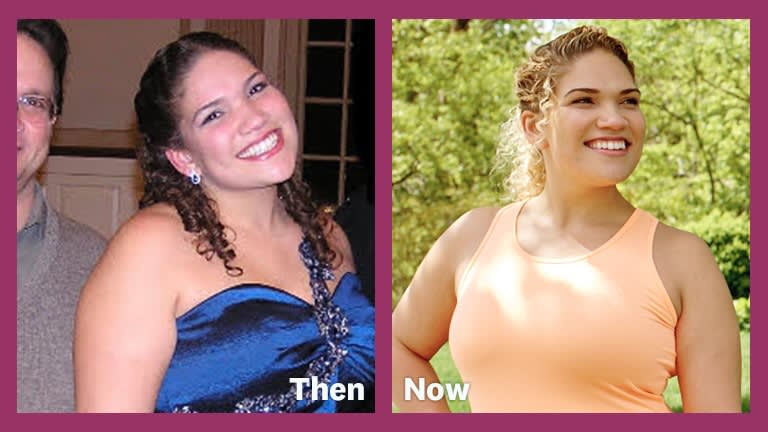 A music teacher and runner, Cassie chose purple to drive her success.
Cassie, 31, lost 11lb* on myWW and 2st 4lb* in total since joining WW in 2017.

*People following the WW programme can expect to lose 1-2lb/week. Cassie lost weight on a prior programme and continued on myWW™.


I thought I looked adorable in the Halloween costume I wore to school in November 2017. But when I saw a picture of myself wearing an XL men’s Jersey Devils jersey posing next to one of my students, I was mortified. It wasn’t the first time I was shocked by my appearance: A photo of my back conducting a student concert had the same effect. I didn’t recognise the person I’d become. I knew I needed to do something, that I couldn’t live this way anymore.

That fall, I walked past a WW Workshop on my way home from church and peeked inside. I recognised the WW Coach - she was a woman who worked at my school district. Convinced the coincidence was a sign, I joined on the spot.


RELATED: Exactly what to expect at a WW Workshop


After my first WW Workshop, the WW Coach who’d led the session asked about my motivation to join WW, or my “why.” When I told her I wanted to build a healthier relationship with food, she urged me to go deeper until I realised that I’d been eating to mask feelings of loneliness and fear that stemmed from my new teaching job and living alone in a new city. I left feeling motivated to make changes right away and stay accountable.

Over the past few years, I’ve found incredible success on WW by making smart substitutions like fruits and vegetables instead of crisps, lightening up favourites with fat-free cheese instead of full-fat alternatives, and using Greek yogurt in everything. I reached my goal weight in March 2019, two-and-a-half years after joining the programme. But after I broke up with my boyfriend during the summer of 2019, my loneliness crept back in, I started gaining weight again.


Every Monday, I’d tried to hop back on the programme without success. It wasn’t until I found out about myWW that I began losing again. A change of pace was just what I needed.

When considering which colour to choose, I gravitated towards Purple because of all the additional ZeroPoint™ foods. Since 2018, I’ve run at least one 5K each month, and I’ve worked up to 4-mile runs, a 10K, a half-marathon, and obstacle course races, too. To fuel up for my workouts, I was blowing through my daily SmartPoints® Budget and using all my Weeklies to eat carbs like wholewheat pasta, quinoa, and potatoes.


What Cassie ate then vs. now

Because my myWW meals are so filling, I don’t snack as often as I used to. Instead of eating for emotional support or comfort, I eat to fuel my body to reach my goals.


Right now, I’m directing two different musicals at my school, conducting a choir, and running every day. Often, I’ll grab ZeroPoint foods on the go because I don’t have to track or measure them. That said, I still like to track foods with SmartPoints values using the WW app, which racks up WellnessWins rewards. I’ve lost 11lb* on myWW, which brings me back to my goal weight. Now I know I’ll be able to maintain it.


Eating more whole, nutritious foods makes me feel stronger. I have more muscle than ever before. 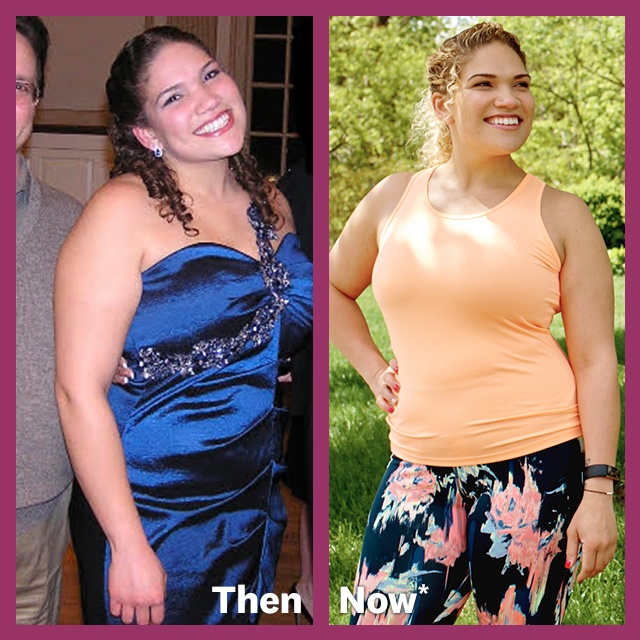