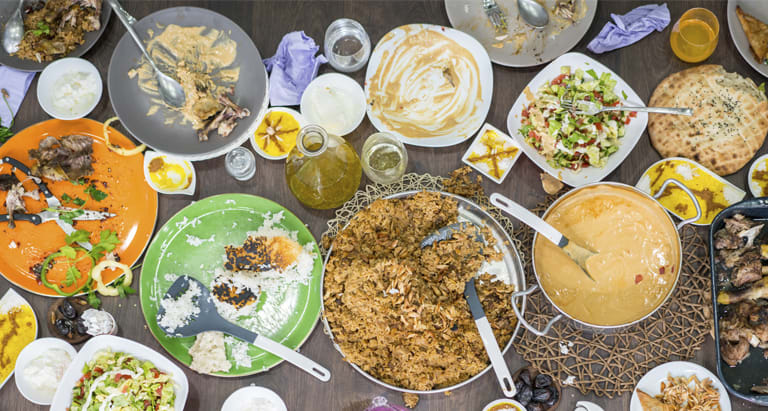 WW Coach, Fozia Ikram-Bashir explains how she will be observing Ramadan whilst still staying on track.

Ramadan is the ninth month of the Islamic calendar, and a time when Muslims across the world will fast during the hours of daylight.  This is a very special and significant time for Muslims all around the world, when they try to give up bad habits.  While fasting from dawn until sunset, Muslims refrain from eating, drinking and smoking.

Fasting is intended to help teach Muslims self-discipline, self-restraint and generosity. It also reminds them of the suffering of the poor, who may rarely get to eat well, thus encouraging charitable behaviours. This year in the UK, Ramadan will take place from the 15th May for 29 or 30 days.

It is common to have one meal (known as the suhoor) just before sunrise and another (known as the iftar) directly after sunset. Because Ramadan is a time to spend with friends and family, the fast will often be broken by people coming together to share in an evening meal.  In the South Asian culture, rich, spicy, deep-fried foods are hot favourites like samosas, pakoras, kebabs, followed by biryanis and curries, topped off with sickly sweet desserts like gulab jaman and rasmalai.

We caught up with Fozia who is a WW Coach in the West Midlands and has plenty of experience when it comes to observing special events in the Muslim calendar, whilst still maintaining her weight.

Fozia shares her advice, along with one of her typical meal plans...

The month of Ramadan is filled with excitement and spiritual uplifting.  But like always, I need to put myself first and be smart about my food choices.  I opt for porridge instead of curry and chappati for breakfast, I'll make oven-baked kebabs and chips, rather than deep-fried versions, and soups as alternatives to rich spicy curries.

Most importantly, I drink plenty of fluids when I can rather than indulging in too much food, especially as Ramadan falls in a summer month this year with long days.

Many people consume all their dailies in one sitting because they make the wrong food choices.  They may not feel like they are eating much, but they are eating the wrong foods which will not help to keep them fuller for longer.  Of course there will be days when I'm eating with family or friends and the preparation of food will be out of my control.  However, I can still be smart in my food choices.  I usually have a smaller serving in this situation and then have a low SmartPoints® value snack once I get home.

Fozia's top tips to stay on track during Ramadan

Popular foods from around the world