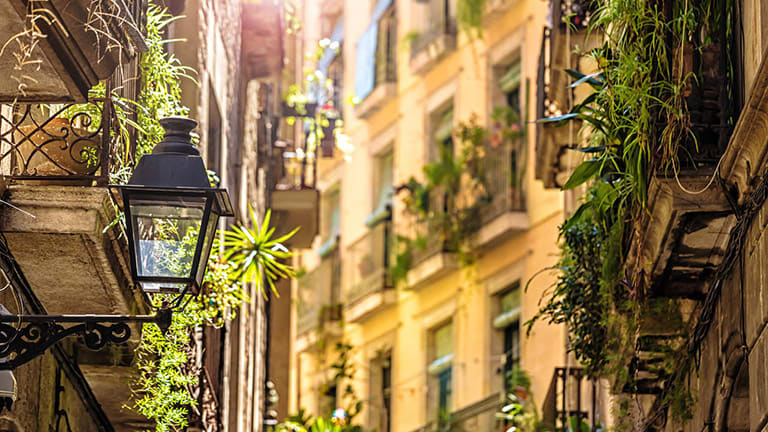 Buckle up...we're off to Barcelona!

A gastronomic paradise and architectural gem, Barcelona is an all-round feast for the senses.

To fill the travel-shaped hole during lockdown, we've teamed up with Travel Curious to send you on virtual city tours, right from your WW app. So far we've been to Venice, Paris and Prague, and this week we're off to beautiful Barcelona!

From colourful Park Güell to its maze-like Gothic Quarter, Barcelona is a feast for the eyes. Add the soothing sounds of the ocean and mouth-watering Catalonian cuisine, and Spain's second largest city becomes a sweeping sensory experience.

Led by an expert tour guide who's lived in Barcelona for eight years, we'll be winding our way through the city's famous Gothic Quarter, soaking up the amazing architecture and unravelling its fascinating history with every step. 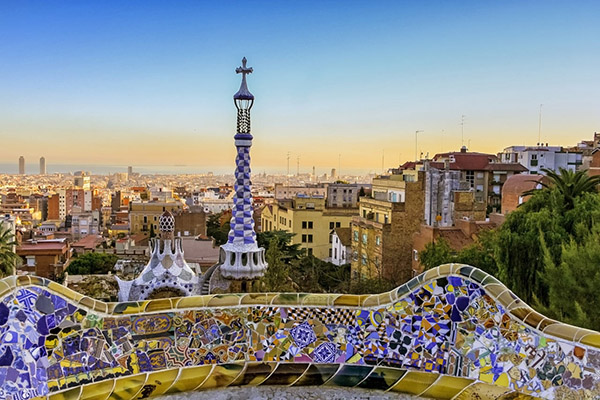 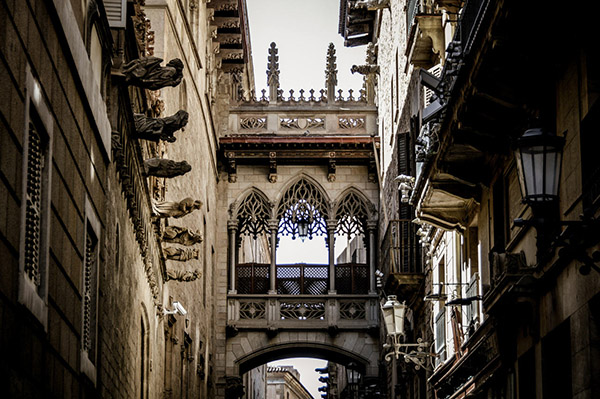 While we won't be seeing it during the tour, Barcelona is also home to the formidable Sagrada Familia, a 19th century basilica that's become a landmark symbol of the city. Then there's La Rambla (the city's infamous leafy boulevard), the Magic Fountain of Montjuïc, unique architectural marvels by Antoni Gaudí, parks, museums (including a chocolate museum!), football stadiums, and so much more. You can easily spend days exploring!

Visitors also flock to Barcelona for the food, where traditional Catalonian cuisine saturates the air with heady aromas and taste buds with unrivalled bliss. Barcelona is a true gastronomic paradise, and food will be a focal point of the tour, including restaurant recommendations.

Speaking of traditional dishes, here's how to recreate them at home, and bring a taste of Spain to your table.

You'll find both traditional Spanish tapas and pinxtos (pronounced 'pinchos') in Barcelona. Tapas are made for sharing - and if you're lucky, sometimes come free when you order a drink - while pinxtos come in individual portions and are always paid for.

Pinxtos are traditionally affixed to a piece of bread with a cocktail stick, and are usually displayed on the counter. Unlike tapas which you order from your table, you pick which pinxtos you want from the bar or counter. Check out our WW spin on traditional tapas:

Bombas are a Barcelona tapas staple, and are very similar to croquettas, fried balls of meat and mashed potatoes covered in crunchy breadcrumbs.

Calamari is usually served battered, fried in olive oil and cut into rings. This popular dish is a must-try!

Padrón peppers are little green peppers which are either mild in flavour or pack a hit of fiery chilli (the variation in spice depends on how they're grown, and how much sunlight and water they're exposed to). Manchego is a cheese originating from the La Mancha region of Spain.

Enjoy a tasty main meal al fresco in one of the plazas, by the ocean or in one of Barcelona's 22 Michelin star restaurants.

Fideuà is similar to paella, but served with noodles instead of rice. It originates from Valencia, but is served throughout Barcelona and all along the stunning Catalonian coastline.

Spanish omelette can be small and individually sized, or big and served in slices. It is filled with onion and chunks of potato, and often served with aioli.

Sipping on chilled tomato soup is the best way to cool down in the hot Barcelona sun.

Scroll down for our takes on crema catalana and refreshing sangria. Churros (fried doughnuts dipped in chocolate) are also a popular dessert throughout Spain, and don't forget to sample a tinto de verano. This cold, wine-based drink is a simpler take on sangria, usually made up of one part red wine and one part gaseosa (a fizzy drink similar to lemonade).

Crema catalana is a Spanish custard dessert made with milk, cream, egg yolks, sugar, vanilla, orange peel and cinnamon. Try our WW spin on this traditional pud which is a lot kinder on your SmartPoints® Budget!

Sangria is an alcoholic punch originating in Spain and Portugal, consisting of red wine and chopped fruit. It's often served with other ingredients or spirits, depending on the region.

All the taste, without the alcohol! Try our take on a booze-free sangria.

Become a WW member to unlock our suite of NEW virtual experiences in the WW app.

From cookalongs to city tours in some of Europe’s hottest destinations, we’ve introduced a whole range of new virtual experiences in our 4.8* rated WW app.